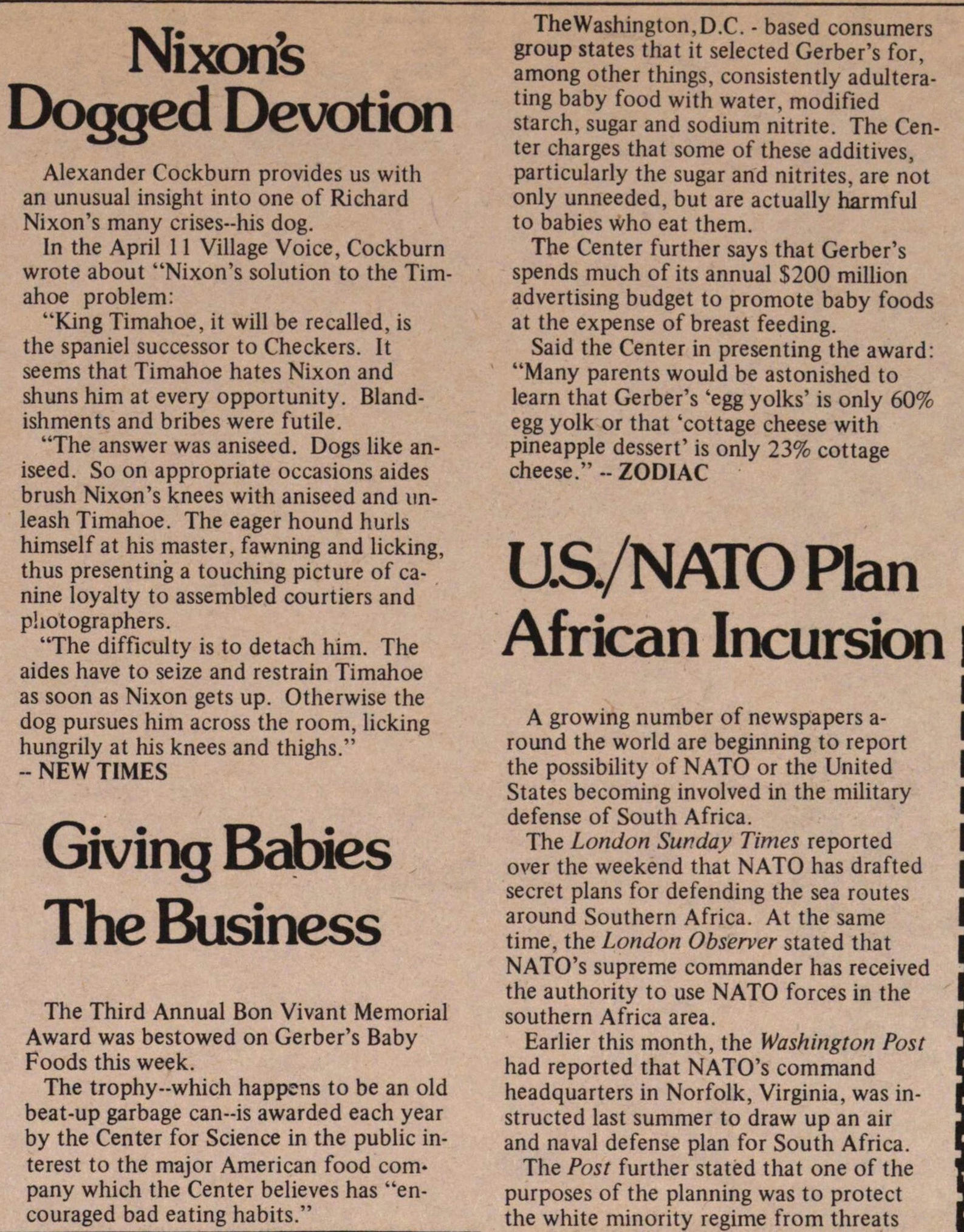 The trophy-which happens to be an old beat-up garbage can--is awarded each year by the Center for Science in the public interest to the major American food company which the Center believes has "encouraged bad eating habits."

The Washington, D.C. - based consumers group states that it selected Gerber's for, among other things, consistently adulterating baby food with water, modified starch, sugar and sodium nitrite. The Center charges that some of these additives, particularly the sugar and nitrites, are not only unneeded, but are actually harmful to babies who eat them.

The Center further says that Gerber's spends much of its annual $200 million advertising budget to promote baby foods at the expense of breast feeding.

Said the Center in presenting the award: "Many parents would be astonished to learn that Gerber's 'egg yolks' is only 60% egg yolk or that 'cottage cheese with pineapple dessert' is only 23% cottage cheese."