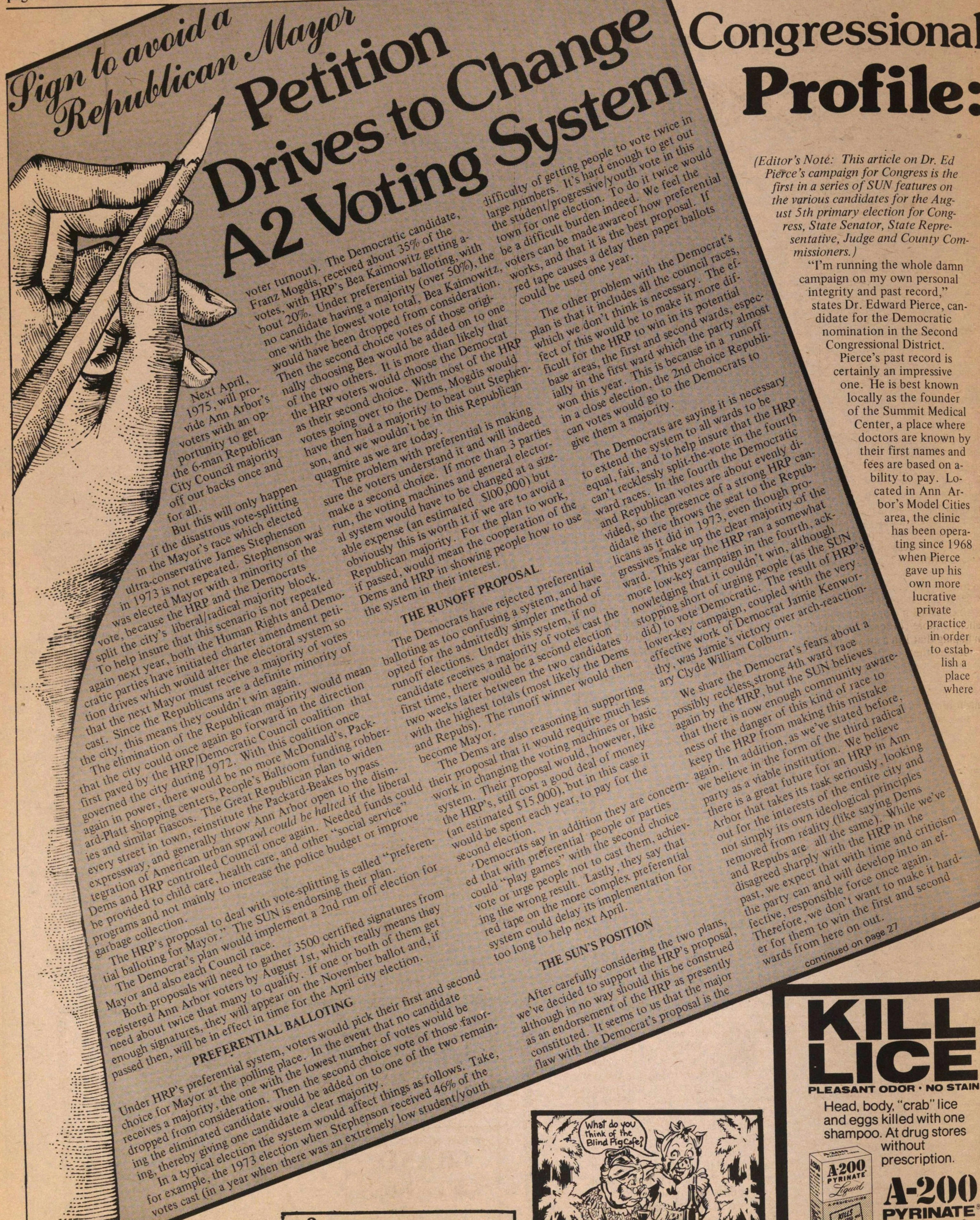 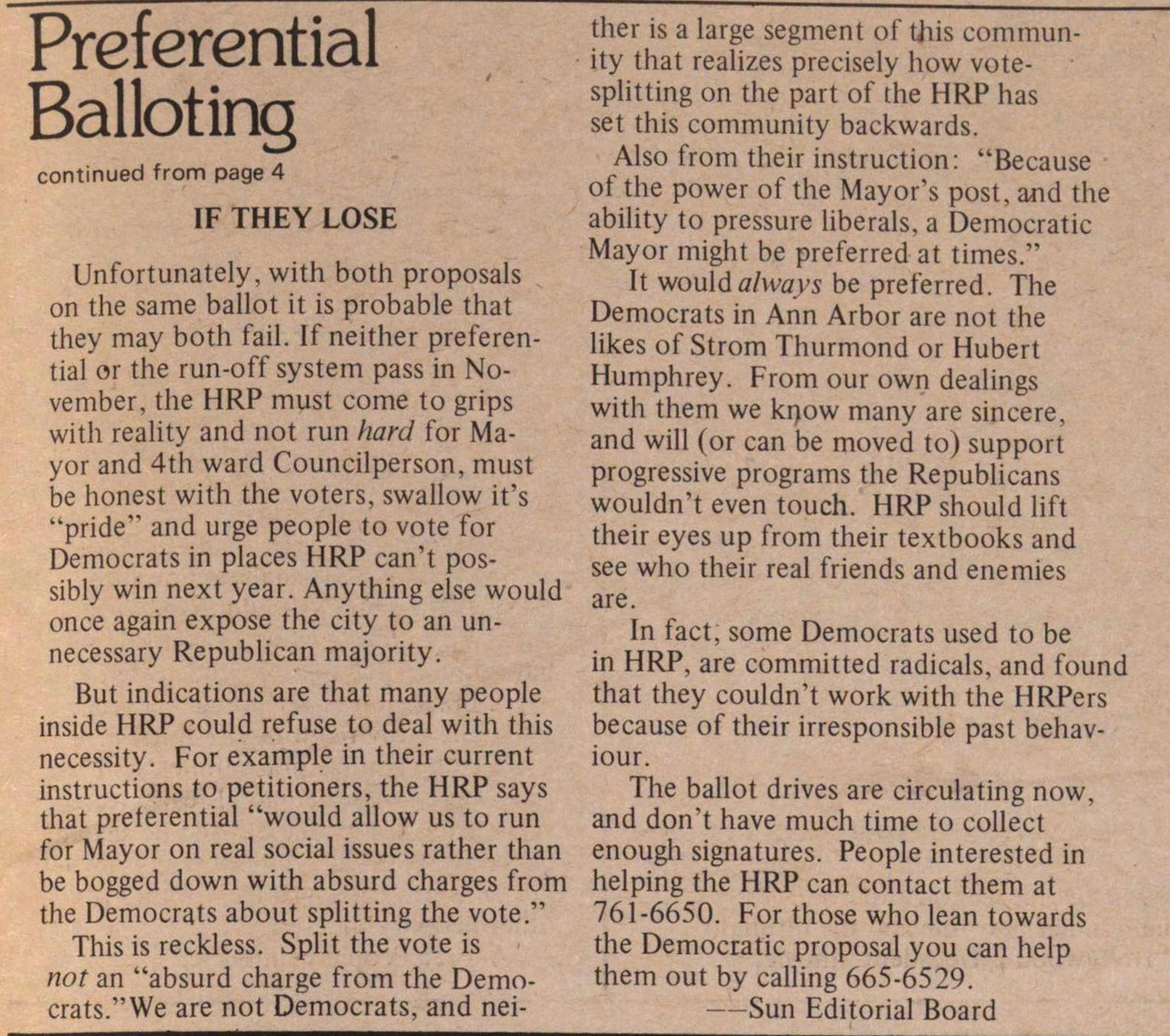 L . É I "ÏSS BSsa& rSBJ.. .MÊÈÊk yas&s. itel5' p )- Ue & A 0v ,AVV cO" "VYV15 e .SÖ3E isSÜSSSfe W Preferential Balloting contínued from page 4 IF THEY LOSE Unfortunately, with both proposals on the same ballot it is probable that they may both fail. If neither preferential or the run-off system pass in November, the HRP must come to grips with reality and not run hard for Mayor and 4th ward Councilperson, must be honest with the voters, swallow it's "pride" and urge people to vote for Democrats in places HRP can't possibly win next year. Anything else would once again exposé the city to an unnecessary Republican majority. But indications are that many people inside HRP could refuse to deal with this necessity. For example in their current instructions to petitioners, the HRP says that preterential "would allow us to run for Mayor on real social issues rather than be bogged down with absurd charges from the Democrats about splitting the vote." This is reckless. Split the vote is not an "absurd charge from the Democrats. "We are not Democrats. and ther is a large segment of this community that realizes precisely how votesplitting on the part of the HRP has set this community backwards. Also from their instruction: "Because ot the power of the Mayor's post, and the ability to pressure liberáis, a Democratie Mayor might be preferred at times." It would always be preferred. The Democrats in Ann Arbor are not the likes of Strom Thurmond or Hubert Humphrey. From our own dealings with them we ki)ow many are sincere, and will (or can be moved to) support progressive programs the Republicans wouldn't even touch. HRP should lift their eyes up from their textbooks and see who their real friends and enemies are. In fact, some Democrats used to be in HRP, are committed radicáis, and found that they couldn't work with the HRPers because of their irresponsible past behaviour. The ballot drives are circulating now, and don't have much time to collect enougli signatures. People interested in helping the HRP can contact them at 761-6650. For those who lean towards the Democratie proposal you can help them out by calling 665-6529.