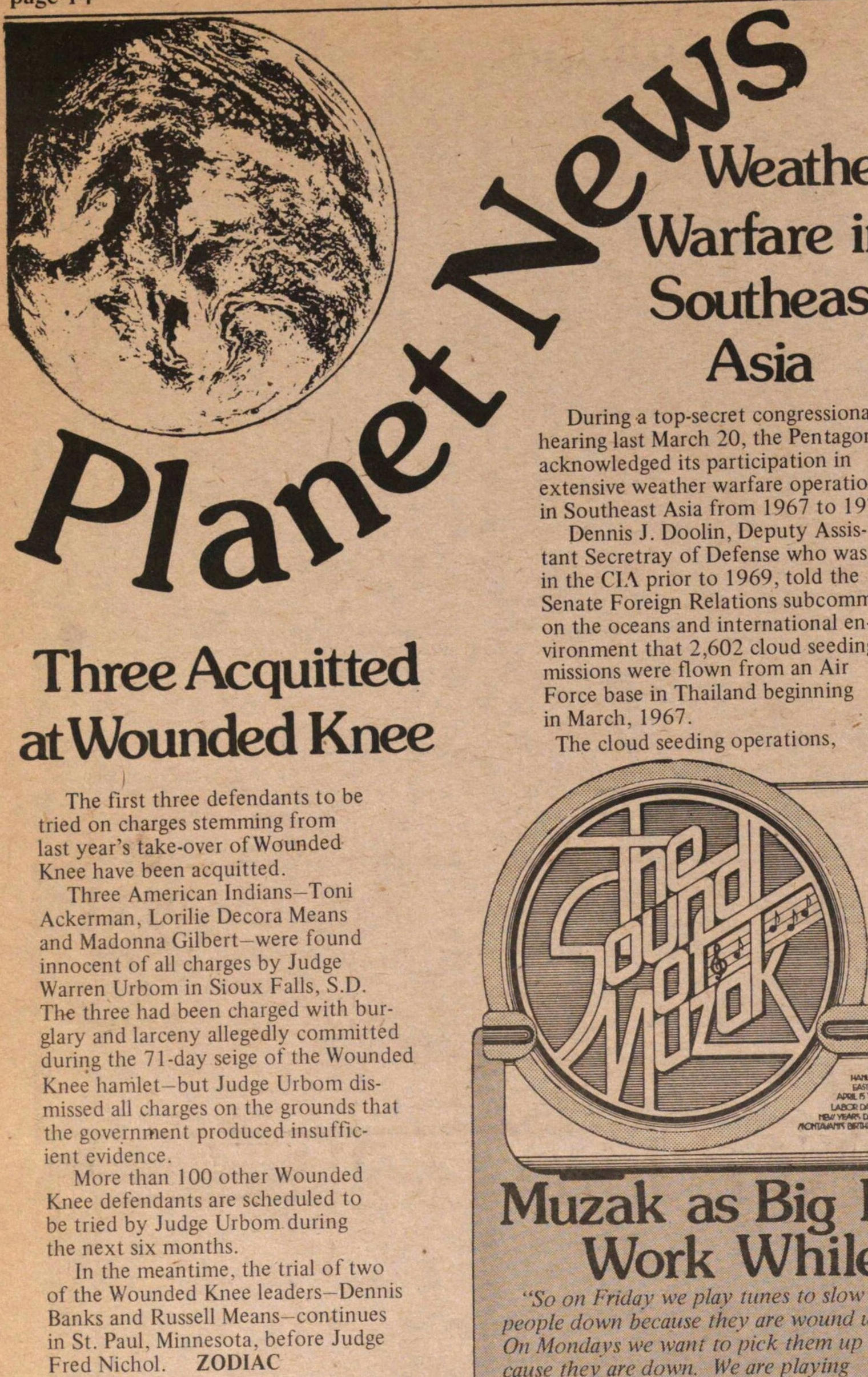 as V The first three defendants to be tried on charges stemming from last year's take-over of Wounded Knee have been acquitted. Three American Indians-Toni Ackerman, Lorilie Decora Means and Madonna Gilbert-were found innocent of all charges by Judge Warren Urbom in Sioux Falls, S.D. Tlie three had been charged with burglary and larceny allegedly committed during the 7 1 -day seige of the Wounded Knee hanilet-but Judge Urbom dismissed all charges on the grounds that the government produced insufficient evidence. More than 100 other Wounded Knee defendants are scheduled to be tried by Judge Urbom during the next six months. In the meantime. the trial of two of the Wounded Knee leaders-Dennis Banks and Russell Means-continues in St. Paul, Minnesota, before Judge Fred Nichol.