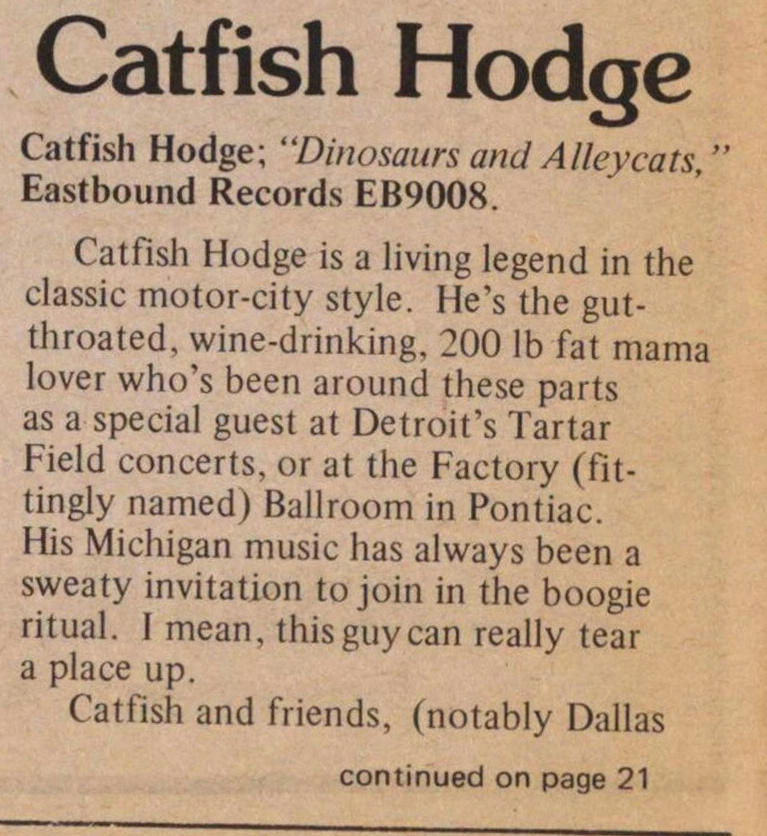 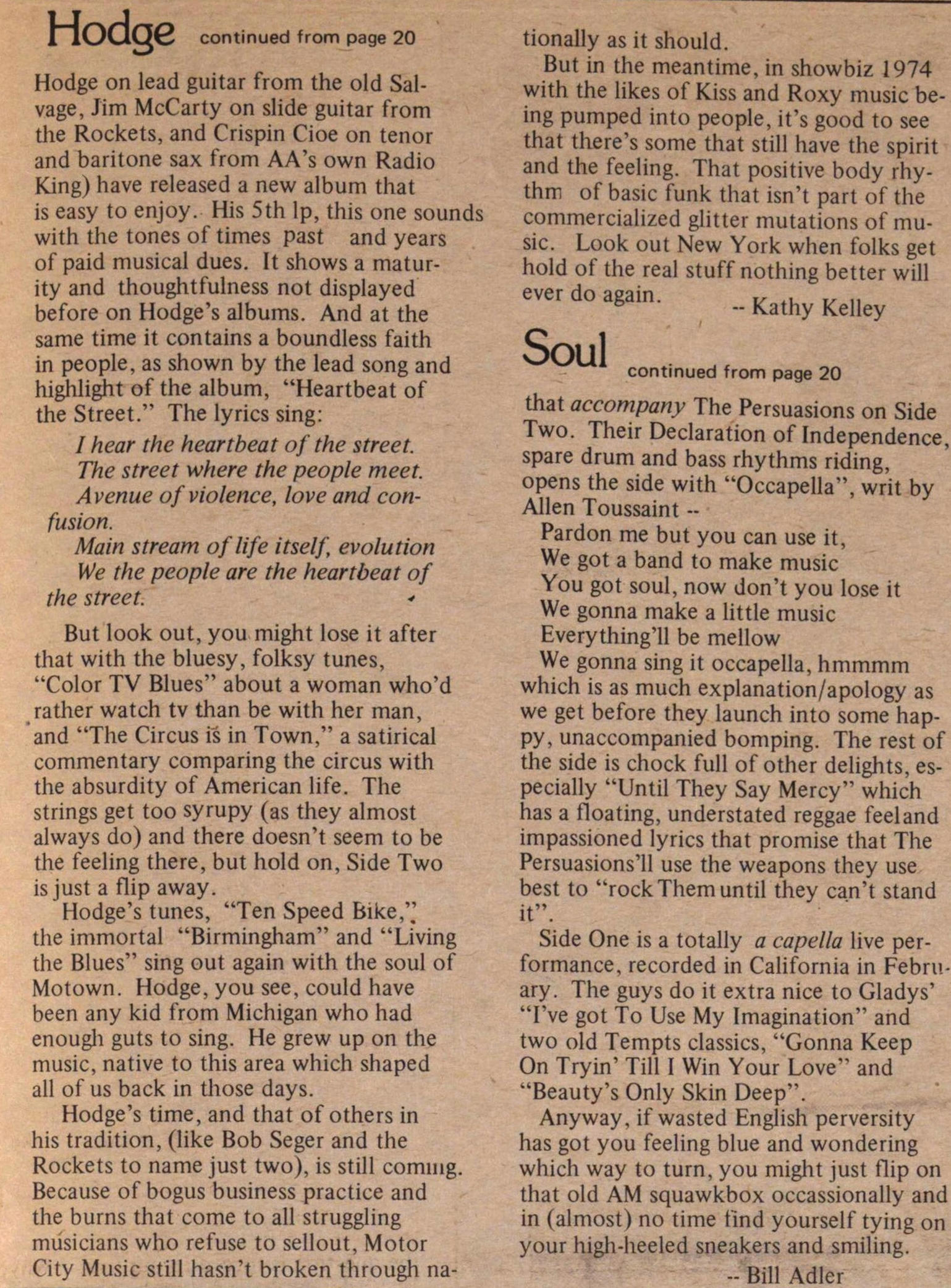 Catfish Hodge; "Dinosaurs and Alleycats," Eastbound Records EB9008. Catfish Hodge is a living legend in the classic motor-city style. He's the gutthroated, wine-drinking, 200 lb fat mama lover who's been around these parts as a special guest at Detroit's Tartar Field concerts, or at the Factory (fittingly named) Ballroom in Pontiac. His Michigan music has always been a sweaty invitation to join in the boogie ritual. I mean, thisguycan really tear a place up. Catfish and friends, (notably Dallas continued on page 21 JtlOQQS continued from page 20 Hodge on lead guitar from the old Salvage, Jim McCarty on slide guitar from the Rockets, and Crispin Cioe on tenor and baritone sax from AA's own Radio King) have released a new album that is easy to enjoy. His 5th lp, this one sounds with the tones of times past and years of paid musical dues. It shows a maturity and thoughtfulness not displayed before on Hodge's albums. And at the same time it contains a boundless faith in people, as shown by the lead song and highlight of the album, "Heartbeat of the Street." The lyrics sing: I hear the heartbeat of the street. The street where the people meet. Avenue of violence, love and confusión. Main stream of Ufe itself evolution We the people are the heartbeat of the street. But look out, you might lose it after that with the bluesy, folksy tunes, "Color TV Blues" about a woman who'd rather watch tv than be with her man, and "The Circus is in Town," a satirical commentary comparing the circus with the absurdity of American life. The strings get too syrupy (as they almost always do) and there doesn't seem to be the feeling there, but hold on, Side Two is just a flip away. Hodge's tunes, "Ten Speed bike," the immortal "Birmingham" and "Living the Blues" sing out again with the soul of Motown. Hodge, you see, could have been any kid from Michigan who had enougli guts to sing. He grew up on the music, native to this area which shaped all of us back in those days. Hodge's time, and that of others in his tradition, (like Bob Seger and the Rockets to name just two), is still coming. Because of bogus business practice and the burns that come to all struggling müsicians who refuse to sellout, Motor City Music still hasn't broken through tionally as it should. But in the meantime, in showbiz 1974 with the likes of Kiss and Roxy music being pumped into people, it's good to see that there's some that still have the spirit and the feeling. That positive body rhythm of basic funk that isn't part of the commercialized glitter mutations of music. Look out New York when folks get hold of the real stuff nothing better will ever do again.