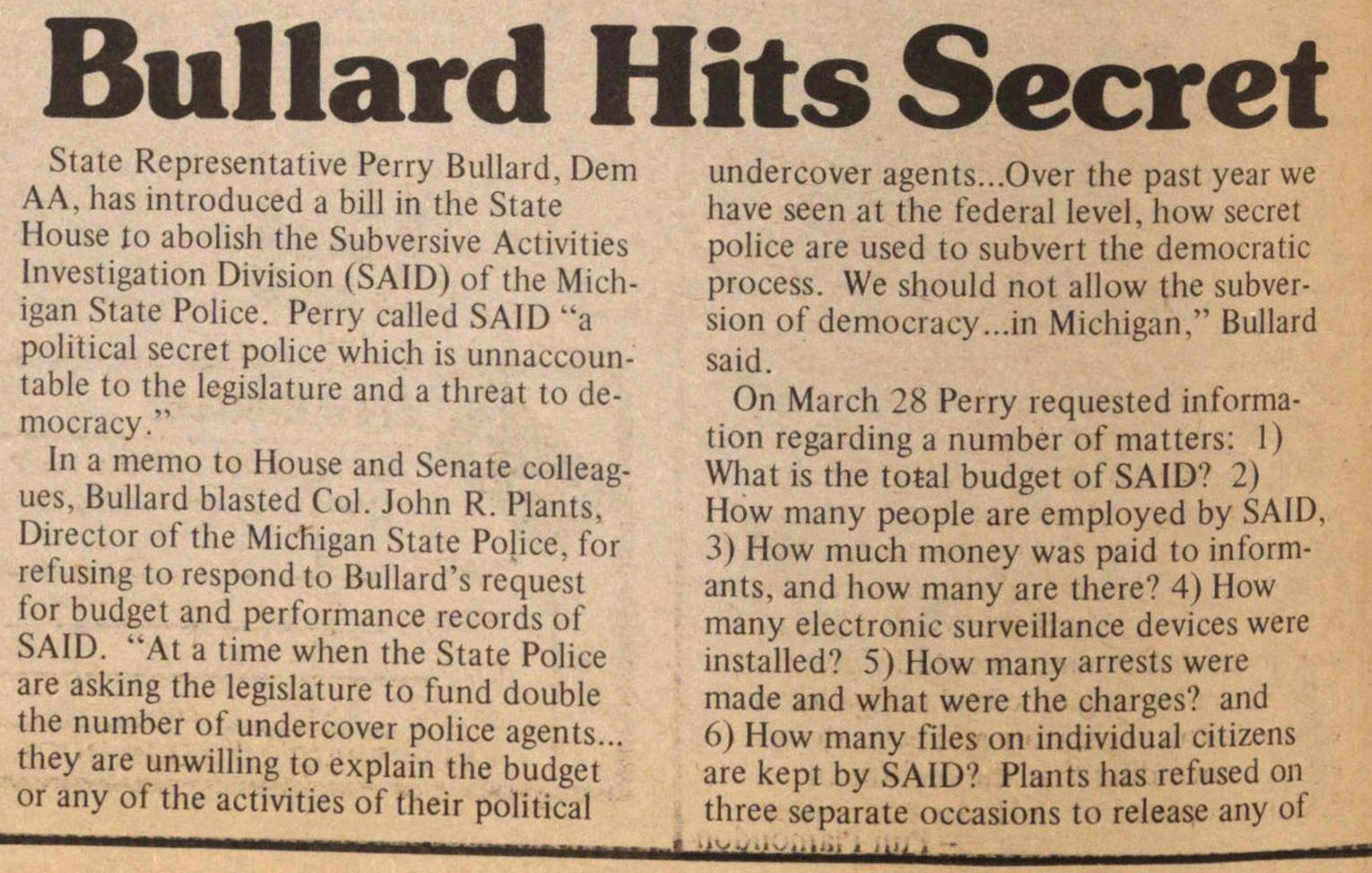 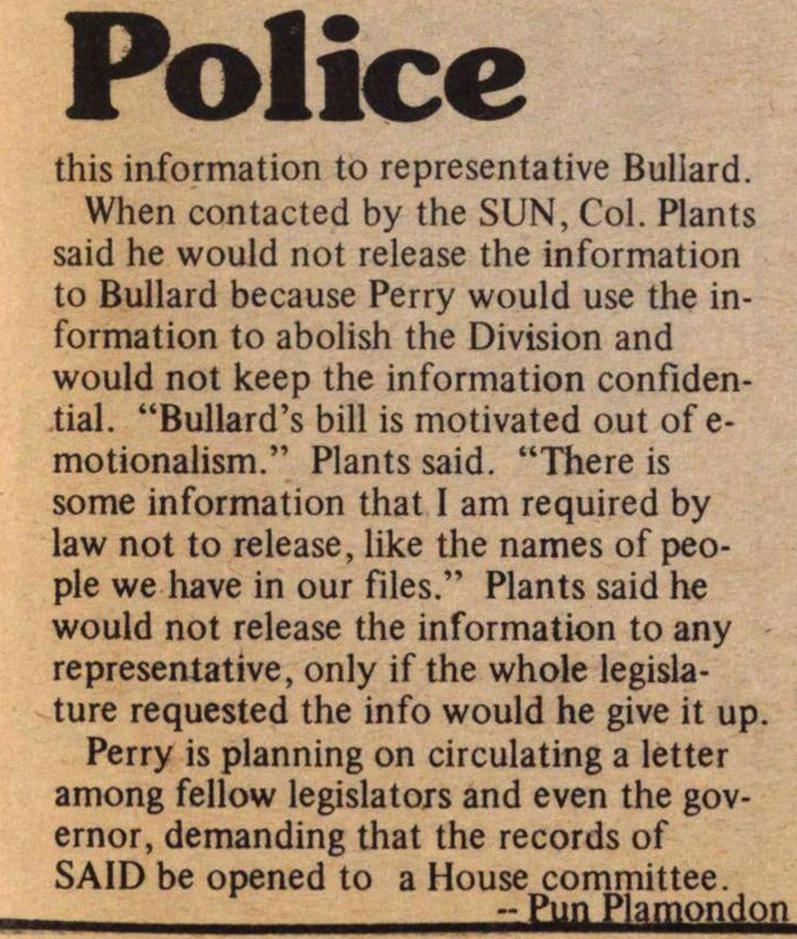 State Representative Perry Bullard, Dem AA, has introduced a bill in the State House to abolish the Subversive Activities Investigation Division (SAID) of the Michigan State Police. Perry called SAID “a political secret police which is unaccountable to the legislature and a threat to democracy.”

In a memo to House and Senate colleagues, Bullard blasted Col. John R. Plants, Director of the Michigan State Police, for refusing to respond to Bullard’s request for budget and performance records of SAID. “At a time when the State Police are asking the legislature to fund double the number of undercover police agents... they are unwilling to explain the budget or any of the activities of their political undercover agents... Over the past year we have seen at the federal level, how secret police are used to subvert the democratic process. We should not allow the subversion of democracy...in Michigan.” Bullard said.

On March 28 Perry requested information regarding a number of matters: 1) What is the total budget of SAID? 2) How many people are employed by SAID, 3) How much money was paid to informants, and how many are there? 4) How many electronic surveillance devices were installed? 5) How many arrests were made and what were the charges? and 6) How many files on individual citizens are kept by SAID? Plants has refused on three separate occasions to release any of this information to representative Bullard.

Perry is planning on circulating a letter among fellow legislators and even the governor, demanding that the records of SAID be opened to a House committee.