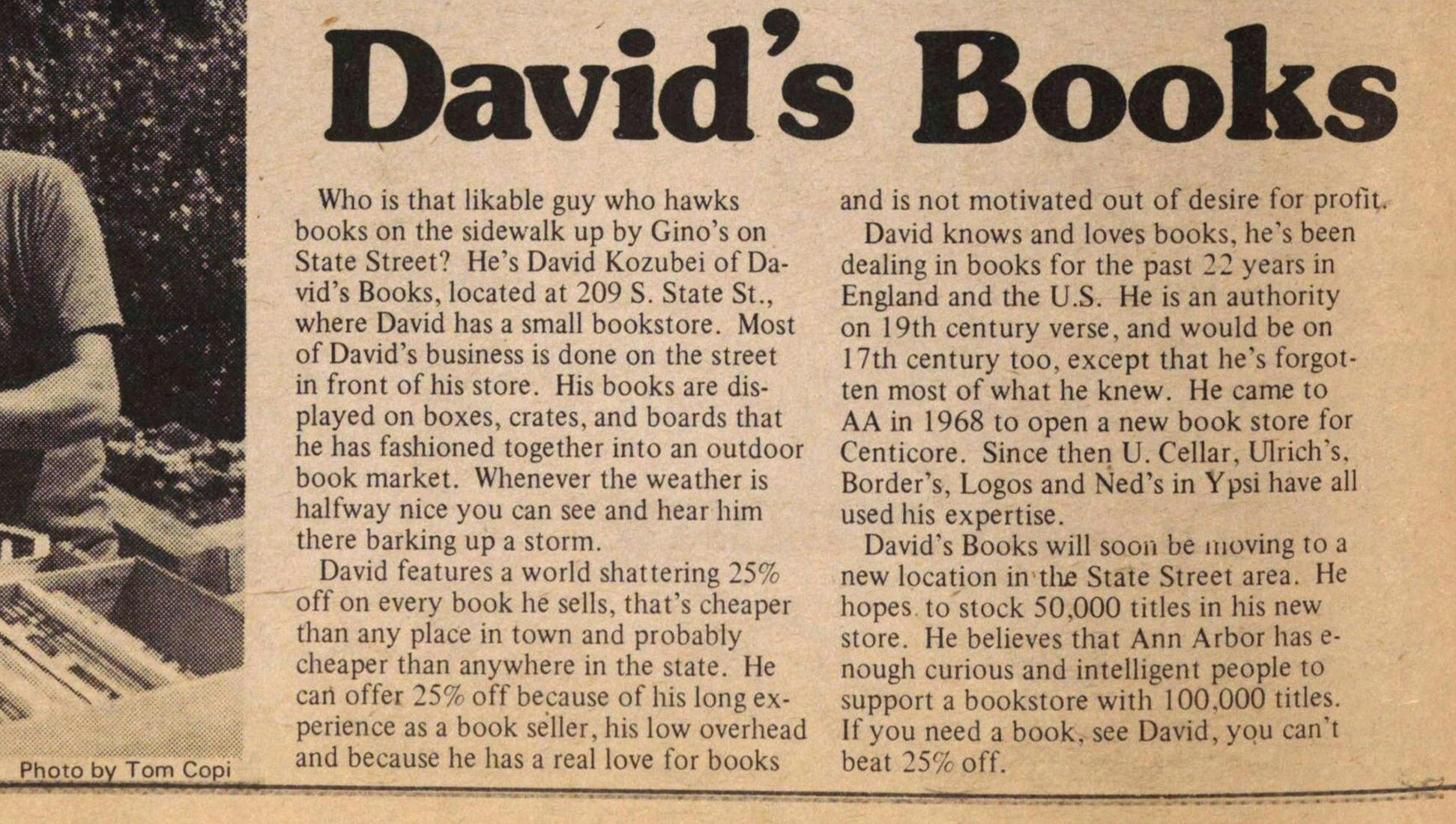 Who is that likable guy who hawks books on the sidewalk up by Gino's on State Street? He's David Kozubei of David's Books, located at 209 S. State St., where David has a small bookstore. Most of David's business is done on the street in front of his store. His books are displayed on boxes, crates, and boards that he has fashioned together into an outdoor book market. Whenever the weather is halfway nice you can see and hear him there barking up a storm.

David features a world shattering 25% off on every book he sells, that's cheaper than any place in town and probably cheaper than anywhere in the state. He can offer 25% off because of his long experience as a book seller, his low overhead and because he has a real love for books and is not motivated out of desire for profit.

David knows and loves books. he's been dealing in books for the past 22 years in England and the U.S. He is an authority on 19th century verse, and would be on 17th century too, except that he's forgotten most of what lie knew. He came to AA in 1968 to open a new book store for Centicore. Since then U. Cellar. Ulrich's, Border's, Logos and Ned's in Ypsi have all used his expertise.

David's Books will soon be moving to a new location in the State Street area. He hopes to stock 50.000 titles in his new store. He believes that Ann Arbor has enough curious and intelligent people to support a bookstore with 100.000 titles. If you need a book. see David, you can't beat 25% off.