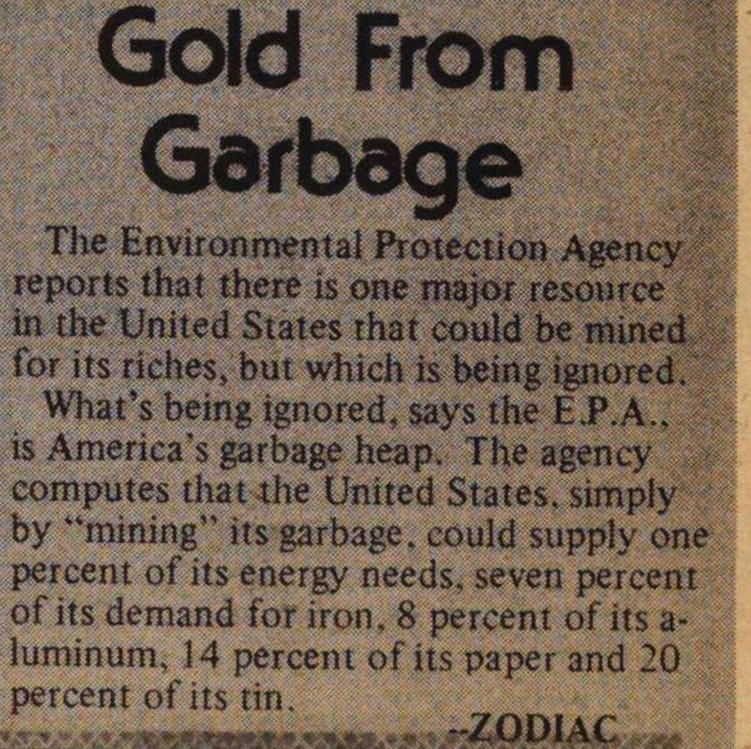 The Environmental Protection Agency reports that there is one major resource in the United States that could be mined for its riches, but which is being ignored.