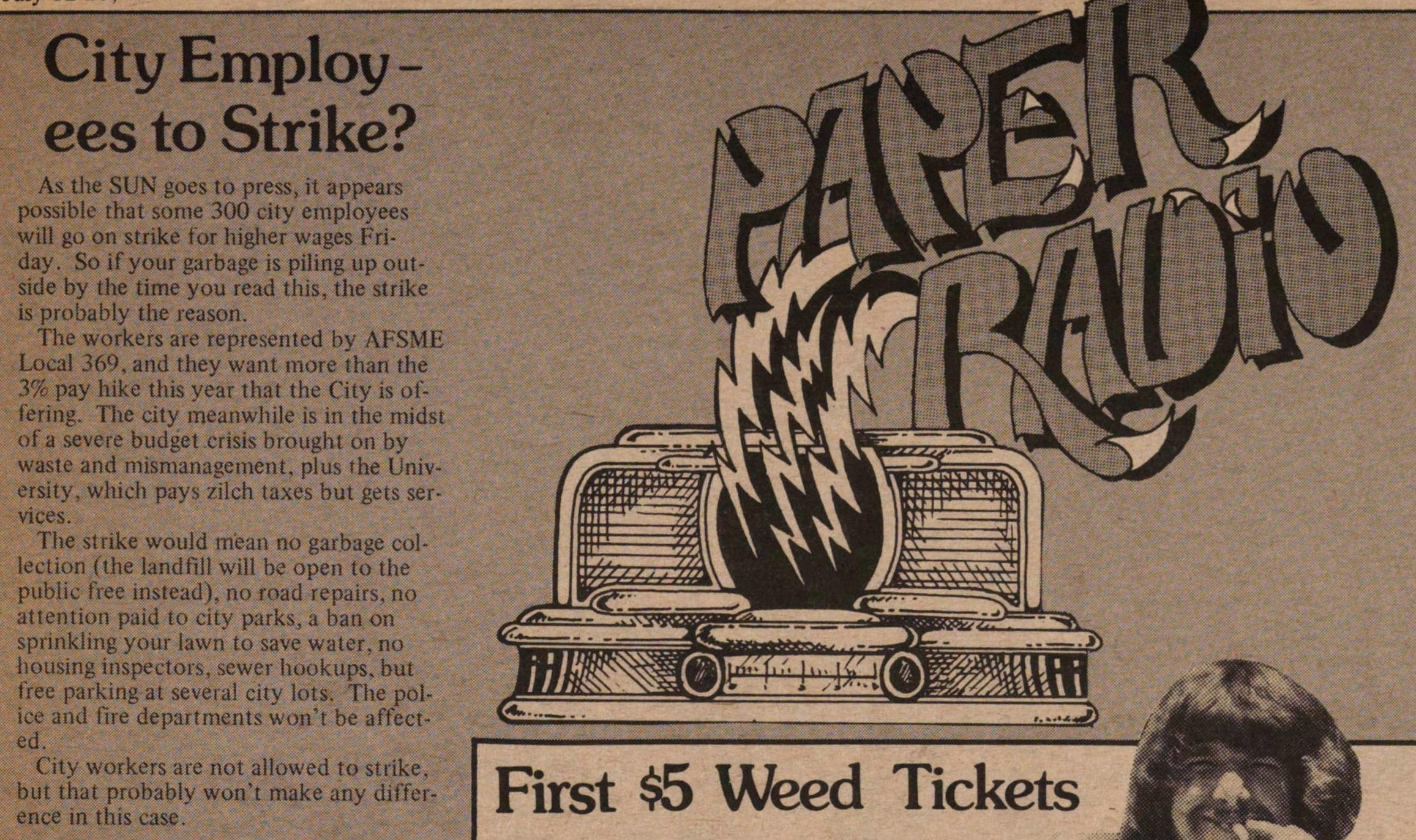 As the SUN goes to press, it appears possible that some 300 city employees will go on strike for higher wages Friday. So if your garbage is piling up outside by the time you read this, the strike is probably the reason.

The workers are represented by AFSME Local 369, and they want more than the 3% pay hike this year that the City is offering. The city meanwhile is in the midst of a severe budget crisis brought on by waste and mismanagement, plus the University, which pays zilch taxes but gets services.

The strike would mean no garbage collection (the landfill will be open to the public free instead), no road repairs, no attention paid to city parks, a ban on sprinkling your lawn to save water, no housing inspectors, sewer hookups, but free parking at several city lots. The police and fire departments won't be affected.

City workers are not allowed to strike, but that probably won't make any difference in this case.