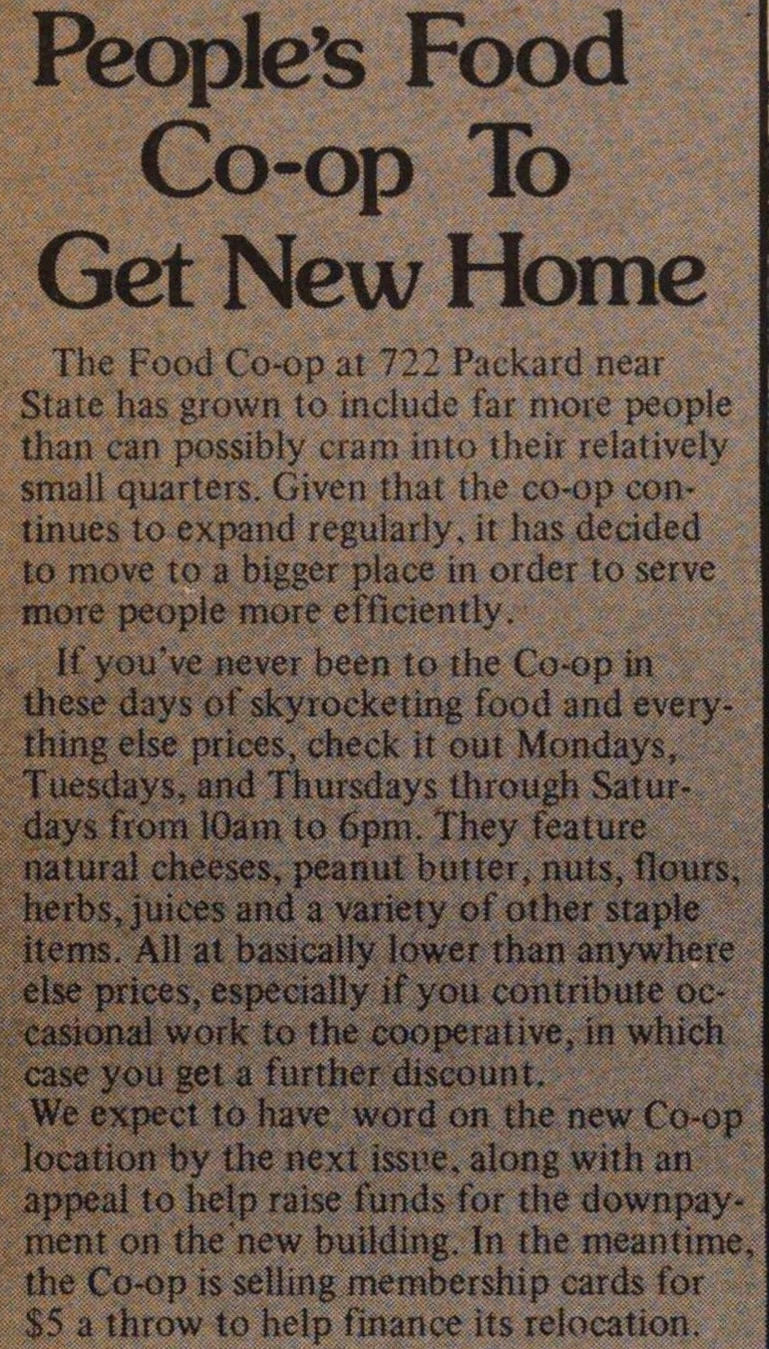 The Food Co-op at 722 Packard near State has grown to include far more people I than can possibly cram into their relatively I small quarters. Given that the co-op continúes to expand regularly, it has decided to move to a bigger piace in order to serve more people more efficiently. If you've never been to the Co-op in these days ot'skyrocketing food and everything else prices, check it out Mondays, Tuesdays, and Thursdays through Saturdays f rom lOam to 6prn. They feature natural cheeses, peanut butter, nuts, flours, herbs, juices and a variety of other staple items. AH at basically lower than anywhere else prices, especially if you contribute occasional work to the cooperative, in which case yoü get a further discount. We expect to have word on the new Co-op Jocation by the next issue, along with an appeal to help raise funds for the downpayment on the new building. In the rneantime, the Co-op is selling membership cards for $5 a throw to help finance its relocation.