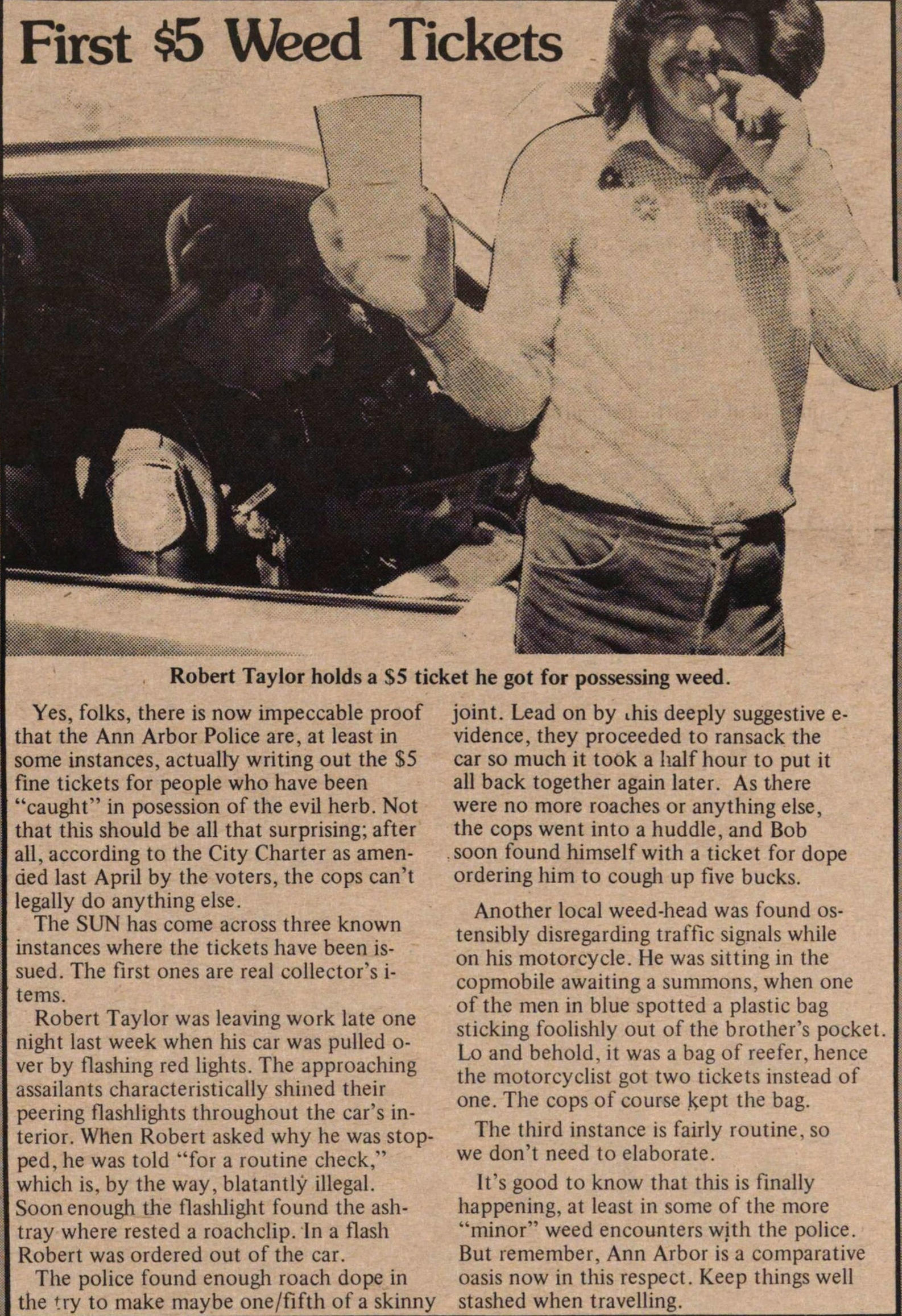 Yes, folks, there is now impeccable proof that the Ann Arbor Pólice are, at least in some instances, actually writing out the $5 fine tickets for people who have been "caught" in posession of the evil herb. Not that this should be all that surprising; after all, according to the City Charter as amended last April by the voters, the cops can't legally do anything else. The SUN has come across three known instances where the tickets have been issued. The first ones are real collector's items. Robert Taylor was leaving work late one niglit last week when his car was pulled over by flashing red lights. The approaching assailants characteristically shined their peering flashlights throughout the car's interior. When Robert asked why he was stopped, he was told "for a routine check," which is, by the way, blatantly illegal. Soon enough the flashlight found the ashtray where rested a roachdip. In a flash Robert was ordered out of the car. The pólice found enough roach dope in the try to make mavbe onefifth of a skinny joint. Lead on by ihis deeply suggestive evidence, they proceeded to ransack the car so much it took a half hour to put it all back together again later. As there were no more roaches or anything else, the cops went into a huddle, and Bob soon found himself with a ticket for dope ordering him to cougli up five bucks. Another local weed-head was found ostensibly disregarding traffic signáis while on his motorcycle. He was sitting in the copmobile awaiting a summons, when one of the men in blue spotted a plastic bag sticking foolishly out of the brother's pocket. Lo and behold, it was a bag of reefer, henee the motorcyclist got two tickets instead of one. The cops of course kept the bag. The third instance is fairly routine, so we don't need to elabórate. lt's good to know that this is finally happening, at least in some of the more "minor" weed encounters with the pólice. But remember, Ann Arbor is a comparative oasis now in this respect. Keep things well stashed when travelling.