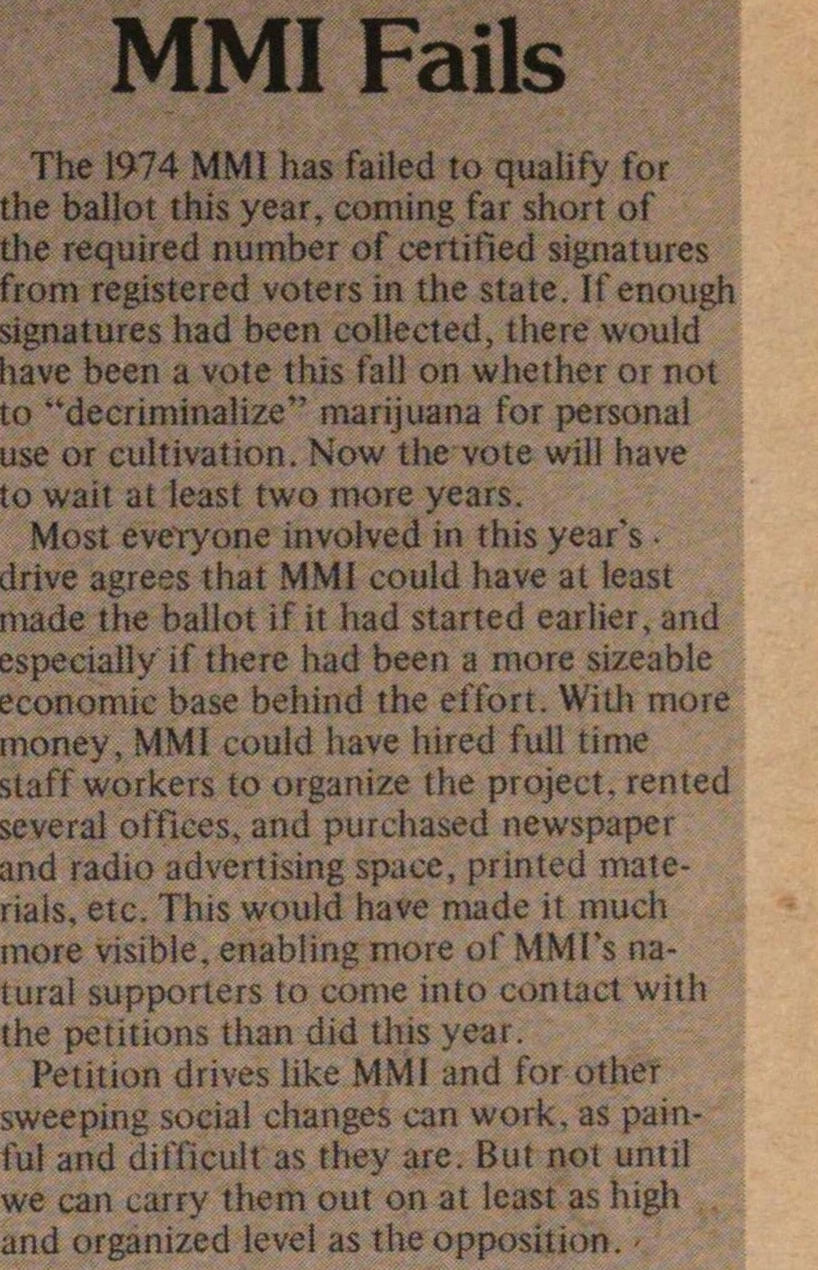 The 1974 MMI has failed to quaiify for the ballot this year, coming far short of the required number of certified signatures from registered voters in the state. If enough signatures had been eoliected, there would have been a vote this fall on whether or rot to "decriminalize" marijuana for personal use or cultivation. Now the vote will have to wait at least two more years. Most eveïyone involved in this year's ■ drive agrees that MMI could have at least made the ballot if it had started earlier, and especiaily if there liad been a more sizeable economie base behind the effort. With more noney, MMI could have hired full time staff workers to organize the project, rented several offices, and purchased newspaper and radio advertising space, printed materials, etc. This would have made it much more visible, enabling more of MM I's natural supporters to come into contact with the petitions than did this year. Petition drives like MM! and for other sweeping social changes can work, as painful and difficult as they are. But not until we can carry them out on at least as high and organized level as the opposition. ■