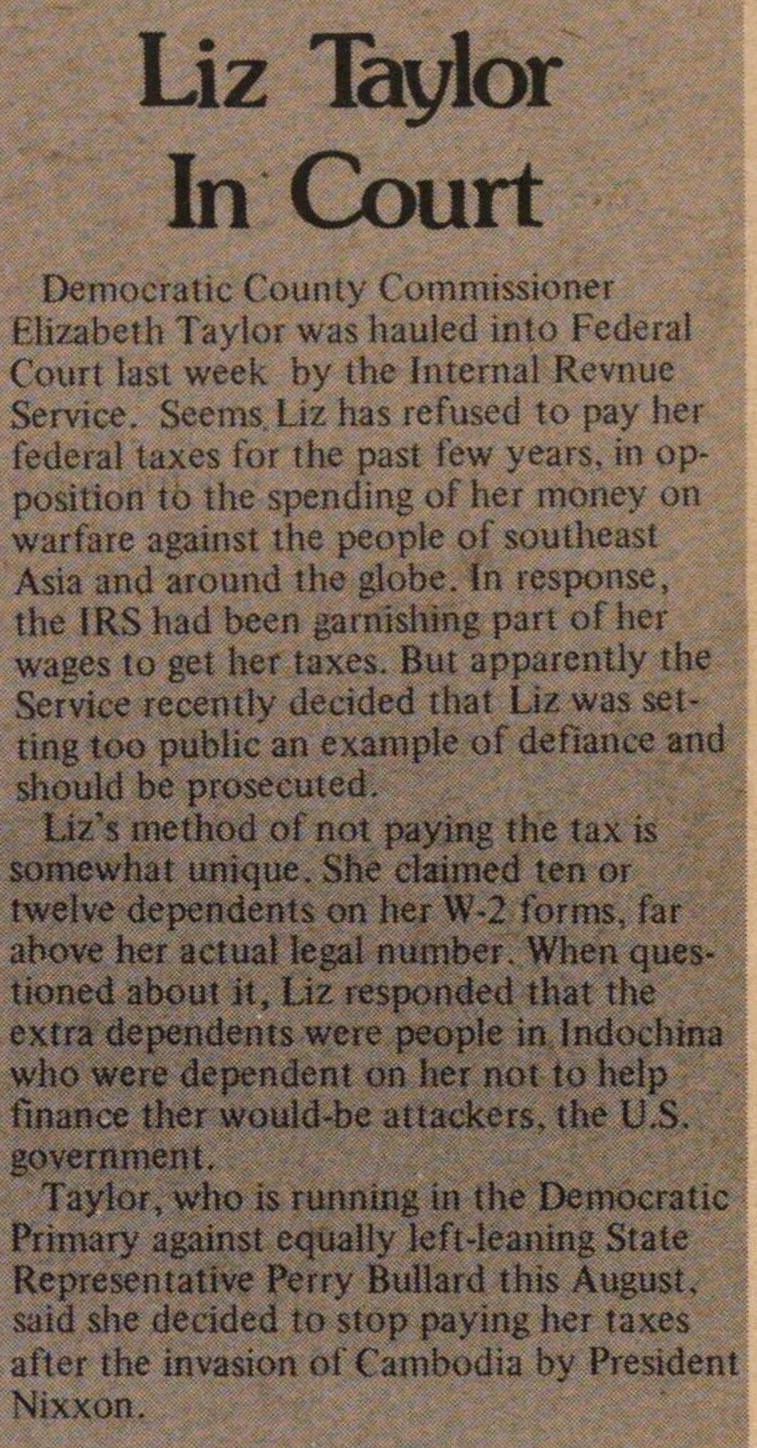 Democratic County Commissioner Elizabeth Taylor was hauled into Federal Court last week by the Internal Revenue Service. Seems. Liz has refused to pay her federal taxes for the past few years, in opposition to the spending of her money on warfare against the people of southeast Asia and around the globe. !n response, the IRS had been garnishing part of her wages to get her taxes. But apparently the Service recently decided that Liz was setting too public an example of defiance and should be prosecuted.

Liz's method of not paying the tax is somewhat unique. She claimed ten or twelve dependents on her W-2 forms, far above her actual legal number. When questioned about it, Liz responded that the extra dependents were people in Indochina who were dependent on her not to help finance their would-be attackers, the U.S. government.

Taylor, who is running in the Democratic Primary against equally left-leaning State Representative Perry Bullard this August, said she decided to stop paying her taxes after the invasion of Cambodia by President Nixon.