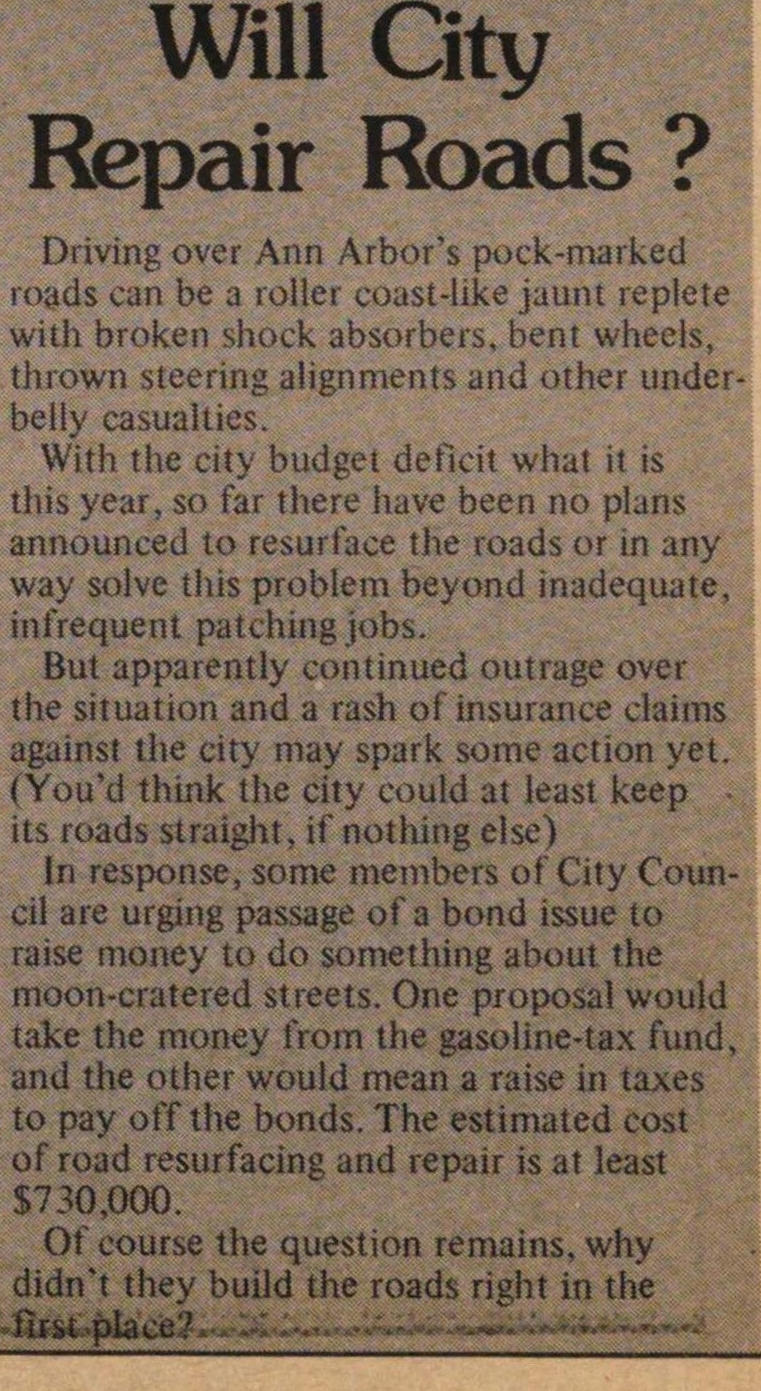 Driving over Ann Arbor's pock-marked roads can be a roller coast-like jaunt replete with broken shock absorbéis, bent wheels, thrown steering alignments and other underbelly casualties. With the city budget deficit what it is this year, so far there have been no plans announced to resurface the roads or in any way solve this problem beyond inadequate, infrequent patching jobs. But apparently continued outrage over the situation and a rash of insurance claims againsf the city may spark soine action vet. (You'd think the city could at least keep ■ its roads straight, if nothing else) In response, some meinbers of City Council are urging passage of a bond issue to raise money to do something about the moon-cratered streets. One proposal would take the money from the gasoline-tax fund, and the other would mean a raise in taxes to pay off the bonds. The estimated cost of road resurfacing and repair is at least $730,000. Of course the question remains, why didrft they build the roads right in the Í f si putee !