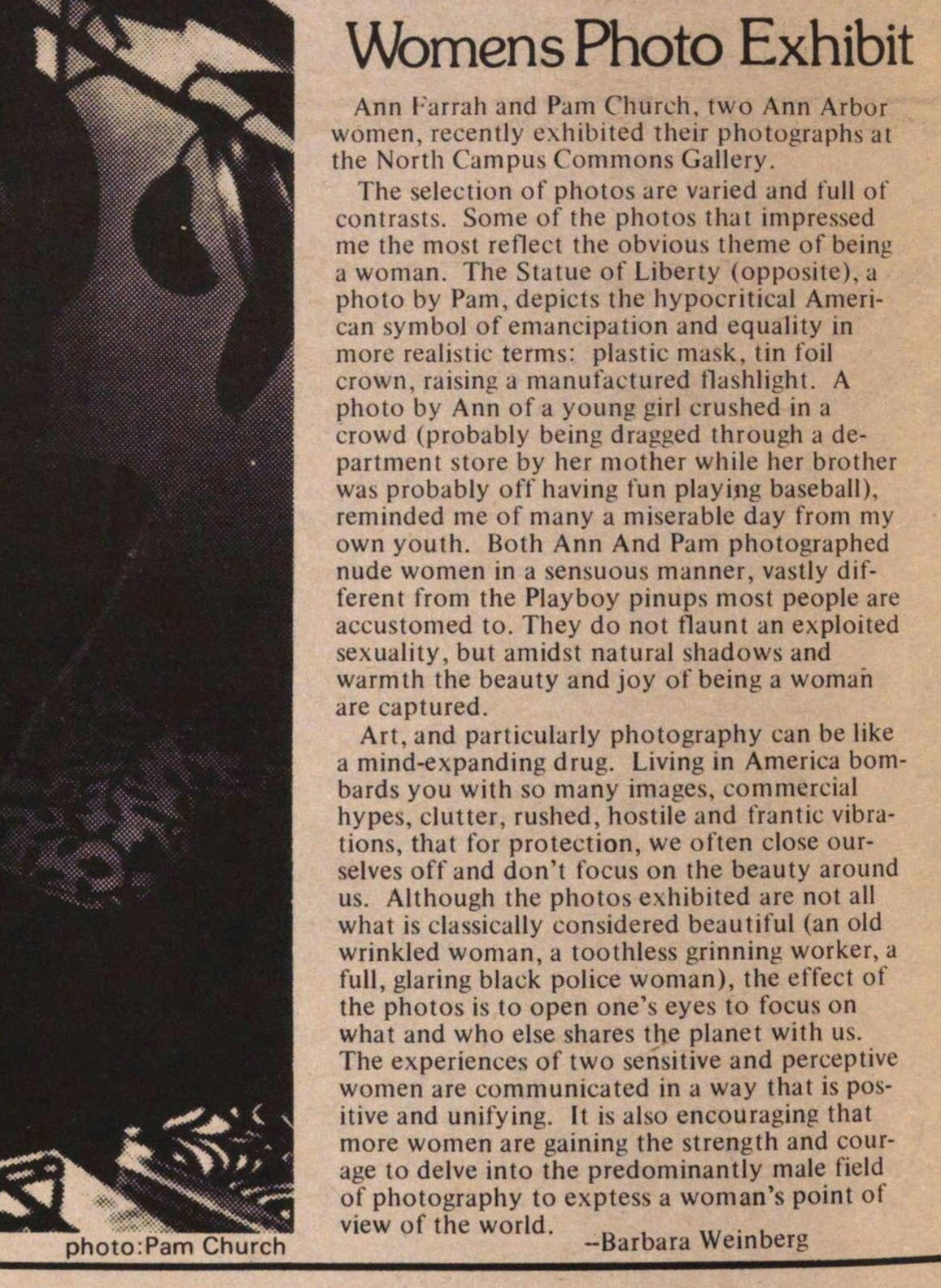 Ann l'arrah and Pam ChÖrcH, two Ann Arbor women, rccently exhibited their photographs at the North Campus Commons Gallery. The selection of photos are varied and t'ull of contrasts. Some of the photos that impressed me the most reflect the obvious theme of beniü a woman. The Statue of Liberty (opposite), a photo by Pam, depicts the hypocritical American symbo] of emancipation and equality in more realistic terms: plastic mask. tin foil crown, raising a munufuctured flashlight. A photo by Ann of a young girl crushed in a crowd (probably being dragged through a department store by her mother while her brother was probably off having fun playing baseball), reminded me of many a miserable day from my own youth. Both Ann And Pam photographed nude women in a sensuous manner, vastly different from the Playboy pinups most people are accustomed to. They do not flaunt an exploited sexuality, but amidst natural shadows and warmth the beauty and joy of being a womah are captured. Art, and particularly photography can be like a mind-expanding drug. Living in America bombarda you with so many images, commercial hypes, clutter, rushed, hostile and frantic vibrations, that for protection, we often close ourselves off and don't focus on the beauty around us. Although the photos exhibited are not all what is classically considered beautiful (an old wrinkled woman, a toothless grinning worker, a full, glaring black pólice woman), the effect of the photos is to open one's eyes to focus on what and who else shares the planet with us. The experiences of two señsitive and perceptive women are communicated in a way that is positive and unifying. It is also encouraging that more women are gaining the strength and courage to delve into the predominantly male field of photography to exptess a woman's point ot view o! the world.