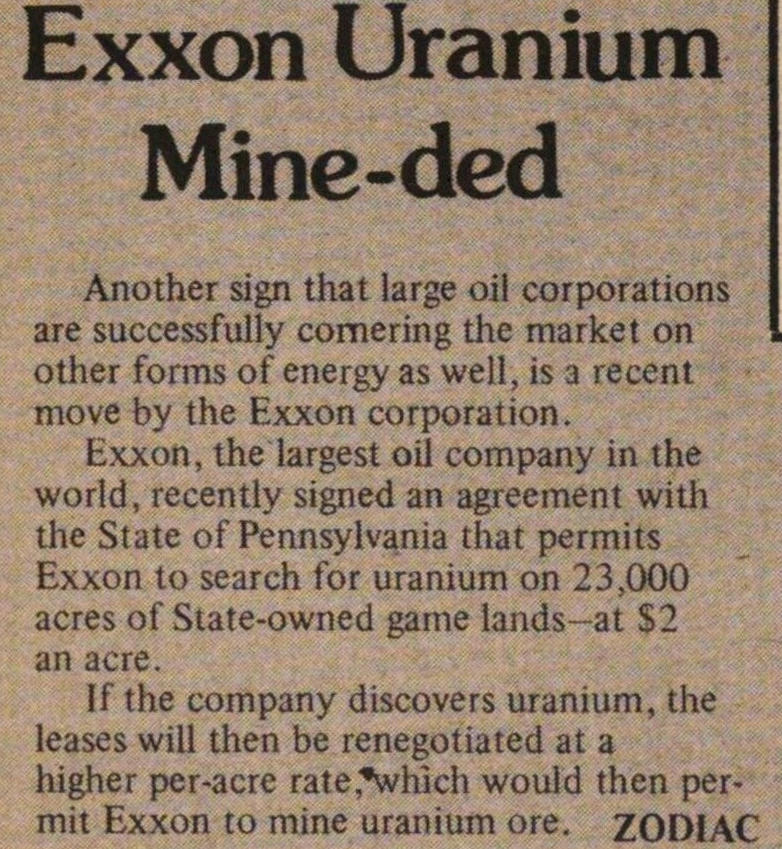 Another sign that large oil corporations are successfully comering the market on other forms of energy as well, is a recent move by the Exxon corporation. Exxon, the largest oü company in the world, recently signed an agreement with the State of Pennsylvania that permits Exxon to search for uranium on 23,000 acres of State-owned game lands- at S2 an acre. If the company discovers uranium, the leases will then be renegotiated at a higher per-acre rate;whlch would then mit Exxon to mine uranium ore.