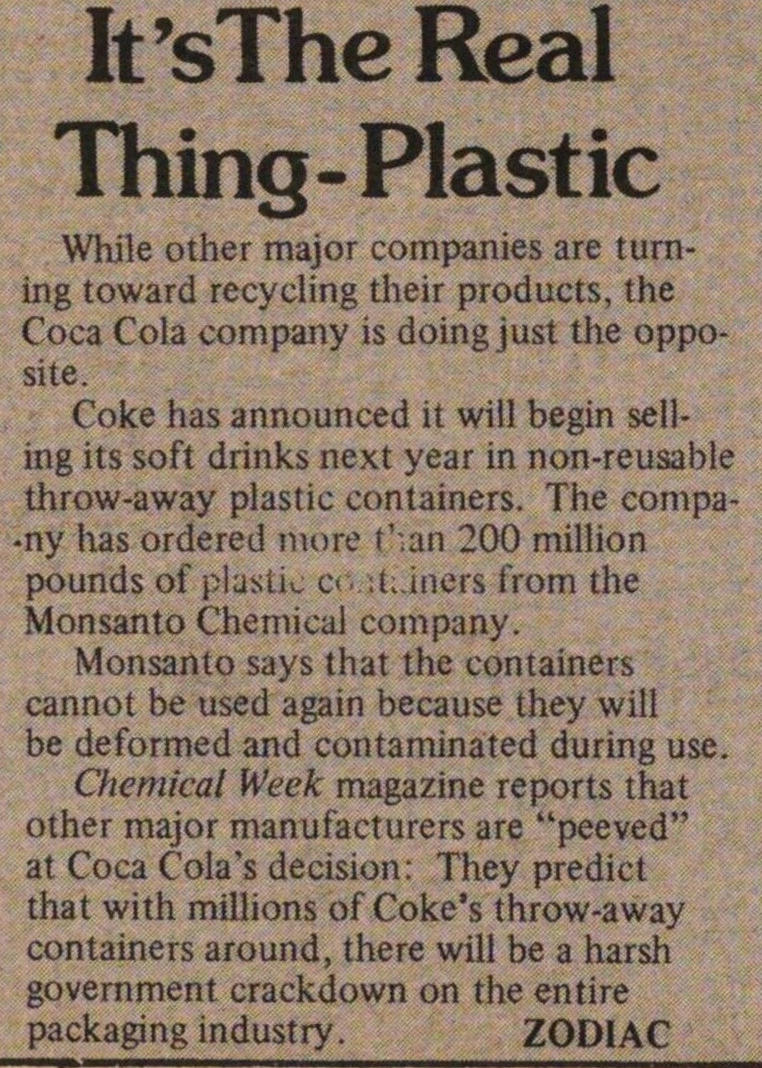 While other major companies are turning toward recycling their products, the Coca Cola company is doing just the opposite. Coke has announced it will begin selling its soft drinks next year in non-reusable throw-away plastic containers. The company has ordered more f'.an 200 million pounds of piastiv o ;t..iners from the Monsanto Chemical company. Monsanto says that the containers cannot be used again because they will be deformed and contaminated during use. Chemical Week magazine reports that other major manufacturers are "peeved" at Coca Cola's decisión: They predict that with millions of Coke's throw-away containers around, there will be a harsh government crackdown on the entire packagingindustry.