Prez. Will Look Down On W.w. Iii 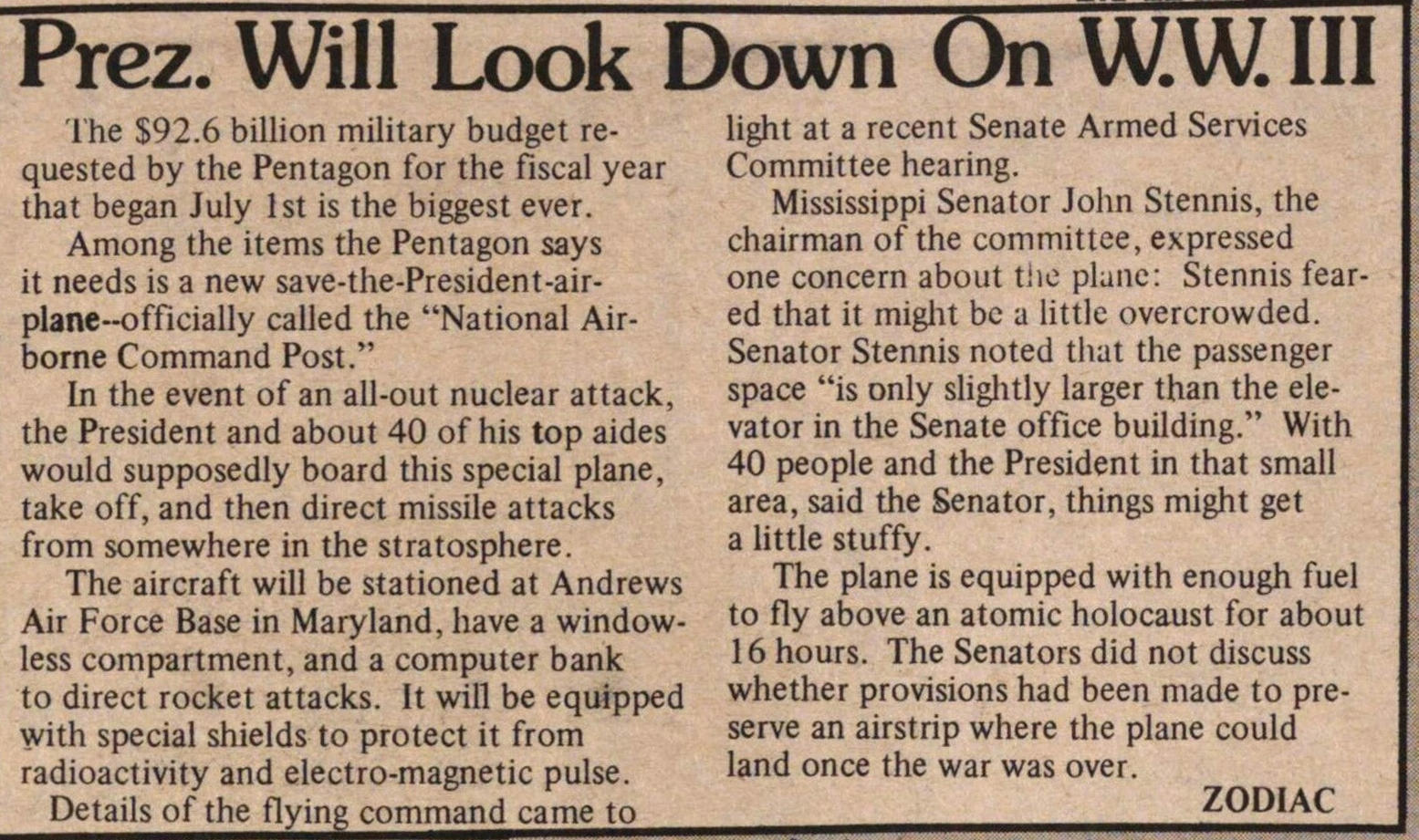 The $92.6 billion military budget requested by the Pentagon for the fiscal year that began July lst is the biggest ever. Among the items the Pentagon says it needs is a new save-the-President-airplane-officially called the "National Airborne Command Post." In the event of an all-out nuclear attack, the President and about 40 of his top aides would supposedly board this special plane, take off, and then direct missile attacks from somewhere in the stratosphere. The aircraft will be stationed at Andrews Air Force Base in Maryland, have a windowless compartment, and a computer bank to direct rocket attacks. It will be equipped with special shields to protect it from radioactivity and electro-magnetic pulse. Details of the flying command came to light at a recent Senate Armed Services Committee hearing. Mississippi Senator John Stennis, the chairman of the committee, expressed one concern about tiie plane: Stennis feared that it might bc a little overcrowded. Senator Stennis noted that the passenger space "is only slightly larger than the elevator in the Senate office building." With 40 people and the President in that small area, said the Senator, things might get a little stuffy. The plane is equipped with enough fuel to fly above an atomic holocaust for about 16 hours. The Senators did not discuss whether provisions had been made to preserve an airstrip where the plane could land once the war was over.