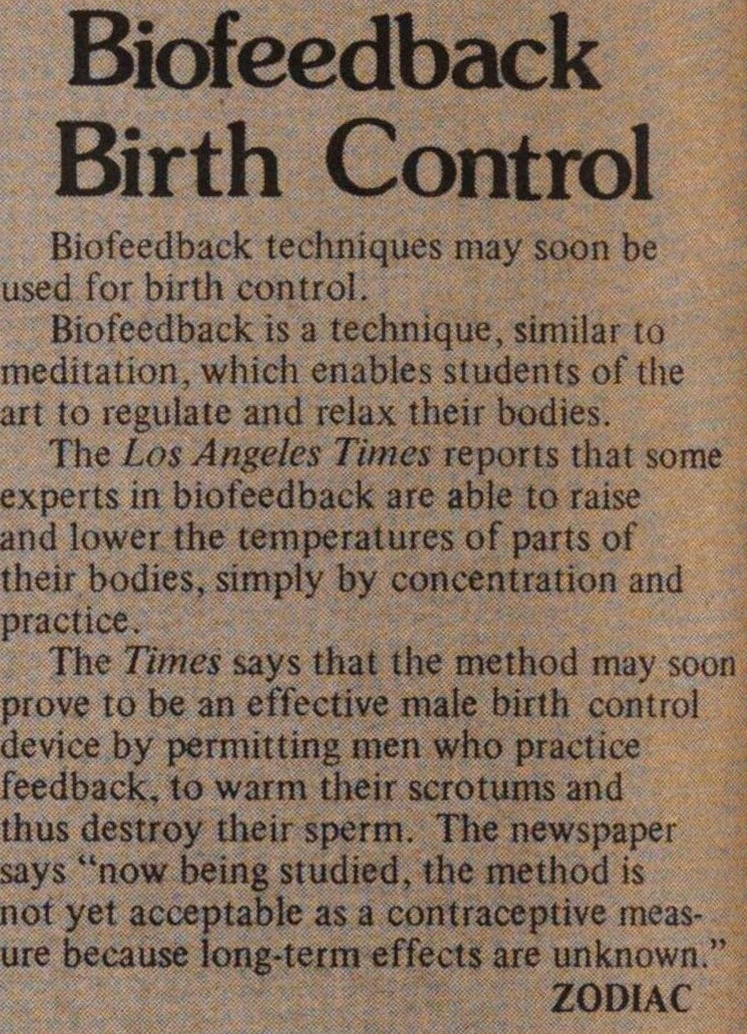 Biofeedback techniques may soon be used for birth control. Biofeedback is a technique, similar to meditation, which enables students of the art to regúlate and relax their bodies. The Los Angeles Times reports that some experts in biofeedback are able to raise and lower the temperatures of parts of their bodies, sirnply by concentration and practice . The Times says that the method may soon prove to be an effective male birth control device by permitting men who practice feedback, to warm their scrotums and thus destroy their sperm. The newspaper says "now being studied, the method is not yet acceptable as a contraceptive measure because long-term effects are unknown."