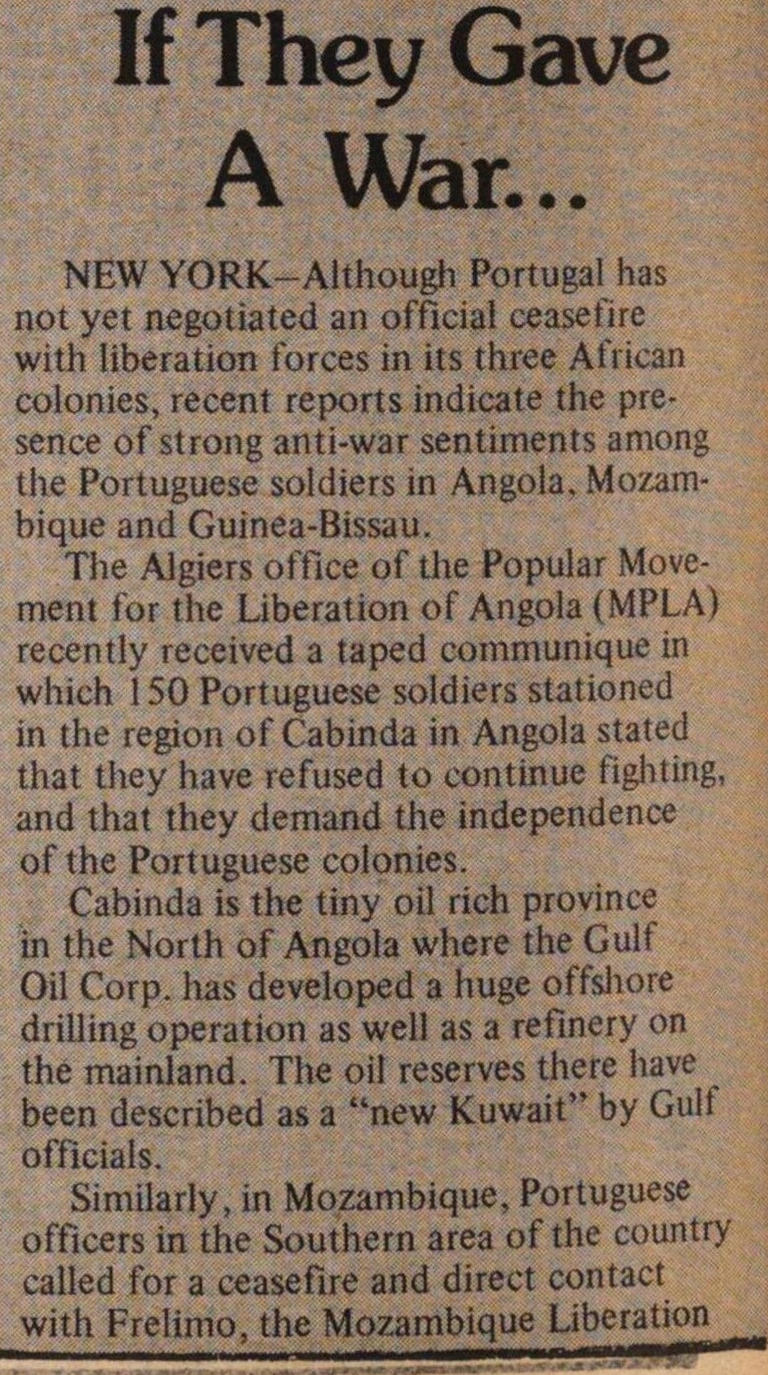 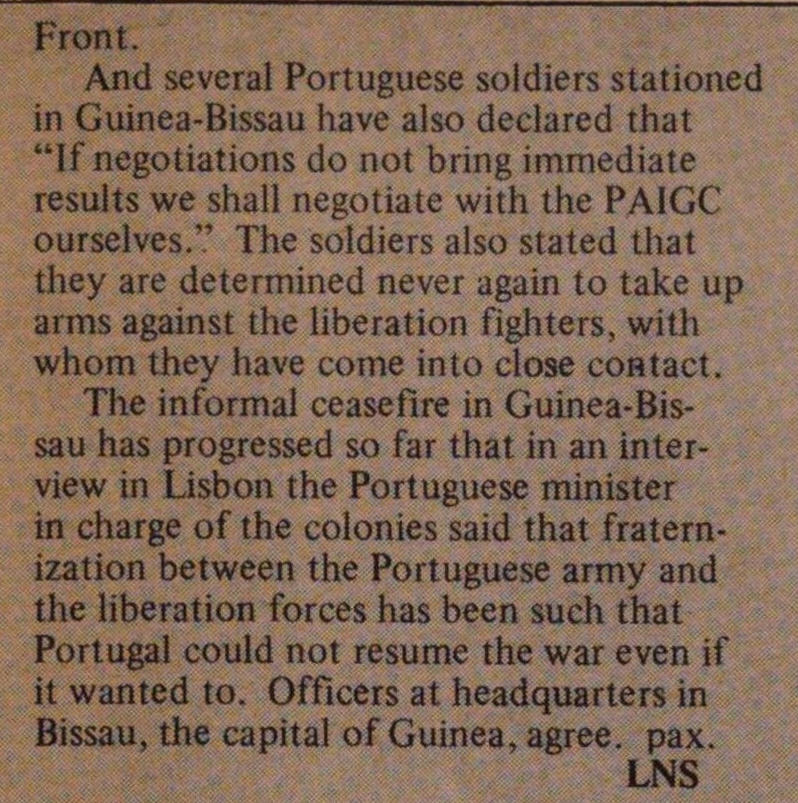 NEW YORK-Although Portugal has not yet negotiated an official ceasefire with liberation forces in its three African colonies, recent reports indicate the presence of strong anti-war sentiments among the Portuguese soldiers in Angola, Mozambique and Guinea-Bissau.

The Algiers office of the Popular Movement for the Liberation of Angola (MPLA) recently received a taped communique in which 150 Portuguese soldiers stationed in the region of Cabinda in Angola stated that they have refused to continue fighting, and that they demand the independence of the Portuguese colonies.

Cabinda is the tiny oil rich province in the North of Angola where the Gulf Oil Corp. has developed a huge offshore drilling operation as well as a refinery on the mainland. The oil reserves there have been described as a "new Kuwait" by Gulf officials.

Similarly, in Mozambique, Portuguese officers in the Southern area of the country called for a ceasefire and direct contact with Frelimo, the Mozambique Liberation Front.

And several Portuguese soldiers stationed in Guinea-Bissau have also declared that "If negotiations do not bring immediate results we shall negotiate with the PAIGC ourselves." The soldiers also stated that they are determined never again to take up arms against the liberation fighters, with whom they have come into close contact.

The informal ceasefire in Guinea-Bissau has progressed so far that in an interview in Lisbon the Portuguese minister in charge of the colonies said that fraternization between the Portuguese army and the liberation forces has been such that Portugal could not resume the war even if it wanted to. Officers at headquarters in Bissau, the capital of Guinea, agree. pax.