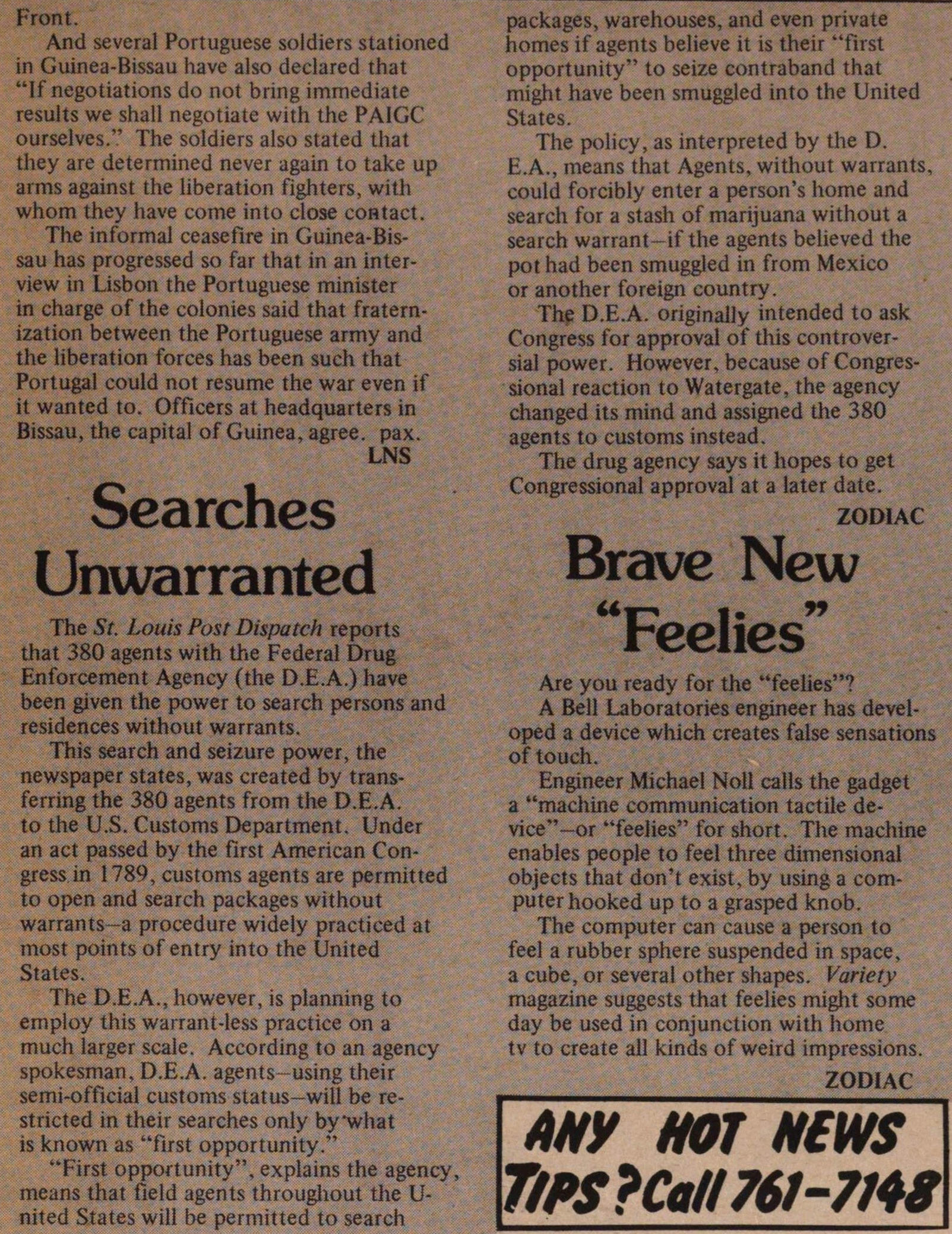 The St. Louis Post Dispatch reports that 380 agents with the Federal Drug Enforcement Agency (the D.E.A.) have been given the power to search persons and residences without warrants. This search and seizure power, the newspaper states, was created by transferring the 380 agents from the D.E.A. to the U.S. Customs Department. Under an act passed by the first American Congress in 1789, customs agents are permitted to open and search packages without warrants- a procedure wideiy practiced at most points of entry into the United States. The D.E.A., however, is planning to employ this warrant-less practice on a much larger scale. According to an agency spokesman, D.E.A. agents-using their semi-official customs status- will be restricted in their searches only bywhat is known as "first opportunity." "First opportunity", explains the agency, means that field agents throughout the United States will be permitted to search packages, warehouses, and even private homes if agents believe it is their "first opportunity" to seize contraband that might have been smuggled into the United States. The policy, as interpreted by the D. E.A., means that Agents, without warrants, could forcibly enter a person's home and search for a stash of marijuana without a search warrant-if the agents believed the pot had been smuggled in from Mexico or another foreign country. The D.E.A. originally intended to ask Congress for approval of this controversia] power. However, because of Congressional reaction to Watergate, the agency changed its mind and assigned the 380 agents to customs instead. The drug agency says it hopes to get Congressional approval at a iater date.