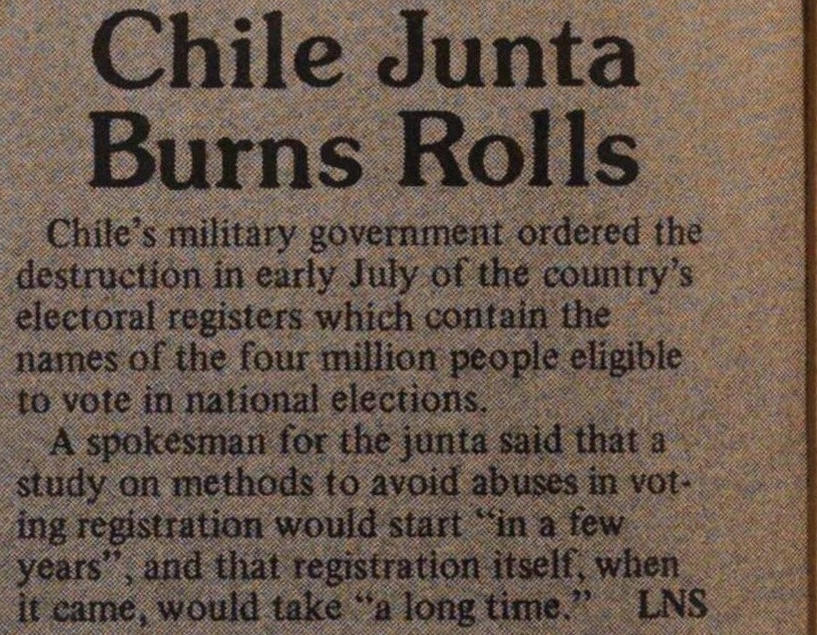 Chile's military government ordered the destruction in early July of the country's electoral registers which contain the names of the four million people eligible to vote in national elections.

A spokesman for the junta said that a study on methods to avoid abuses in voting registration would start "in a few years", and that registration itself, when it carne, would take "a long time."