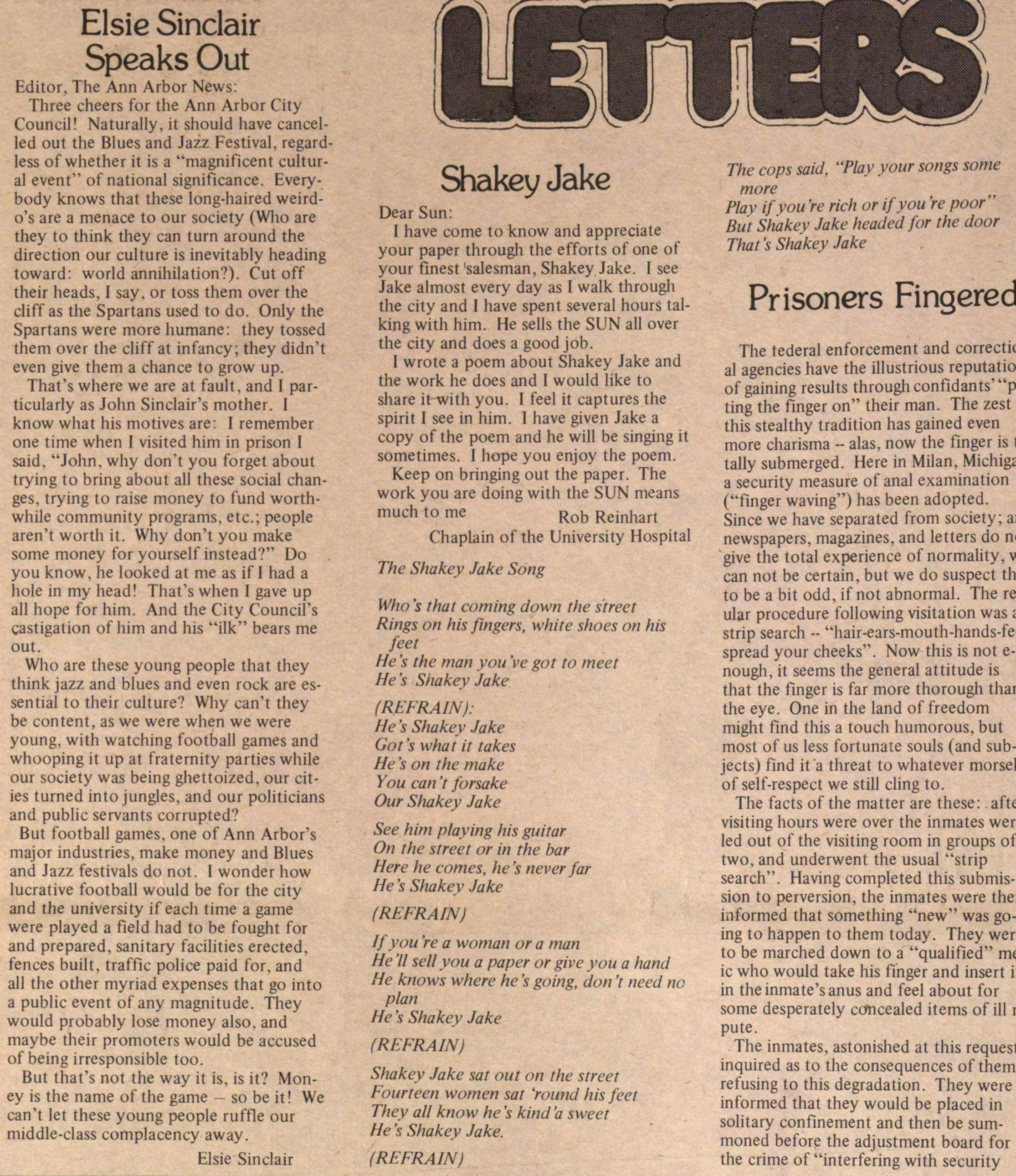 Editor, The Ann Arbor News: Three cheers for the Ann Arbor City Council! Naturally, it should have cancelled out the Blues and Jazz Festival, regardless of whether it is a "magnificent cultural event" of national significance. Everybody knows that these long-haired weirdo's are a menace to our society (Wlio are they to think they can turn around the direction our culture is inevitably heading toward: world annihilation?). Cut off their heads, I say, or toss them over the cliff as the Spartans used to do. Only the Spartans were more humane: they tossed them over the cliff at infancy; they didn't even give them a chance to grow up. That's where we are at fault, and I particularly as John Sinclair's mother. I know what his motives are: I remember one time when I visited him in prison I said, "John, why don't you forget about trying to bring about all these social changes, trying to raise money to fund worthwhile community programs, etc; people aren't worth it. Why don't you make some money for yourself instead?" Do you know, he looked at me as if I had a hole in my head! That's when I gave up all hope for him. And the City Council 's castigation of him and his "ilk" bears me out. Wlio are these young people that they think jazz and blues and even rock are essential to their culture? Why can't they be content, as we were when we were young, with watching football games and whooping it up at fraternity parties while our society was being ghettoized, our cities turned into jungles, and our politicians and public servants corrupted? But football games, one of Ann Arbor's major industries, make money and Blues and Jazz festivals do not. I wonder how lucrative football would be for the city and the university if eacli time a game were played a field had to be fought for and prepared, sanitary facilities erected, fences built, traffic pólice paid for, and aJl the other myriad expenses that go into a public event of any magnitude. They would probably lose money also. and maybe their promoters would be accused of being irresponsible too. But that's not the way it is, is it? Money is the name of the game - so be it! We can't let these young people ruffle our middle-class complacency away.