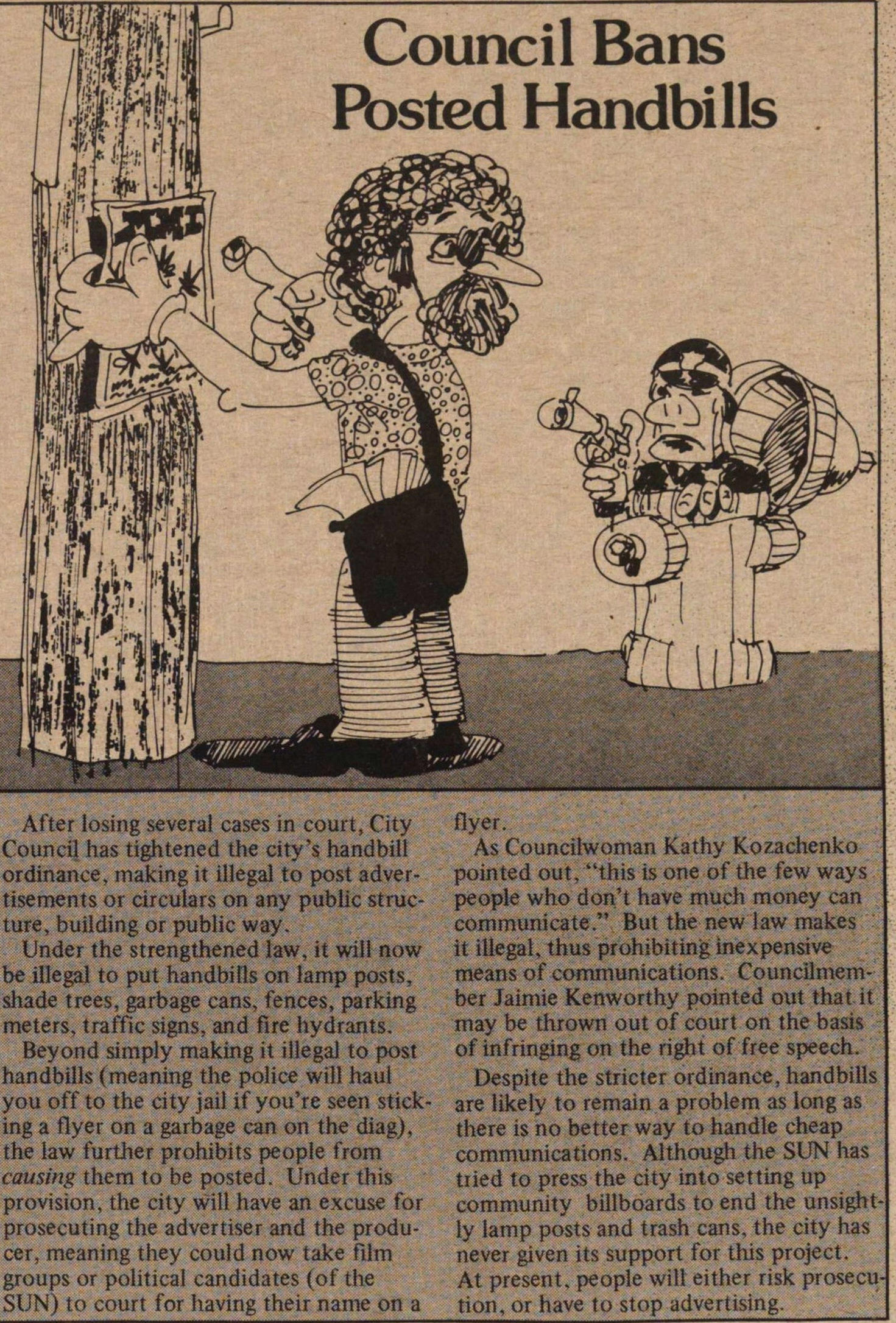 After losing severa! cases in court, City Council has tightened the city's handbill ordinance, making it illegal to post advertisements or circulars on any public structure, building or public way. Under the strengthened law, it wiii now be illegal to put handbifls on lamp posts, shade trees, garbage cans, fences, parking meters, traffic signs, and fire hydrants. Beyond simply making it illegal to post handbills (meaning the pólice wil) haul you off to the city jail if you're seen sticking a flyer on a garbage can on the diag), the law further prohibits people from causing them to be posted. Under this provisión, the city will have an excuse for prosecuting the advertiser and the producer, meaning they could now take film groups or political candidates (of the SUN) to court for having their name on a flyer. As Councilwoman Kathy Kozachenko pointed out, "this is one of the few ways people who don't have much money can communicate." But the new law makes it iUegal, thus prohibiting inexpensive means of Communications. Councilmember Jaimie Kenworthy pointed out that it may be thrown out of court on the basis of infringing on the right offree speech. Despite the stricter ordinance, handbills are likely to remain a problem as long as there is no better way to handle cheap Communications. Although the SUN has tiied to press the city into setting up community billboards to end the unsightly lamp posts and trash cans. the city has never given its support for this project. At present, people will either risk prosecution, or have to stop advertising.