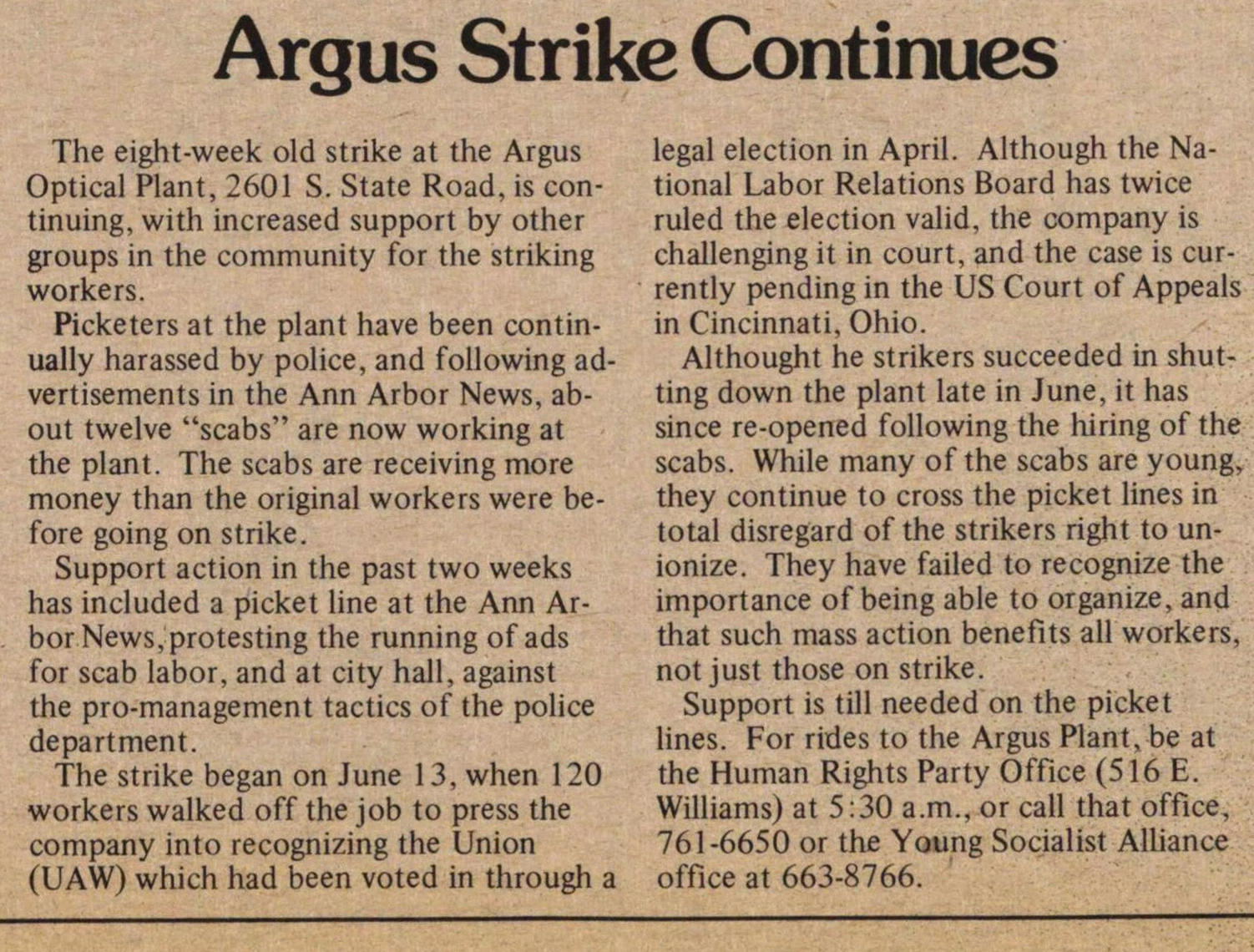 The eight-week old strike at the Argus Optical Plant, 2601 S. State Road, is continuing, with increased support by other groups in the community for the striking workers.

Picketers at the plant have been continually harassed by police, and following advertisements in the Ann Arbor News, about twelve "scabs" are now working at the plant. The scabs are receiving more money than the original workers were before going on strike.

Support action in the past two weeks has included a picket line at the Ann Arbor News, protesting the running of ads for scab labor, and at city hall, against the pro-management tactics of the police department.

The strike began on June 13, when 120 workers walked off the job to press the company into recognizing the Union (UAW) which had been voted in through a legal election in April. Although the National Labor Relations Board has twice ruled the election valid, the company is challenging it in court, and the case is currently pending in the US Court of Appeals in Cincinnati, Ohio.

Although the strikers succeeded in shutting down the plant late in June, it has since re-opened following the hiring of the scabs. While many of the scabs are young, they continue to cross the picket lines in total disregard of the strikers right to unionize. They have failed to recognize the importance of being able to organize, and that such mass action benefits all workers, not just those on strike.