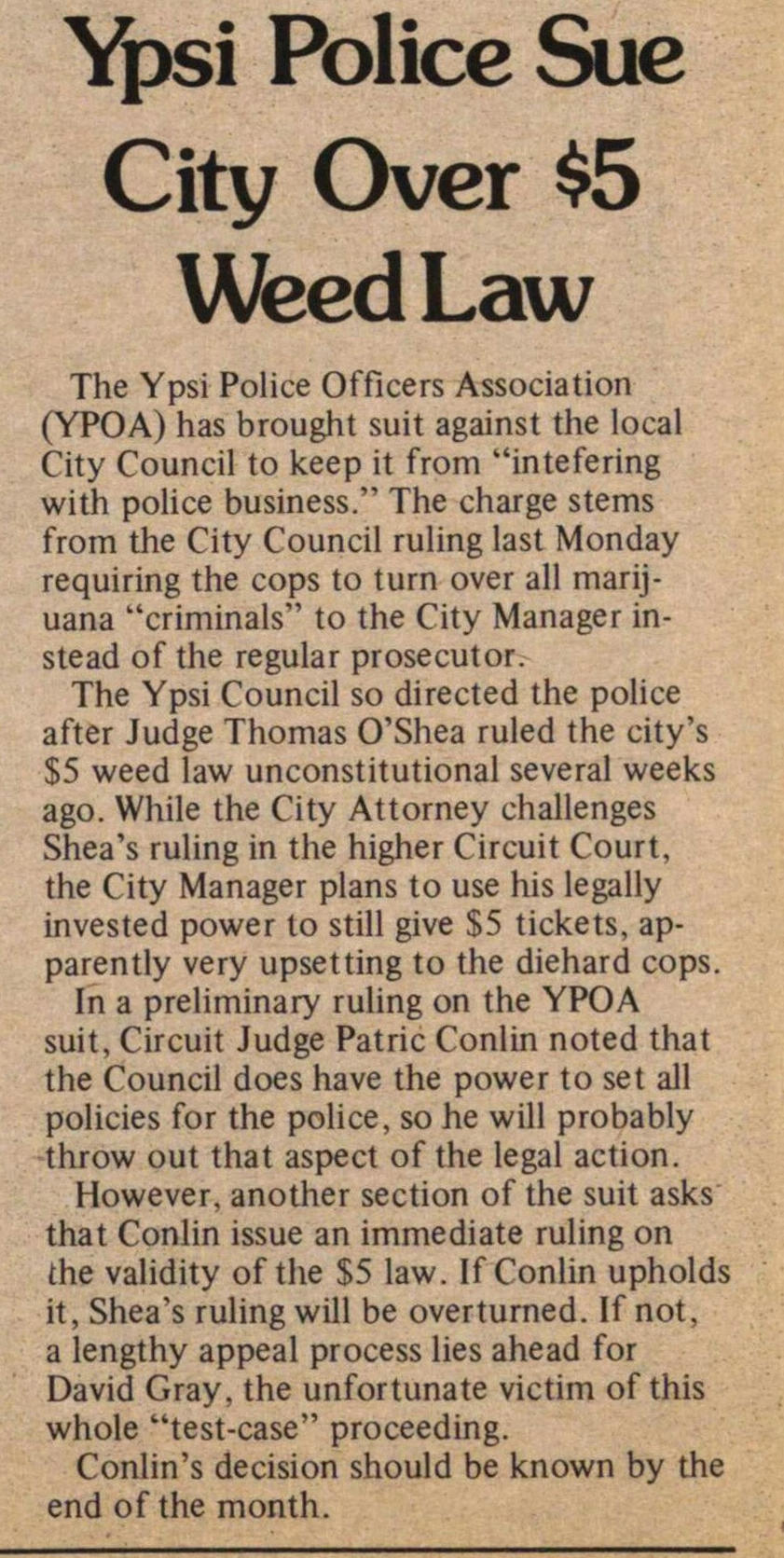 The Ypsi Pólice Officers Association (YPOA) has brought suit against the local City Council to keep it from "intefering with pólice business." The charge sterns from the City Council ruling last Monday requiring the cops to turn over all marijuana "crimináis" to the City Manager instead of the regular prosecutor. The Ypsi Council so directed the pólice after Judge Thomas O'Shea ruled the city's $5 weed law unconstitutional several weeks ago. While the City Attorney challenges Shea's ruling in the higher Circuit Court, the City Manager plans to use his legally invested power lo still give $5 tickets, apparently very upsetting to the diehard cops. ín a preliminary ruling on the YPOA suit, Circuit Judge Patrie Conlin noted that the Council does have the power to set all policies for the pólice, so he will probably throw out that aspect of the legal action. However, another section of the suit asks that Conlin issue an immediate ruling on the validity of the $5 law. If Conlin upholds it, Shea's ruling will be overturned. If not, a lengthy appeal process lies ahead for David Gray, the unfortunate victim of this whole "test-case" proceeding. Conlin's decisión should be known by the end of the month.