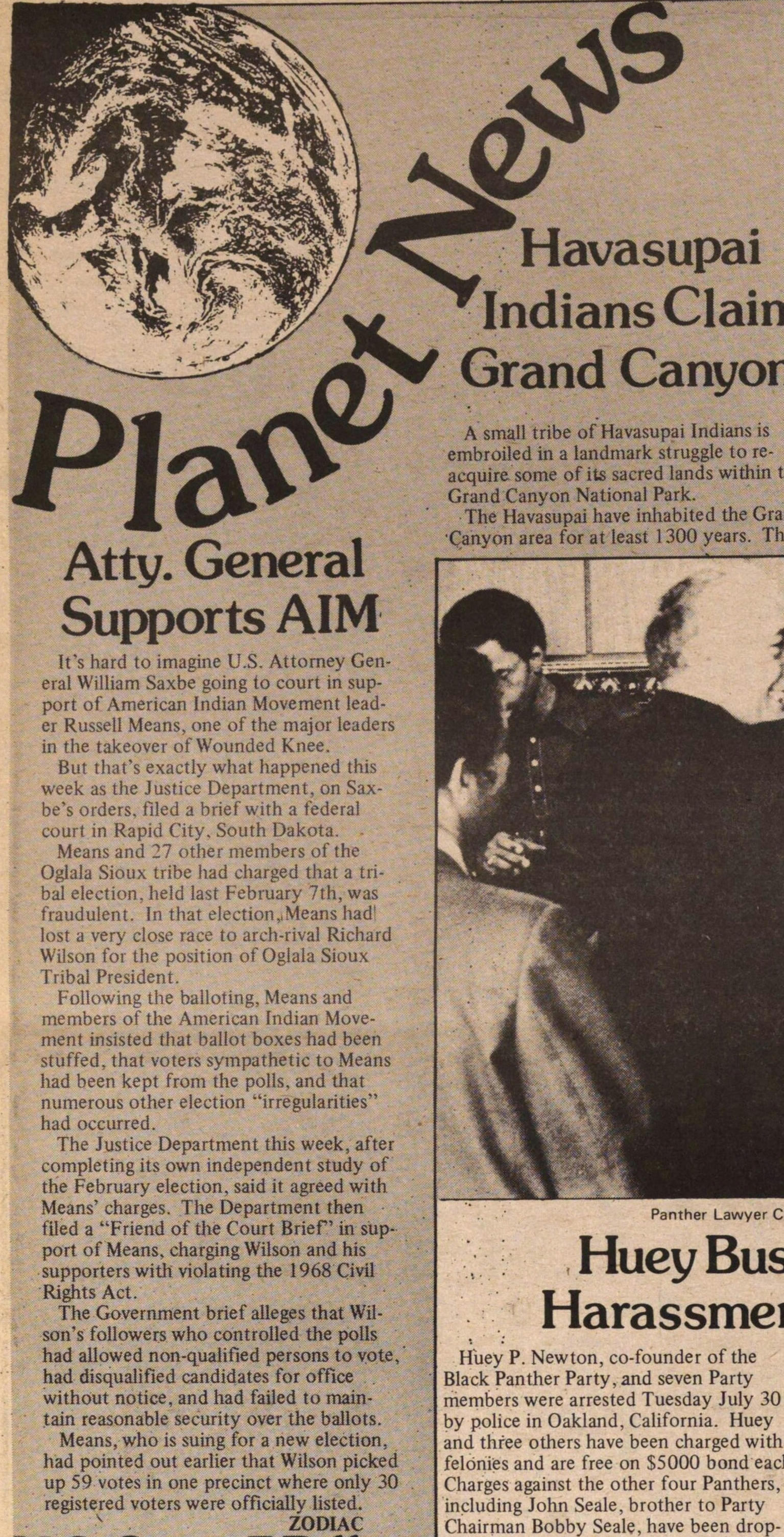 It's hard to imagine U.S. Attorney General William Saxbe going to court in support of American Indian Movement leader Russell Means, one of the major leaders in the takeover of Wounded Knee. But that's exactly what happened this week as the Justice Department, on Saxbe's orders, filed a brief with a federal court in Rapid City, South Dakota. Means and 27 other members of the Oglala Sioux tribe had charged that a tribal election. held last February 7th, was fraudulent. In that election„Means had' lost a very close race to arch-rival Richard Wilson for the position of Oglala Sioux Tribal President. Following the balloting, Means and members of the American Indian Movement insisted that ballot boxes had been stuffed, that voters sympathetic to Means had been kept from the polls, and that numerous other election "irregularities" had occurred. The Justice Department this week, after completing its own independent study of the February election, said it agreed with Means' charges. The Department then filed a "Friend of the Court Brief' in support of Means, charging Wilson and his supporters with violating the 1968 Civil Rights Act. The Government brief alleges that Wilson's followers who controüed the polls had allowed non-qualified persons to vote,' had disqualified candidates for office without notice, and had failed to maintain reasonable security over the ballots. Means, who is suing for a new election. had pointed out earlier that Wilson picked up 59 votes in one precinct where only 30 registered voters were officially listed. T 'l