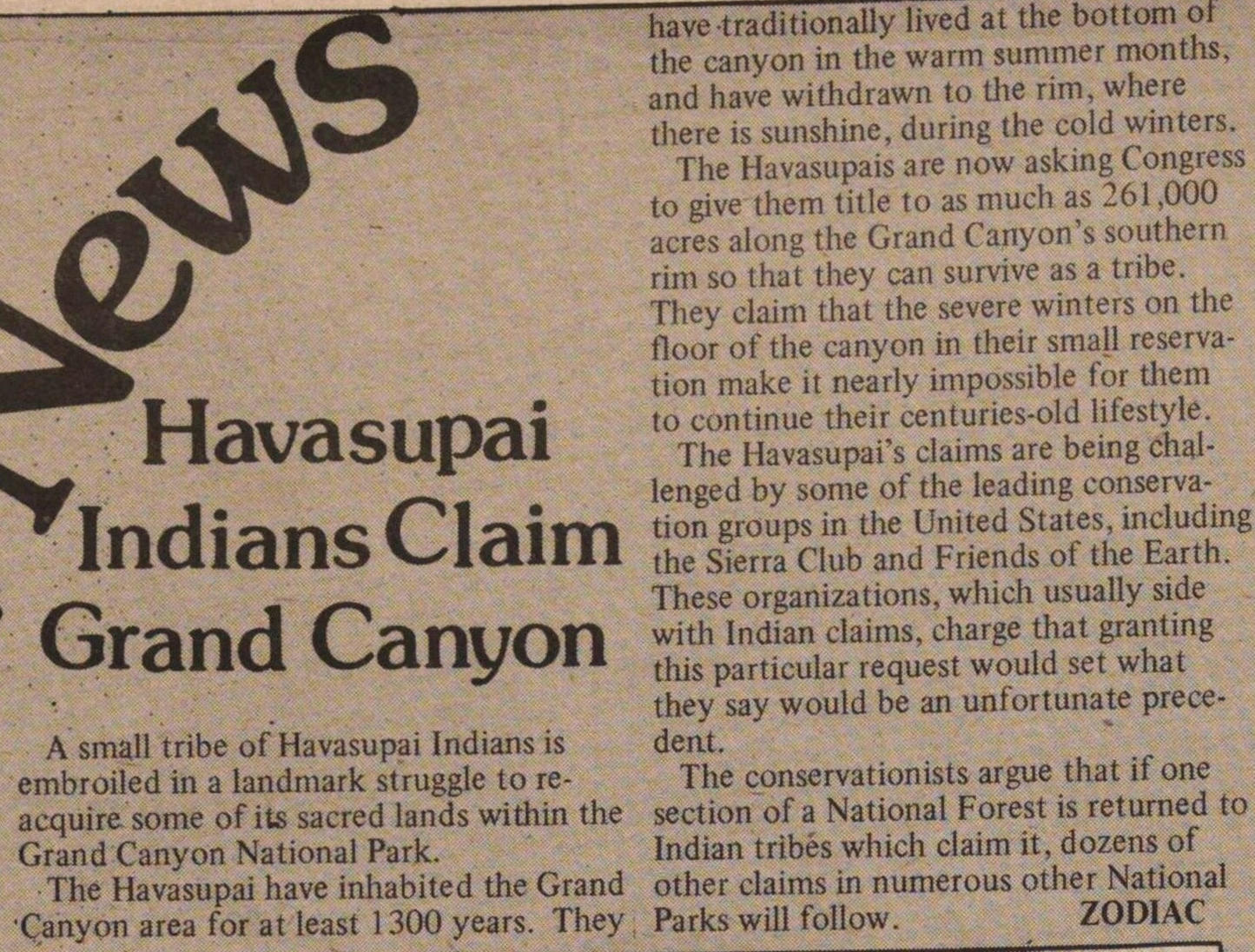 A small tribe of Havasupai Indians is embroiled in a landmark struggle to reacquire some of itó sacred lands within the Grand Canyon National Park. The Havasupai have inhabited the Grand ■Canyon área for at least 1 300 years. They havetraditionally lived at the bottom of the canyon in the warm summer months, and have withdrawn to the rim, where there is sunshine, during the cold winters. The Havasupais are now asking Congress to give them title to as much as 261 ,000 acres along the Grand Canyon's southern rim so that they can survive as a tribe. They claim that the severe winters on the floor of the canyon in their small reservation make it nearly impossible for them to continue their centuries-old lifestyle. The Havasupai's claims are being challenged by some of the leading conservation groups in the United States, including the Sierra Club and Friends of the Earth. These organizations, which usually side with Indian claims, charge that granting this particular request would set what they say would be an unfortunate precedent. The conservationists argue that if one section of a National Forest is returned to Indian tribes which claim it, dozens of other claims in numerous other National Parkswillfollow.