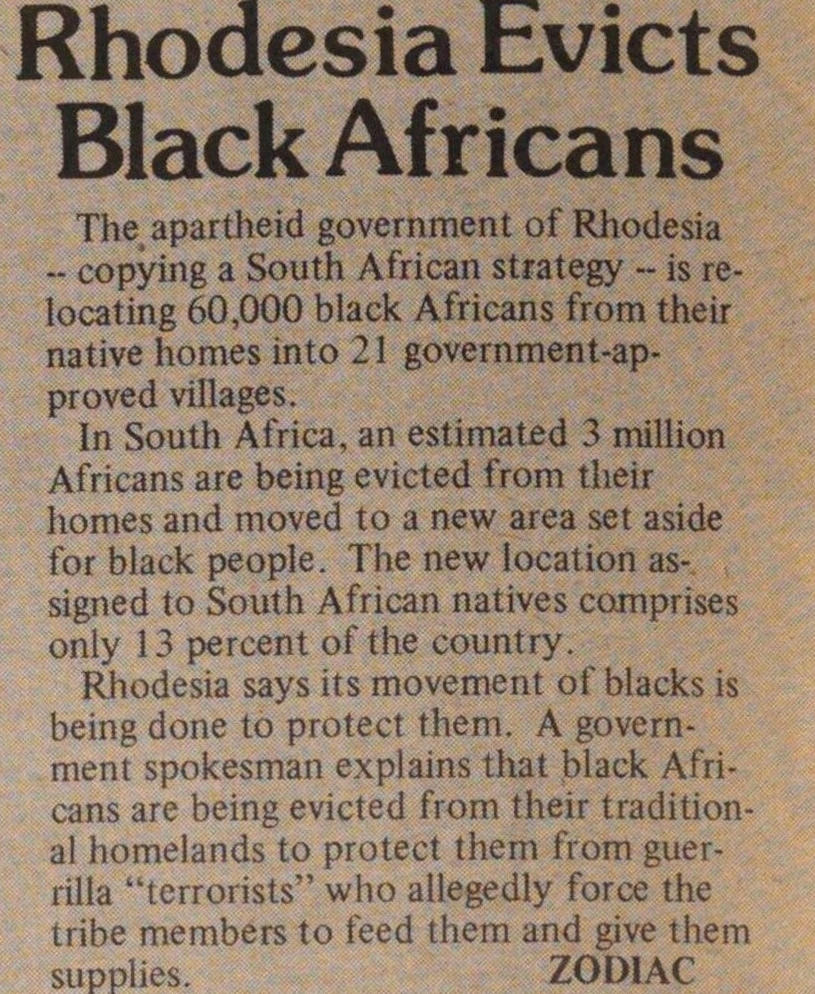 The apartheid government of Rhodesia - copying a South African strategy - is relocating 60,000 black Africans from their native homes into 2 1 government-approved villages. In South África, an estimatfid 3 million Africans are being evicted from tlieir homes and moved to a new area set aside for black people. The new location assigned to South African natives comprises only 13 percent of the country. Rhodesia says its movement of blacks is being done to protect them. A government spokesman explains that black Africans are being evicted from their traditional homelands to protect them from guerrilla "terrorists" who allegedly force the tribe members to feed them and give them supplies.