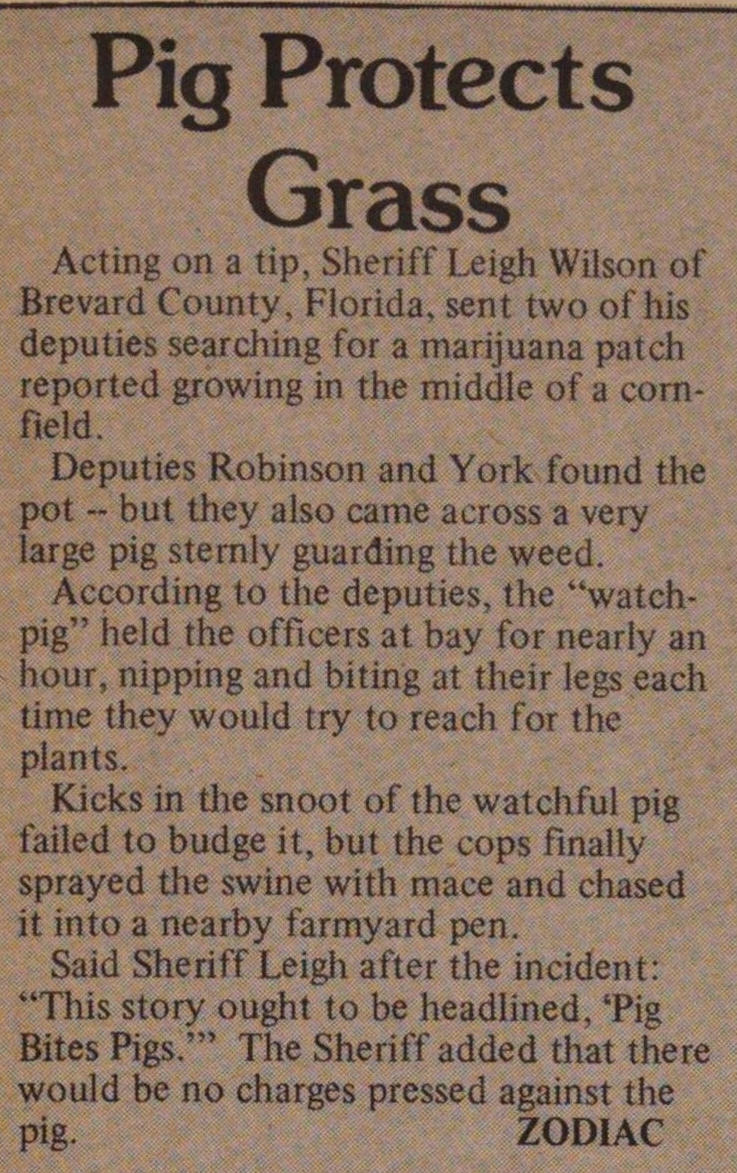 Acting on a tip, Sheriff Leigh Wilson of Brevard County, Florida, sent two of his deputies searching for a marijuana patch reported growing in the middle of a cornfield. Deputies Robinson and York found the pot - but they also came across a very large pig sternly guarding the weed. According to the deputies, the "watchpig" held the officers at bay for nearly an hour, nipping and biting at their legs each time they wouid try to reach for the plants. Kicks in the snoot of the watchful pig failed to budge it, but the cops finally sprayed the swine with mace and chased it into a nearby farmyard pen. Said Sheriff Leigh after the incident: "This story ought to be headlined, 'Pig Bites Pigs.'" The Sheriff added that there would be no charges pressed against the