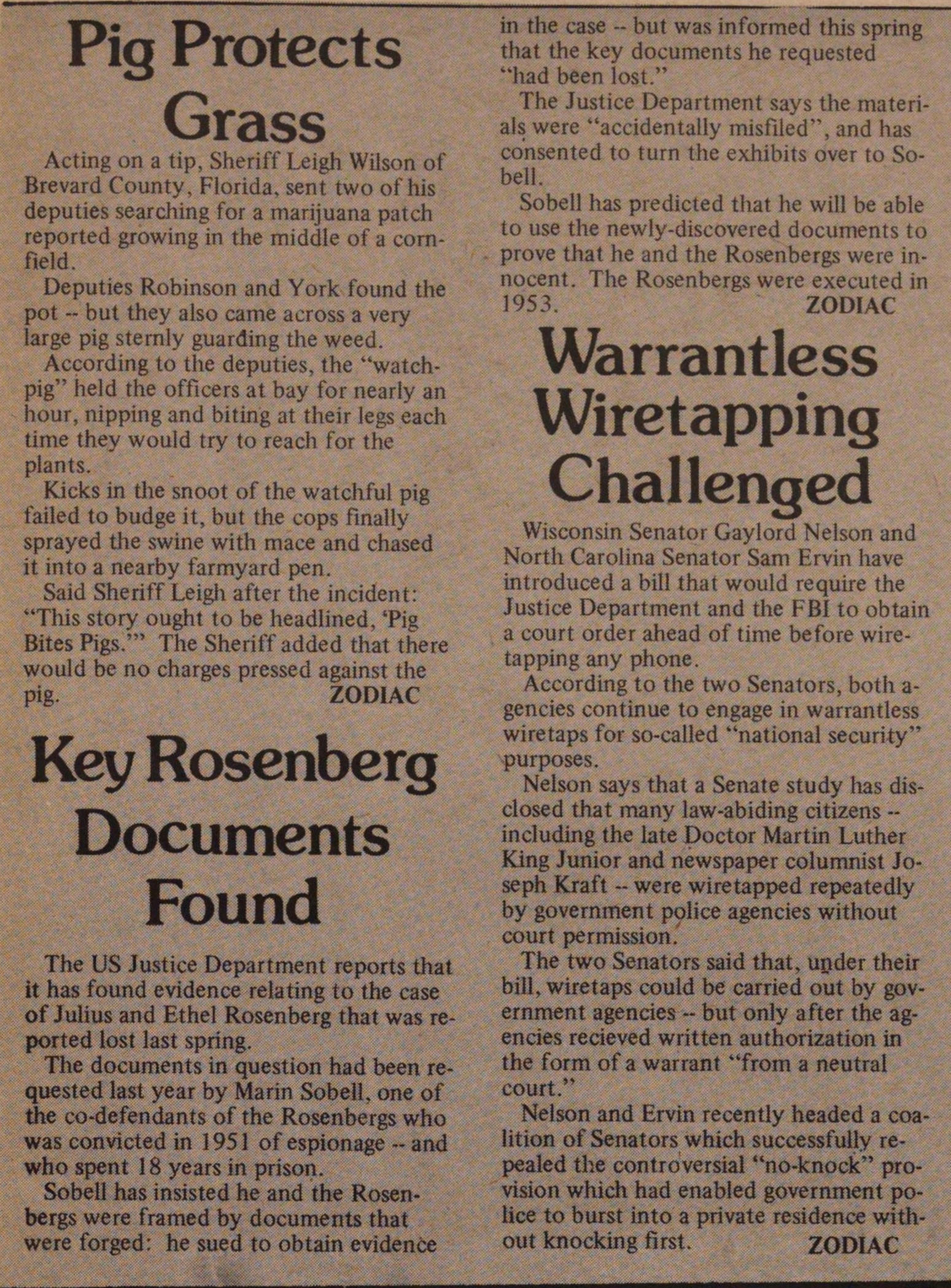 The US Justice Department reports that it has found evidence relating to the case of Julius and Ethel Rosenberg that was reported lost last spring. The documents in question had been requested last year by Marín Sobell, one of the co-defendants of the Rosenbergs who was convicted in 1951 of espionage - and who spent 18 years in prison. Sobêll has insisted he and the Rosenbergs were framed by documents that were forged: he sued to obtain evidenóe in the case -- but was informed this spring that the key documents he requested "had been lost." The Justice Department says the materials were "accidentally misfiled", and has consented to turn the exhibits over to Sobell. Sobell has predicted that he will be able to use the newly-discovered documents to prove that he and the Rosenbergs were innocent. The Rosenberes were executed in 1953.