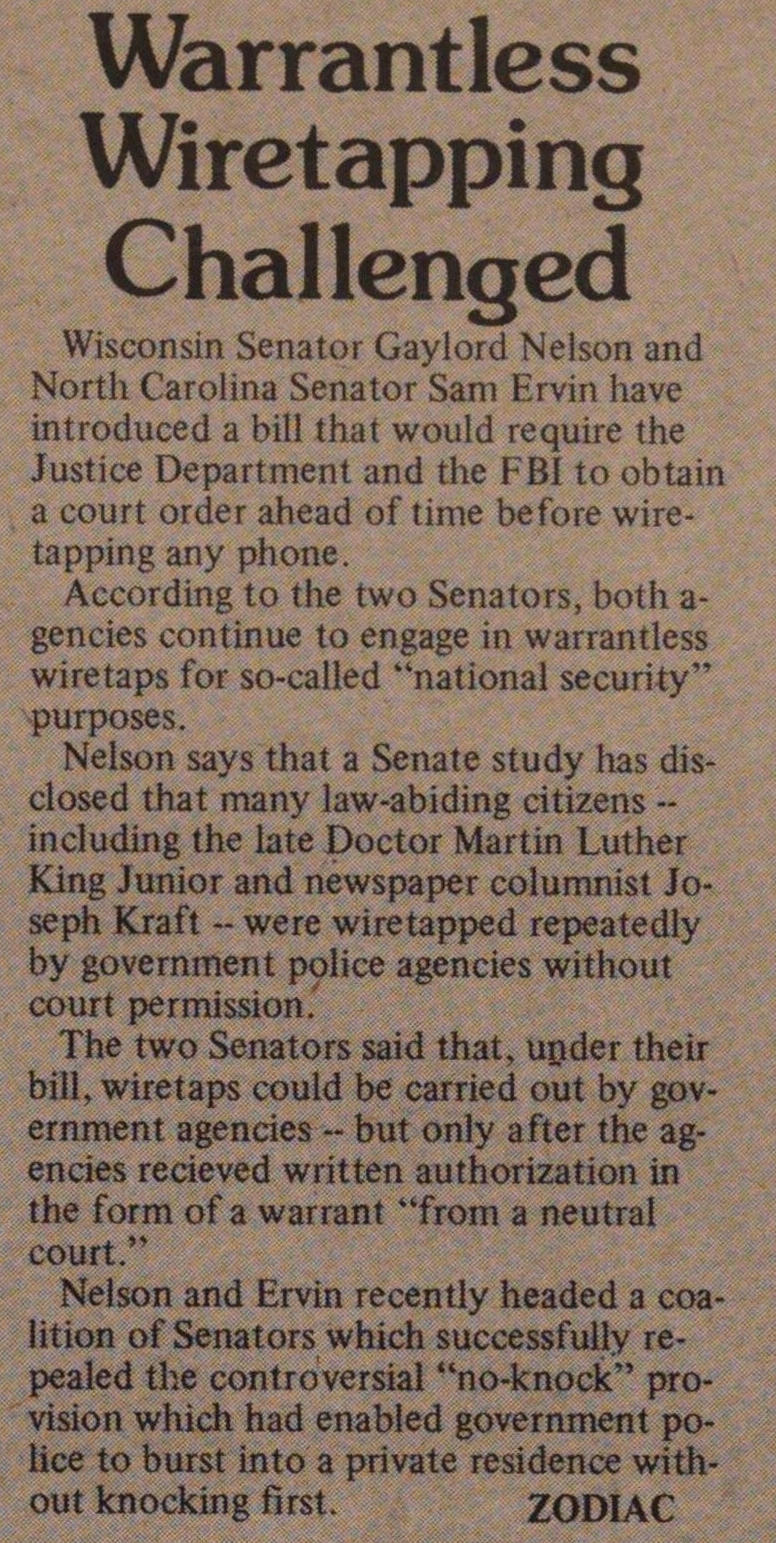 Wisconsin Senator Gaylord Nelson and North Carolina Senator Sam Ervin have introduced a bilí that would require the Justice Department and the FBI to obtain a court order ahead of time before wiretapping any phone. According to the two Senators, both agencies continue to engage in warrantless wiretaps for so-called "nationai security" purposes. Nelson says that a Senate study has disclosed that many law-abiding citizens -- including the late Doctor Martin Luther King Junior and newspaper columnist Joseph Kraft -- were wiretapped repeatedly by government pólice agencies without court permission. The two Senators said that, under their bill, wiretaps could be carried out by government agencies -- but only after the agencies recieved written authorization in the form of a warrant "from a neutral court." Nelson and Ervin recently headed a coalition of Senators which successfully repealed the controversial "no-knock" provisión which had enabled government police to burst into a private residence out knocking first.