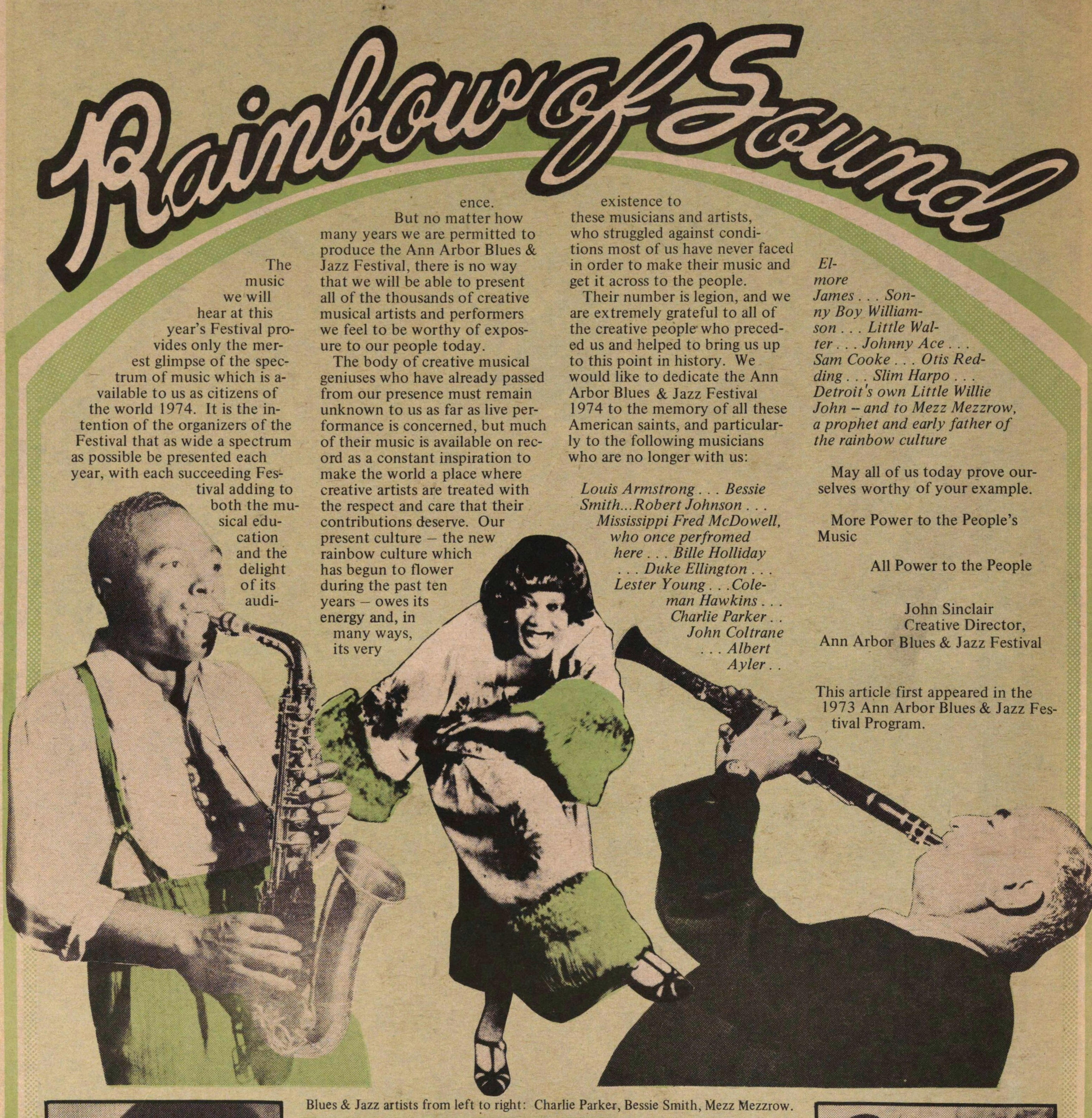 The music we will hear at this year's Festival provides only the merest glimpse of the spectrum of music which is available to us as citizens of the world 1974. It is the intention of the organizers of the Festival that as wide a spectrum as possible be presented each year, with each succeeding Festival adding to both the musical education and the delight of its audience. But no matter how many years we are permitted to produce the Ann Arbor Blues & Jazz Festival, there is no way that we will be able to present all of the thousands of creative musical artists and performers we feel to be worthy of exposure to our people today.

The body of creative musical geniuses who have already passed from our presence must remain unknown to us as far as live performance is concerned, but much of their music is available on record as a constant inspiration to make the world a place where creative artists are treated with the respect and care that their contributions deserve. Our present culture - the new rainbow culture which has begun to flower during the past ten years - owes its energy and, in many ways, its very existence to these musicians and artists who struggled against conditions most of us have never faced in order to make their music and get it across to the people.

Their number is legion, and we are extremely grateful to all of the creative people who preceded us and helped to bring us up to this point in history. We would like to dedicate the Ann Arbor Blues & Jazz Festival 1974 to the memory of all these American saints, and particularly to the following musicians who are no longer with us:

May all of us today prove ourselves worthy of your example.