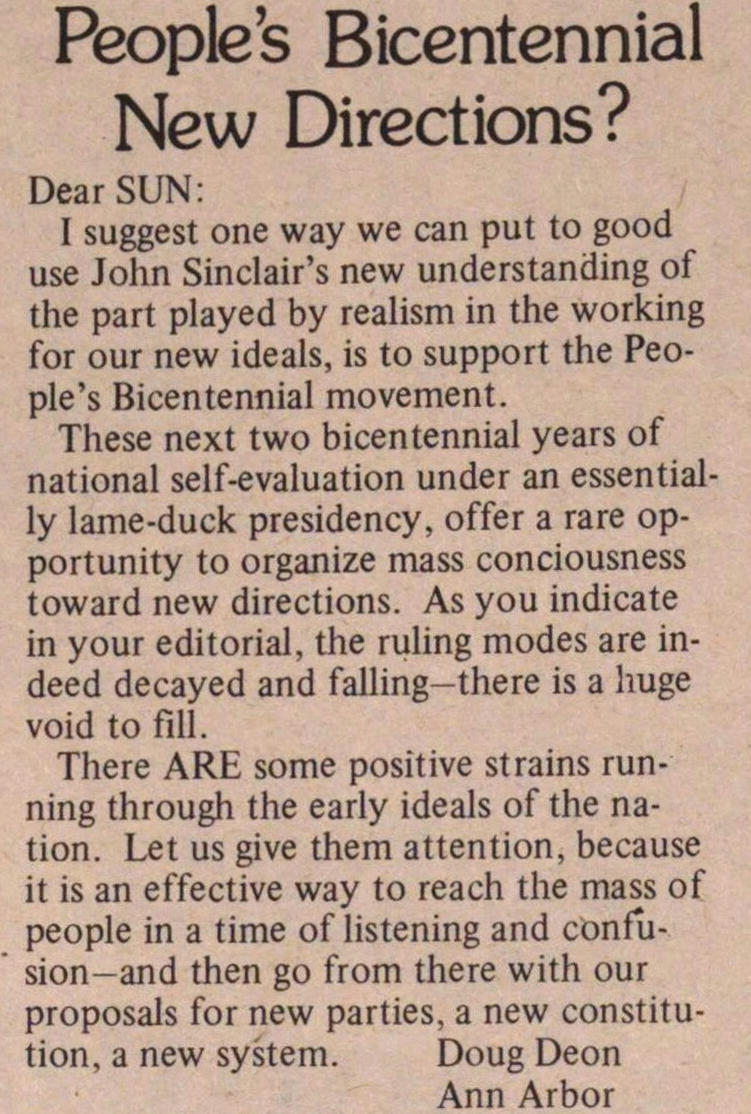 I suggest one way we can put to good use John Sinclair's new understanding of the part played by realism in the working for our new ideals, is to support the People's Bicentennial movement.

These next two bicentennial years of national self-evaluation under an essentially lame-duck presidency, offer a rare opportunity to organize mass consciousness toward new directions. As you indicate in your editorial, the ruling modes are indeed decayed and falling-there is a huge void to fill.

There ARE some positive strains running through the early ideals of the nation. Let us give them attention, because it is an effective way to reach the mass of people in a time of listening and confusion- and then go from there with our proposals for new parties, a new constitution, a new system.