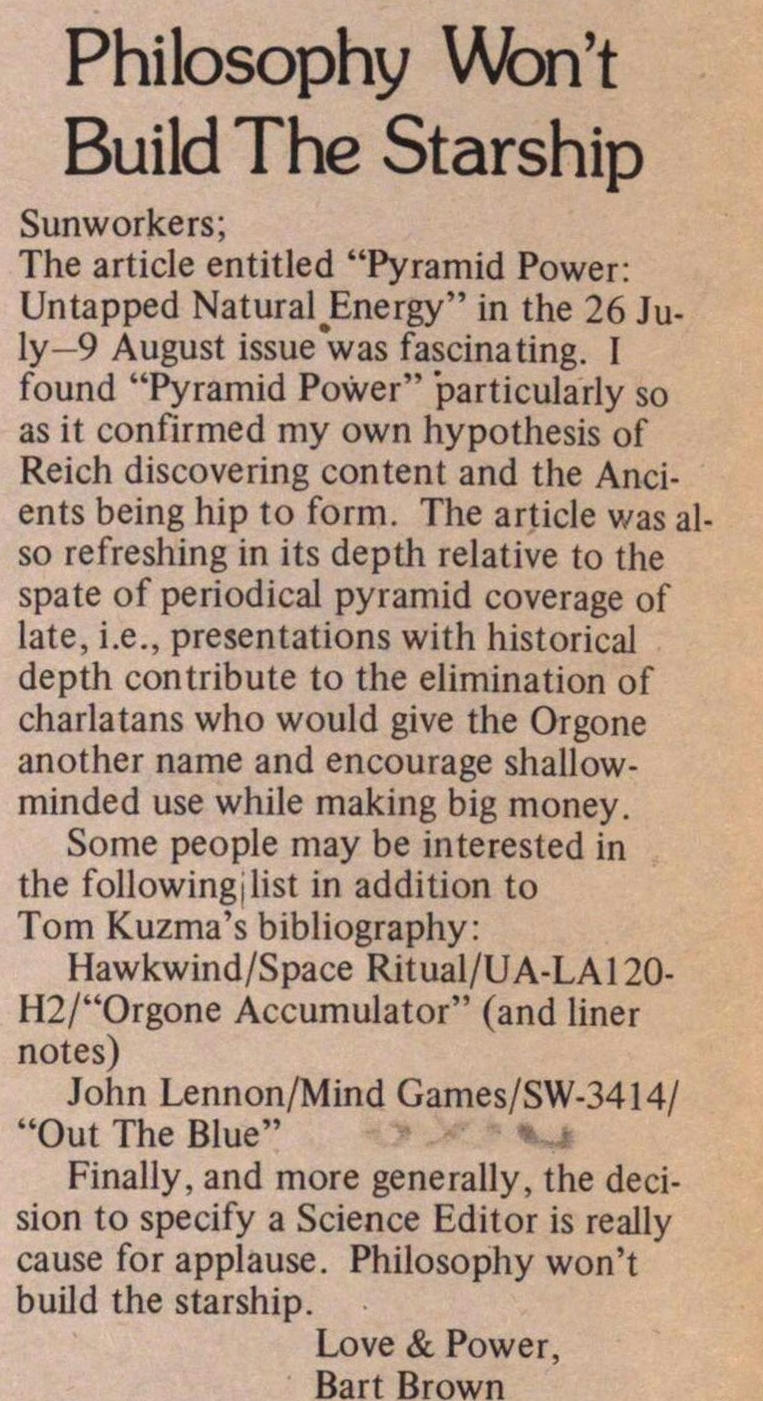 The article entitled "Pyramid Power: Untapped Natural Energy" in the 26 July- 9 August issue was fascinating. I found "Pyramid Power" particularly so as it confirmed my own hypothesis of Reich discovering content and the Ancients being hip to form. The article was also refreshing in its depth relative to the spate of periodical pyramid coverage of late, i.e., presentations with historical depth contribute to the elimination of charlatans who would give the Orgone another name and encourage shallow-minded use while making big money.

Finally, and more generally, the decision to specify a Science Editor is really cause for applause. Philosophy won't build the starship.