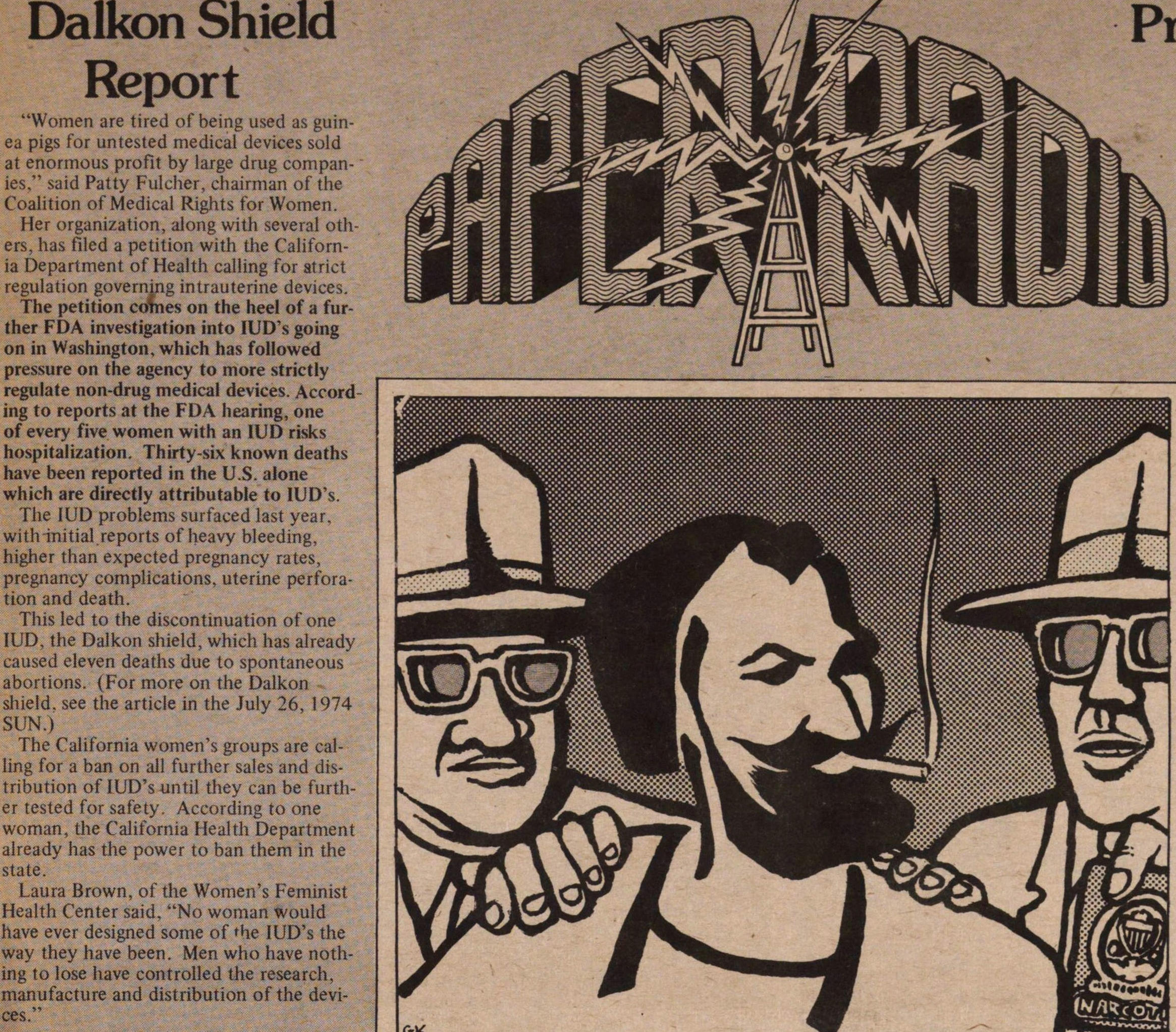 "Women are tired of being used as guinea pigs for untested medical devices sold at enormous profit by large drug companies," said Patty Fulcher, chairman of the Coalition of Medical Rights for Women. Her organization, along with several others, has filed a petition with the California Department of Health calling for atrict regulation governing intrauterine devices. The petition coinés on the heel of a further FDA investigaron into IUD's going on in Washington, which has followed pressure on the agency to more strictly regúlate non-drug medical devices. According to reports at the FDA hearing, one of every five women with an IUD risks hospitalizaron. Thirty-six known deaths have been reported in the U.S. alone which are directly attributable to IUD's. The IUD problems surfaced last year. with initial reports of heavy bleeding, higher than expected pregnancy rates, pregnancy complications, uterine perforation and death. This led to the discontinuation of one IUD, the Dalkon shield, which has already caused eleven deaths due to spontaneous abortions. (For more on the Dalkon shield. see the article in the July 26, 1974 SUN.) The California women's groups are calling for a ban on all further sales and dtstribution of IUD's until they can be further tested for safety. According to one woman, the California Health Department already has the power to ban them in the state. Laura Brown, of the Women's Feminist Health Center said, "No woman would have ever designed some of 'he IUD's the way they have been. Men who have nothing to lose have controlled the research, manufacture and distribution of the devices."