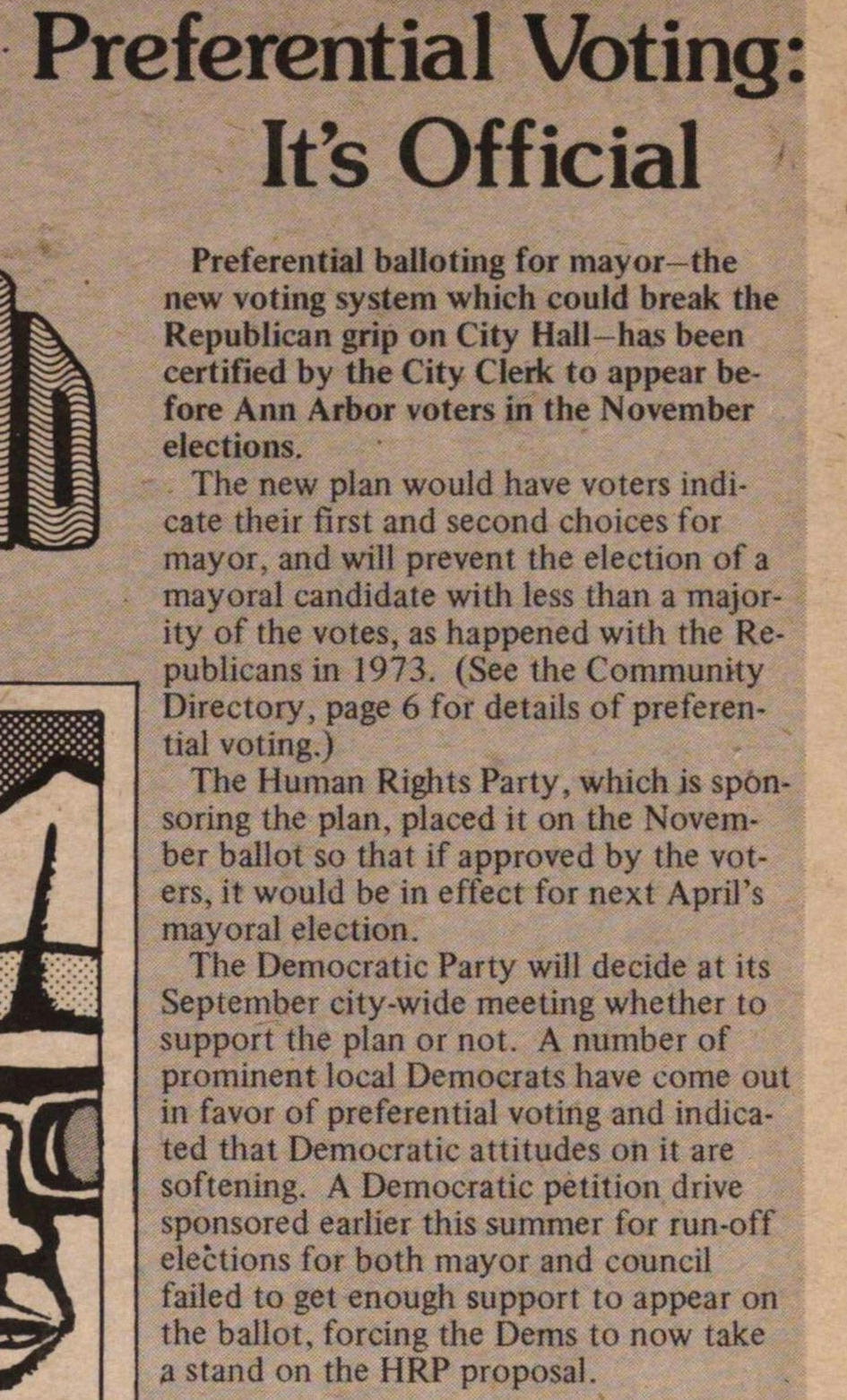 Preferential balloting for mayor- the new voting system which could break the Republican grip on City Hall- has been certified by the City Clerk to appear before Ann Arbor voters in the November elections.

The new plan would have voters indicate their first and second choices for mayor, and will prevent the election of a mayoral candidate with less than a majority of the votes, as happened with the Republicans in 1973. (See the Community Directory, page 6 for details of preferential voting.)

The Human Rights Party, which is sponsoring the plan, placed it on the November ballot so that if approved by the voters, it would be in effect for next April's mayoral election.

The Democratic Party will decide at its September city-wide meeting whether to support the plan or not. A number of prominent local Democrats have come out in favor of preferential voting and indicated that Democratic attitudes on it are softening. A Democratic petition drive sponsored earlier this summer for run-off elections for both mayor and council failed to get enough support to appear on the ballot, forcing the Dems to now take a stand on the HRP proposal.