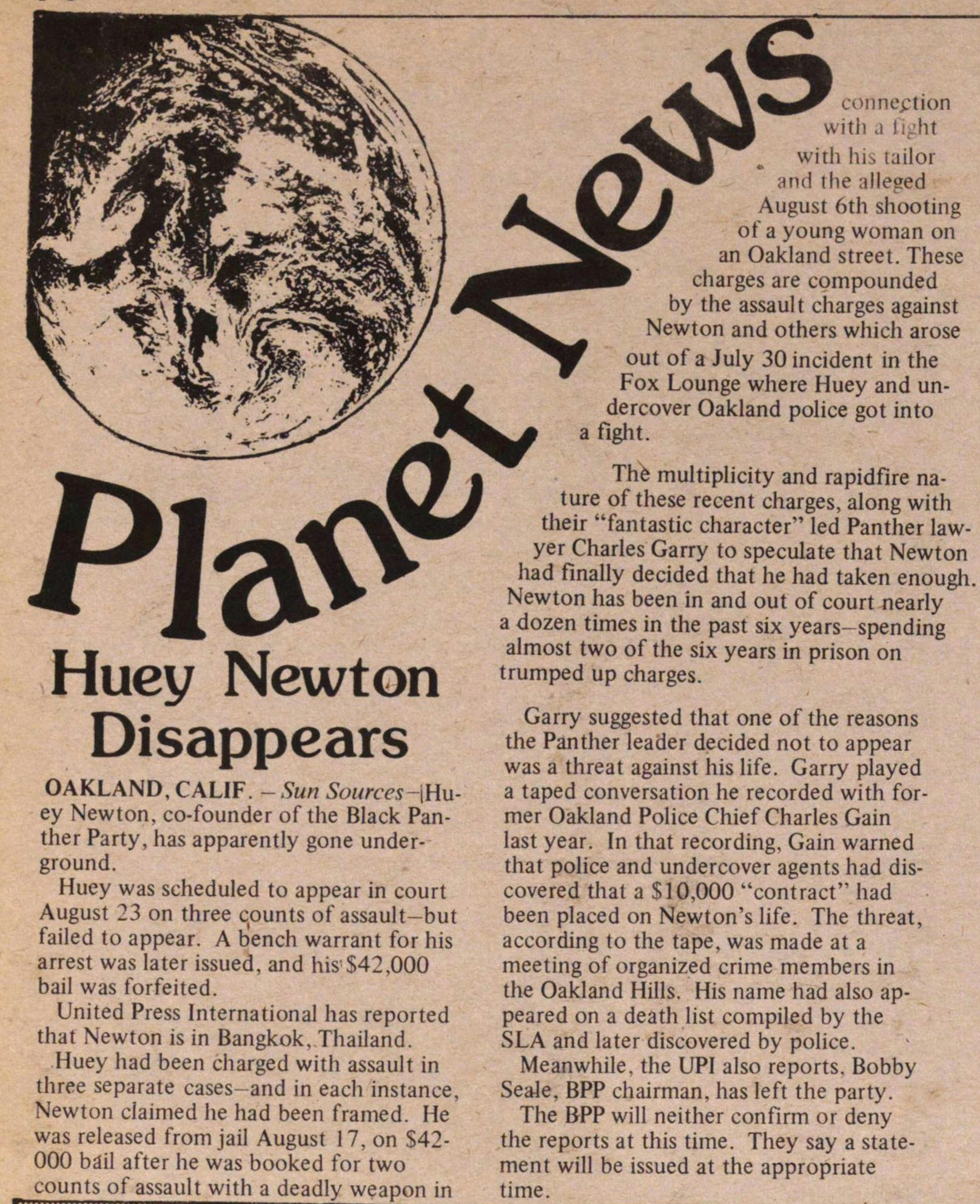 Huey was scheduled to appear in court August 23 on three counts of assault-but failed to appear. A bench warrant for his arrest was later issued, and his $42,000 bail was forfeited.

United Press International has reported that Newton is in Bangkok, Thailand. Huey had been charged with assault in three separate cases-and in each instance, Newton claimed he had been framed. He was released from jail August 17, on $42,000 bail after he was booked for two counts of assault with a deadly weapon in connection with a fight with his tailor and the alleged August 6th shooting of a young woman on an Oakland street. These charges are compounded by the assault charges against Newton and others which arose out of a July 30 incident in the Fox Lounge where Huey and undercover Oakland police got into a fight.

The multiplicity and rapid-fire nature of these recent charges, along with their "fantastic character" led Panther lawyer Charles Garry to speculate that Newton had finally decided that he had taken enough. Newton has been in and out of court nearly a dozen times in the past six spending almost two of the six years in prison on trumped up charges.

Garry suggested that one of the reasons the Panther leader decided not to appear was a threat against his life. Garry played a taped conversation he recorded with former Oakland Police Chief Charles Gain last year. In that recording, Gain warned that police and undercover agents had discovered that a $10,000 "contract" had been placed on Newton's life. The threat, according to the tape, was made at a meeting of organized crime members in the Oakland Hills. His name had also appeared on a death list compiled by the SLA and later discovered by police.

The BPP will neither confirm or deny the reports at this time. They say a statement will be issued at the appropriate time.