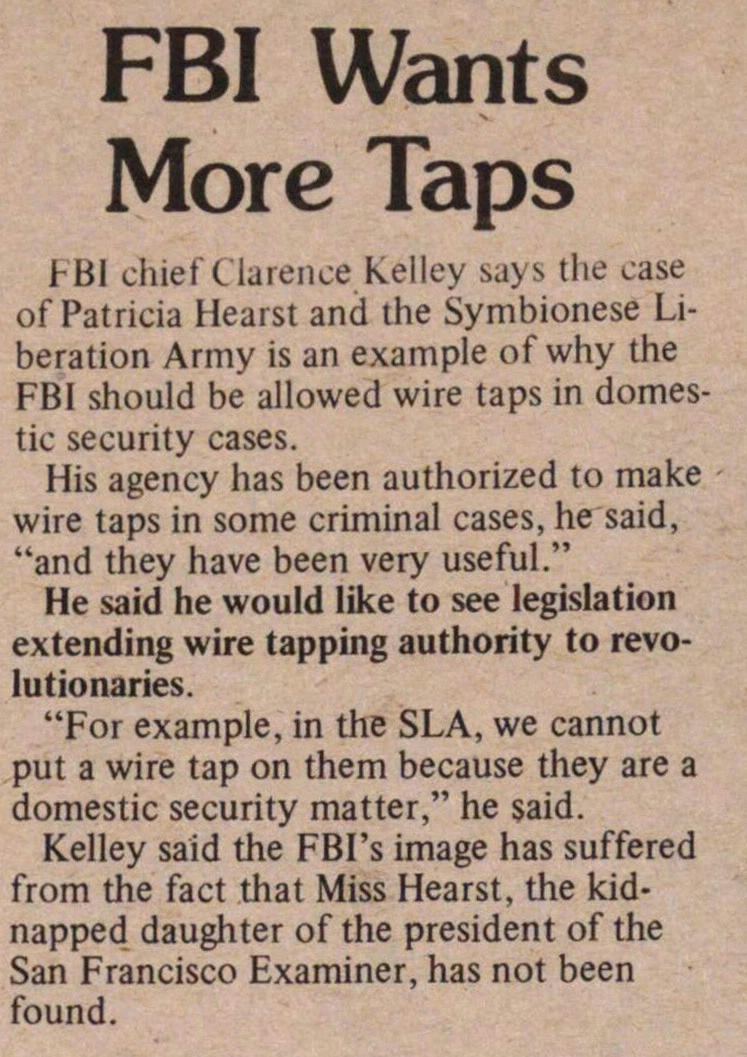 J-BI chiet'Clarence kelley says the case of Patricia Hearst and the Symbionese Liberation Army is an example of why the FBI should be allowed wire taps in domestic security cases. His agency has been authorized to make wire taps in some criminal cases, he said, "and they have been very useful." He said he would like to see legislation extending wire tapping authority to revolutionaries. "For example, in the SLA, we cannot put a wire tap on them because they are a domestic security matter," he said. Kelley said the FBI's image has suffered from the fact that Miss Hearst, the kidnapped daughter of the president of the San Francisco Examiner, has not been found.