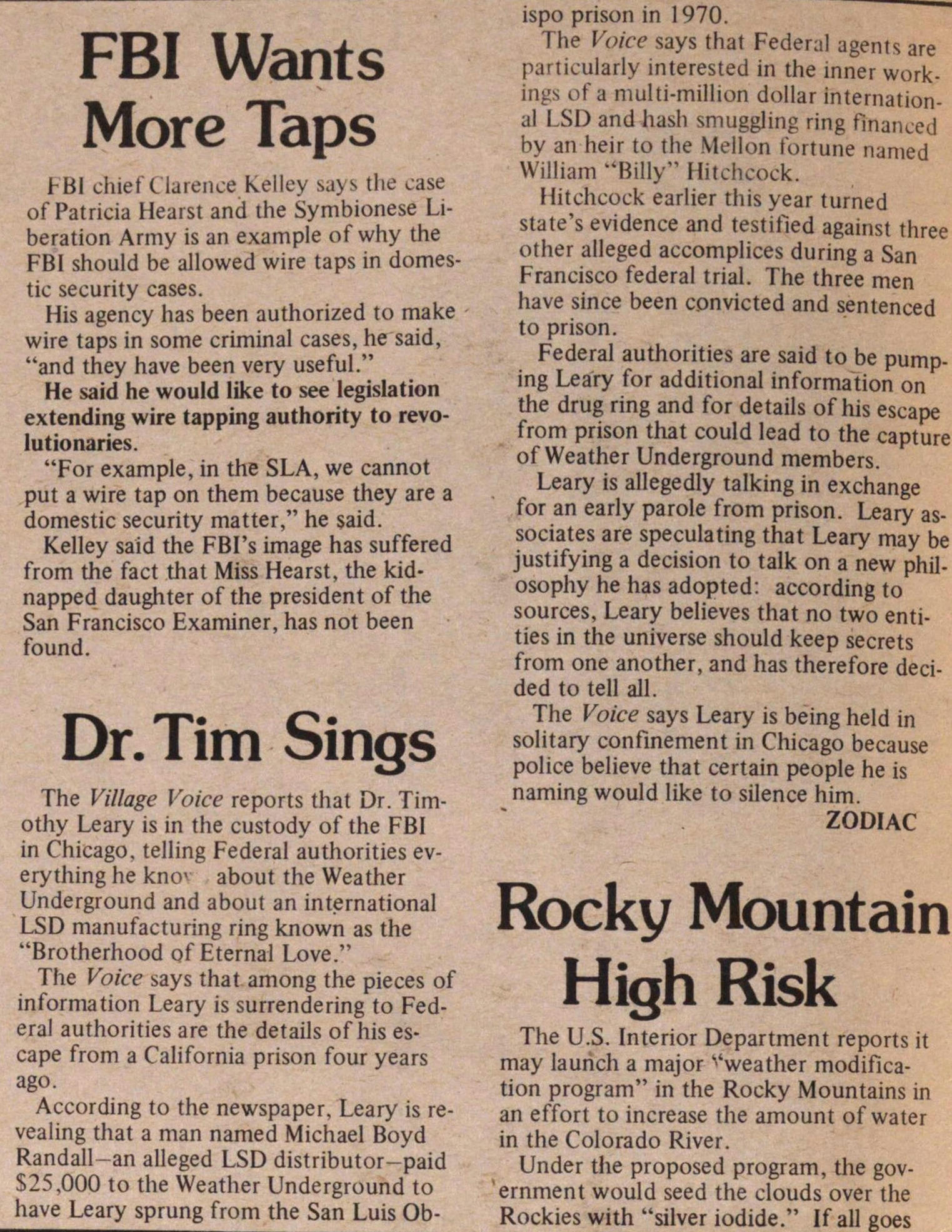 The Village Voice reports that Dr. Timothy Leary is in the custody of the FBI in Chicago, telling Federal authorities everything he kno1 about the Weather Underground and about an international LSD manufacturing ring known as the "Brotherhood of Eternal Love." The Voice says that among the pieces of informa tion Leary is surrendering to Federal authorities are the details of his escape from a California prison four years ago. According to the newspaper, Leary is revealing that a man named Michael Boyd Randall-an alleged LSD distributor-paid $25,000 to the Weather Underground to have Leary sprung from the San Luis ispo prison in 1970. The Voice says that Federal agents are particularly interested in the inner workings of a multi-million dollar international LSD and hash smuggling ring financed by an heir to the Mellon fortune nanied William "Btlly" tlitchcock. Hitchcock earlier this year turned state's evidence and testified against three other alleged accomplices during a San Francisco federal trial. The three men have since been convicted and sentenced to prison. Federal authorities are said to be pumping Leary for additional information on the drug ring and for details of his escape from prison that could lead to the capture of Weather Underground members. Leary is allegedly talking in exchange for an early parole from prison. Leary associates are speculating that Leary may be justifying a decisión to talk on a new philosophy he has adopted: according to sources, Leary believes that no two entities in the universe should keep secrets from one another, and has therefore decided to teil all. The Voice says Leary is being held in solitary confinement in Chicago because pólice believe that certain people he is naming would Iike to silence him.