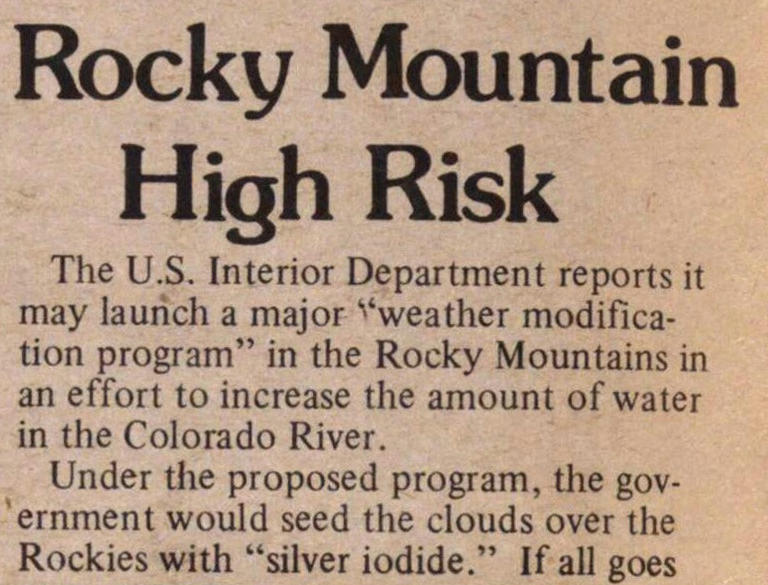 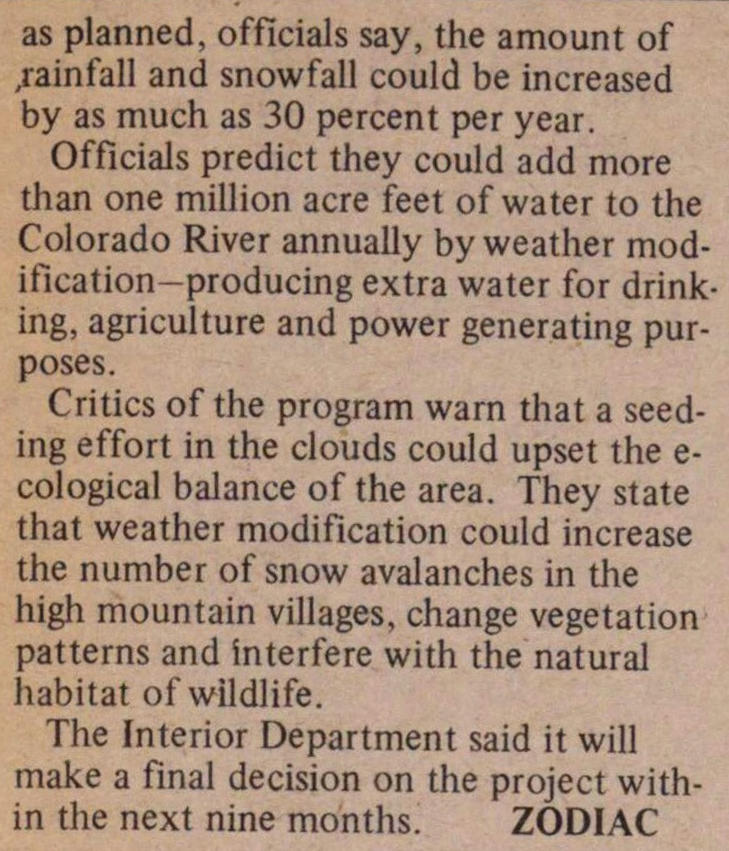 The U.S. Interior Department reports it may laurich a major 'weather modification program" in the Rocky Mountains in an effort to increase the amount of water in the Colorado River. Under the proposed program, the gov'ernment would seed the clouds over the Rockies with "silver iodide." If all goes as planned, officials say, the amount of ,rainfall and snowfall could be increased by as much as 30 percent per year. Officials predict they could add more tlian one million acre feet of water to the Colorado River annually by weather modification-producing extra water for drinking, agriculture and power generating purposes. Critics of the program wam that a seeding effort in the clouds could upset the ecological balance of the area. They state that weather modification could increase the number of snow avalanches in the high mountain villages, change vegetation patterns and interfere with the natural habitat of wildlife. The interior Department said it will make a final decisión on the project in the next nine months.