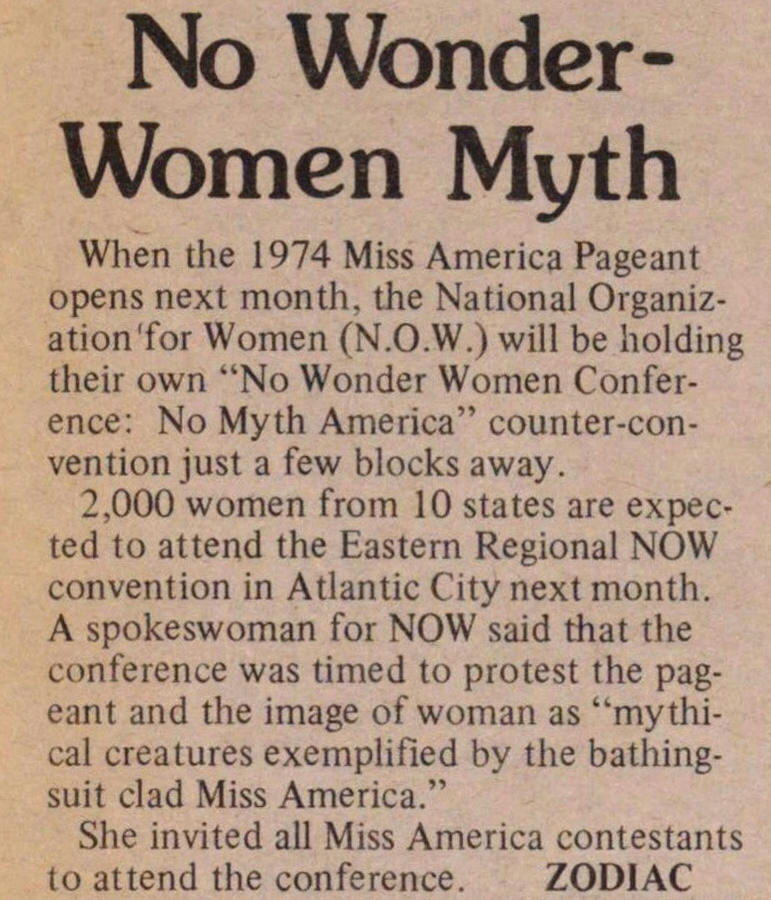 When the 1974 Miss America Pageant opens next month. the National Organization'for Women (N.O.W.) will be holding their own "No Wonder Women Conference: No Myth America" counter-convention just a few blocks away. 2,000 women from 10 states are expected to attend the Eastern Regional NOW convention in Atlantic City next month. A spokeswoman for NOW said that the conference was timed to protest the pageant and the image of woman as "mythical creatures exemplified by the bathingsuit ciad Miss America." She invited all Miss America contestants to attend the conference.