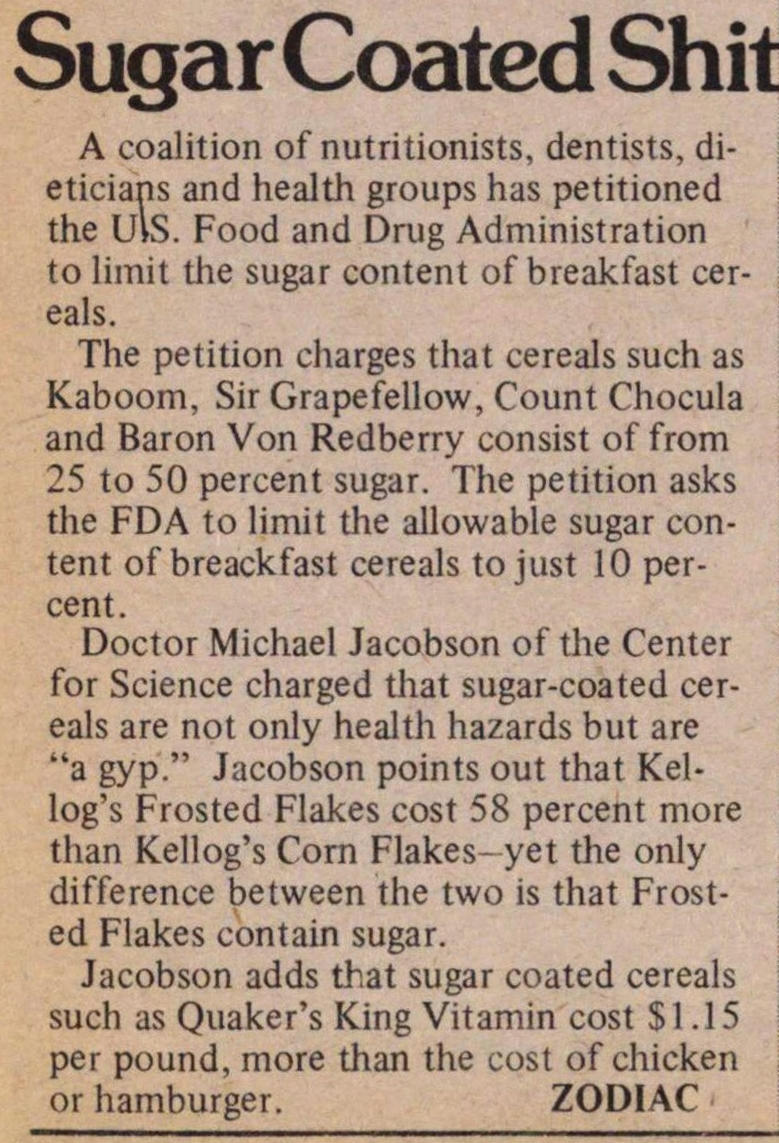 A coalition of nutritionists, dentists, dieticians and health groups has petitioned the U.S. Food and Drug Administration to limit the sugar content of breakfast cereals.

The petition charges that cereals such as Kaboom, Sir Grapefellow, Count Chocula and Baron Von Redberry consist of from 25 to 50 percent sugar. The petition asks the FDA to limit the allowable sugar content of breakfast cereals to just 10 percent.

Doctor Michael Jacobson of the Center for Science charged that sugar-coated cereals are not only health hazards but are "a gyp." Jacobson points out that Kellog's Frosted Flakes cost 58 percent more than Kellog's Corn yet the only difference between the two is that Frosted Flakes contain sugar.

Jacobson adds that sugar coated cereals such as Quaker's King Vitamin cost $1.15 per pound, more than the cost of chicken or hamburger.