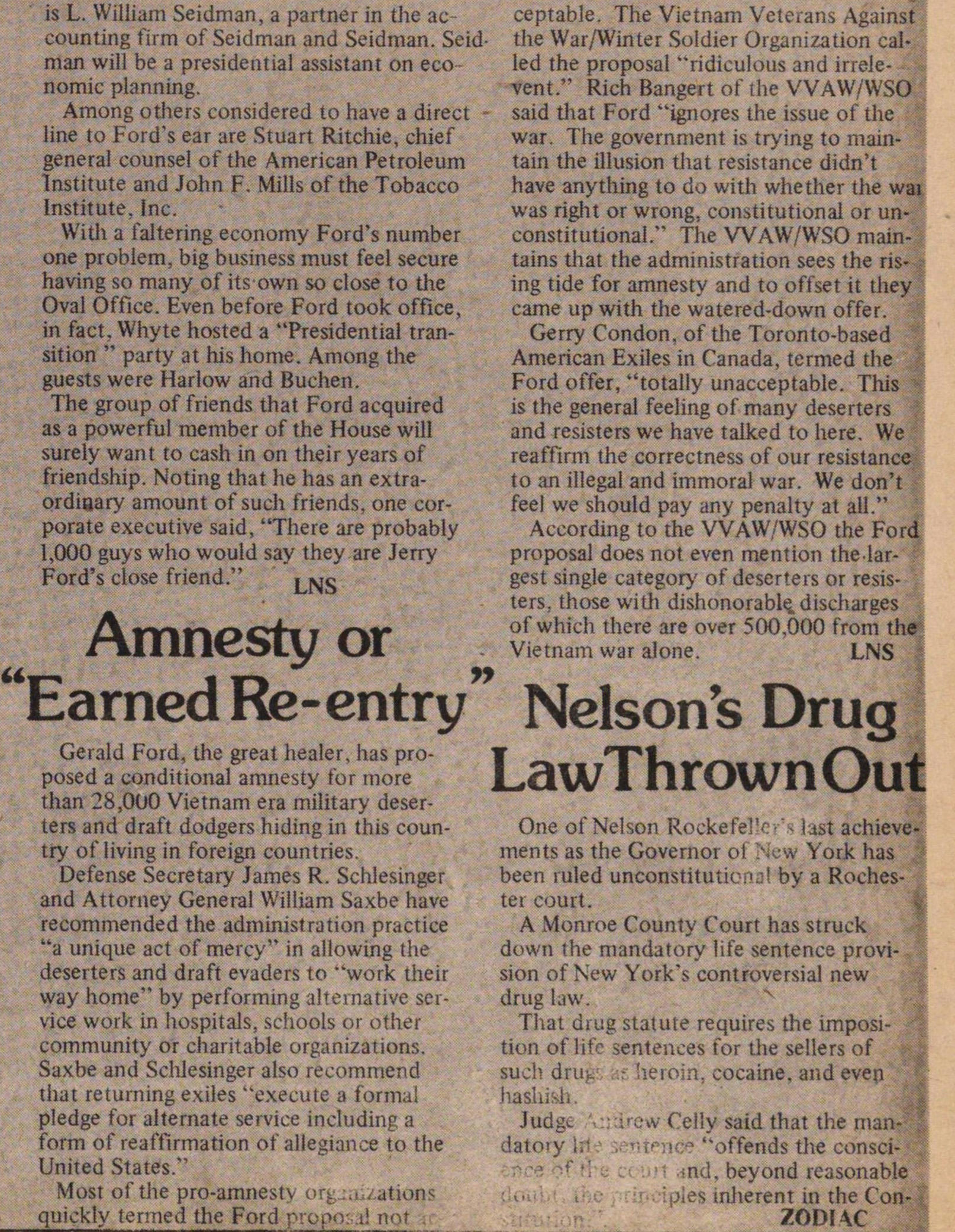 Gerald Ford, the great healer, has proposed a cunditional amnesty for more than 28,000 Vietnam era military deserters and draft dodgers hiding in this country of living in foreign countries. Defense Secretary James R. Schiesinger and Attorney General William Saxbe have recommended the administraron practice "a unique act of mercy" in allowing the deserters and draft evaders to "work their way home" by performing alternative service work in hospitals, schools or other community or charitable organizations. Saxbe and Schlesinger also recommend that returningexiles "exeeute a formal pledge for altérnate service including a form of reaffirmation of allegiance to the United States.'" Most of the pro-amnestv orj uuzations quickly tenned the Ford pvopn: i ceptable. The Vietnam Veterans Against the WarWinter Soldier Organizaüon called the proposal "ridiculous and irrelevent." Rich Bangert of the VVAWWSO said that Ford "ignores the issue of the war. The government is trying to maintain the illusion that resistance didn't have anything to do with whether the wai was right or wrong, constitutional or unconstitutionai." The WAWWSO maintains that the administration sees the rising tide for amnesty and to offset it they came up with the watered-down offer. Gerry Condón, of the Toronto-based American Exiles in Canada, termed the Ford offer, "totally unacceptable. This ! is the general feeling of many deserters and résisters we have talked to here. We reaffirm the correctness of our resistance to an Ilegal and immoral war. We don't feel we should pay any penalty at all." Aceording to the VVAWWSO the Ford proposal does not even mention thelargest single category of deserters or résisters, those with dishonorable, discharges of which there are over 500.000 from the Vietnam war alone.