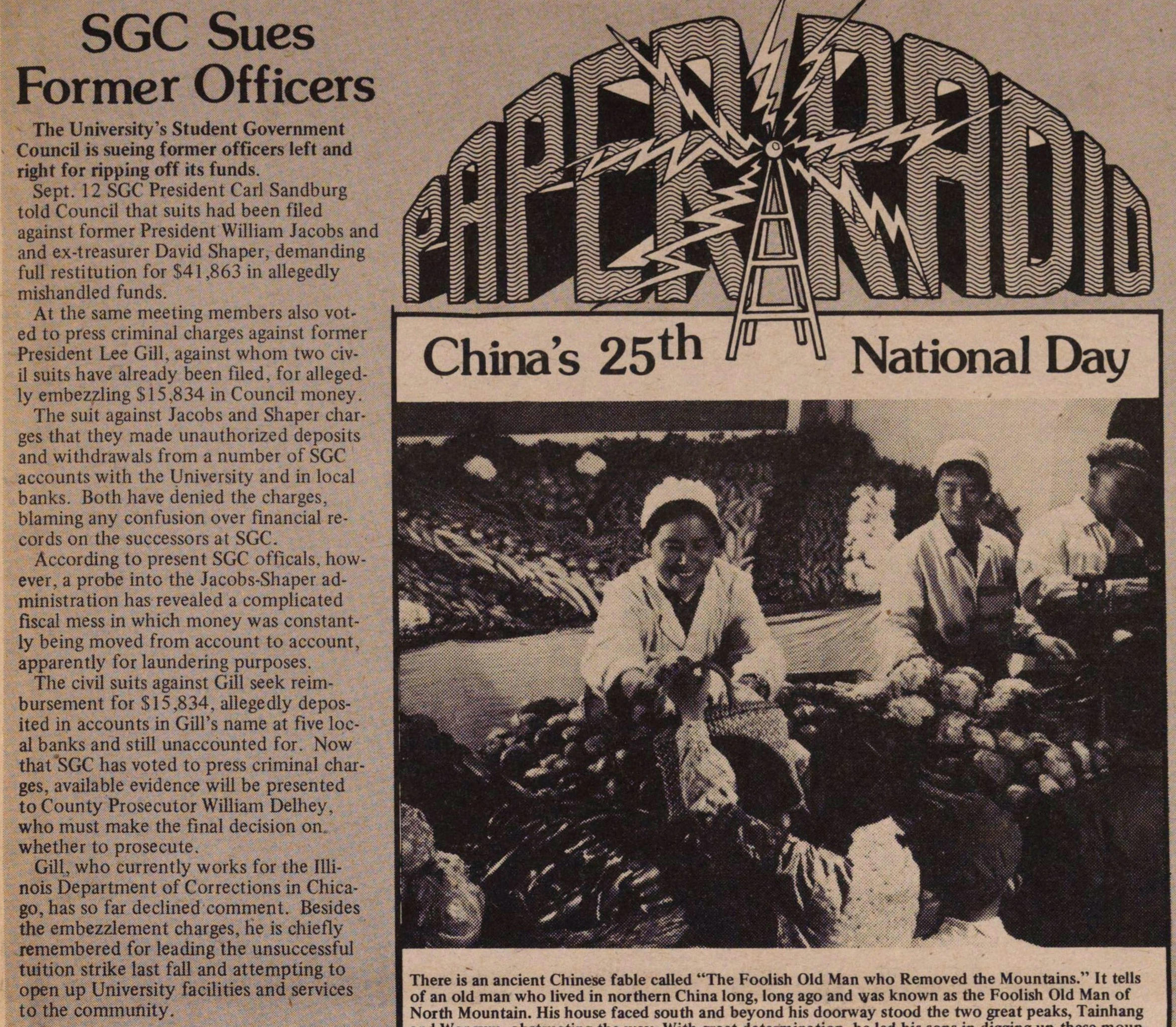 The University's Student Government Council is sueing former offïcers left and right for rippiiig off its funds. Sept. 12 SGC President Cari Sandburg told Council that suits had been filed against former President William Jacobs and and ex-treasurer David Shaper, demanding full restitution for $41 ,863 in allegedly mishandled funds. At the same meeting members also voted to press criminal charges against former President Lee Gill, against whom two civil suits have already been filed, for allegedly embezzling $15,834 in Council money. The suit against Jacobs and Shaper charges that they made unauthorized deposits and withdrawals from a number of SGC accounts with the University and in local banks. Both have denied the charges, blaming any confusión over financial records on the successors at SGC. According to present SGC officals, however, a probé into the Jacobs-Shaper administration has revealed a complicated fiscal mess in which money was constantly being moved from account to account, apparently for laundering purposes. The civil suits against Gill seek reimbursement for $15,834, allegedly deposited in accounts in Gill's name at five local banks and still unaccounted for. Now that SGC has voted to press criminal charges, available evidence will be presented to County Prosecutor William Delhey, who must make the final decisión on. whether to prosecute. Gill, who currently works for the Illinois Department of Corrections in Chicago, has so far declined comment. Besides the embezzlement charges, he is chiefly remembered for leading the unsuccessful tuition strike last fall and attempting to open up University facilities and services to the community.