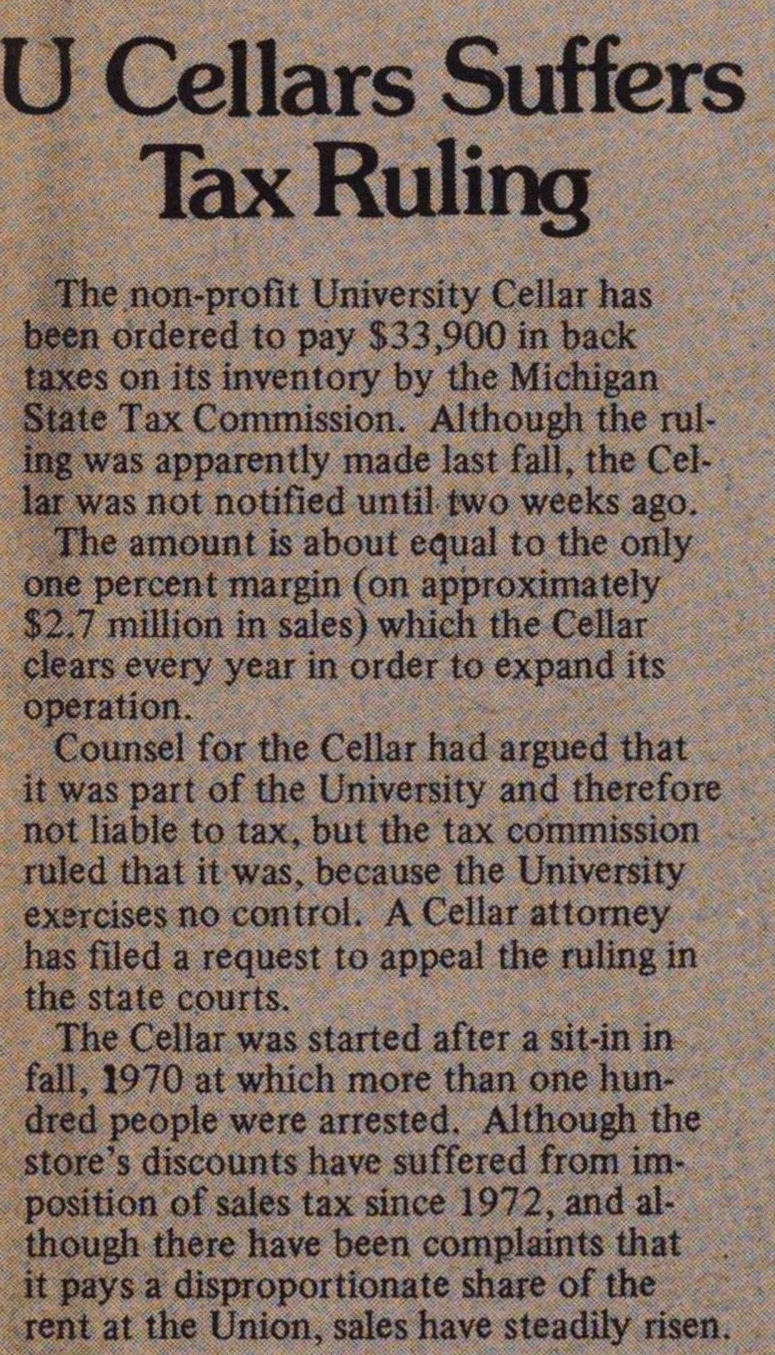 The non-profit University Cellar has been ordered to pay $33,900 in back taxes on its inventory by the Michigan State Tax Commission. Although the ruling was apparently made last fall, the Cellar was not notified until iwo weeks ago. The amount is about equal to the only one percent margin (on approximately $2.7 million in sales) which the Cellar clears every year in order to expand its operation. Counsel for the Cellar had argued that it was part of the University and therefore not Hable to tax, but the tax commission ruled that it was, because the University exsrcises no control. A Cellar attorney has filed a request to appeal the ruling in the state courts. The Cellar was started after a sit-in in fall, 1970 at which more than one hundred people were arrested. Although the store's discounts have suffered from imposition of sales tax since 1972, and although there have been complaints that . it pays a disproportionate share of the rent at the Union, sales have steadily risen.