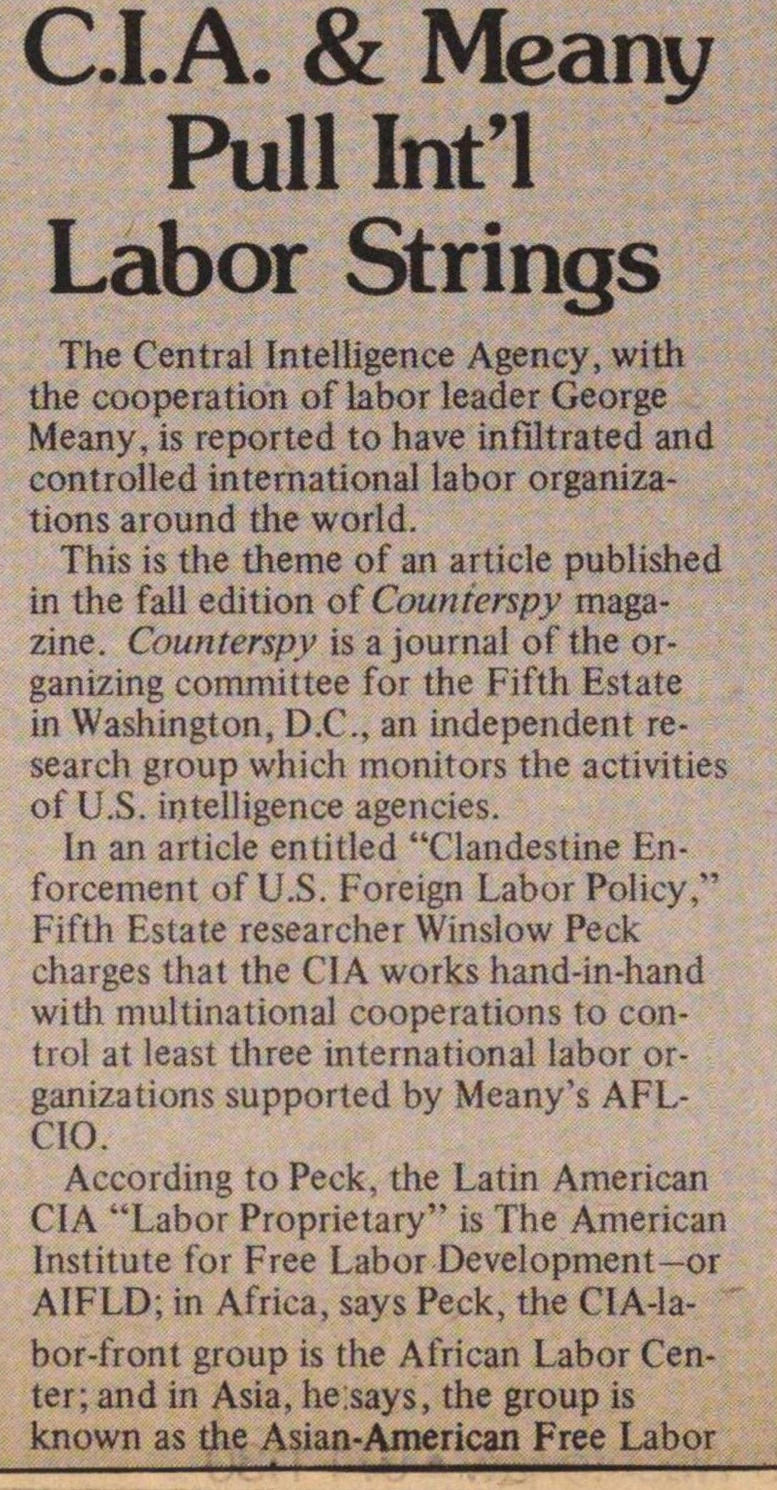 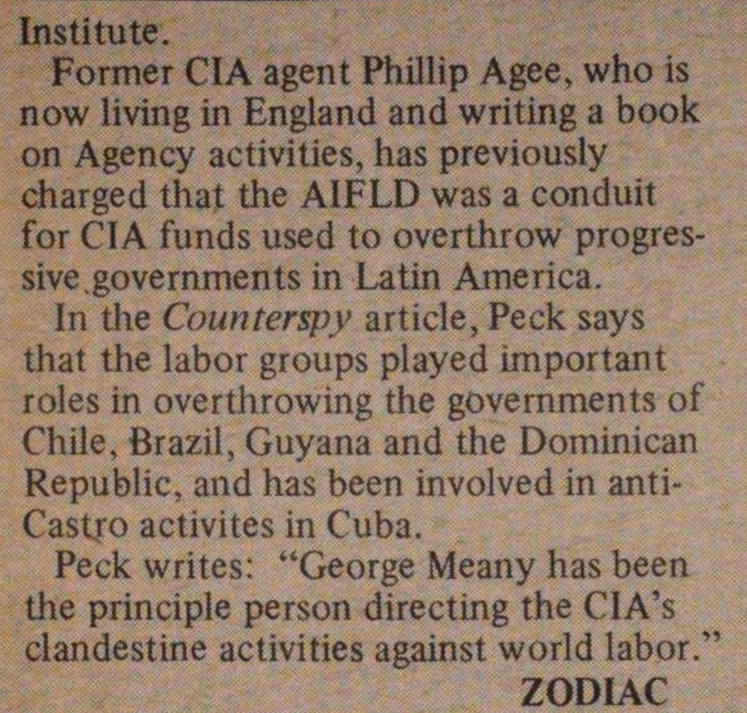 The Central Intelligence Agency, with the cooperation of labor leader George Meany, is reponed to have infiltrated and controlled international labor organizations around the world. This is the theme of an article published in the fall edition of Counierspy magazine. Counterspy is a journal of the organizing committee for the Fifth Estáte in Washington, D.C., an independent research group which monitors the activities of U.S. intelligence agencies. In an article entitled "Clandestine Enforcement of U.S. Foreign Labor Policy," Fifth Estáte researcher Winslow Peck charges that the CIA works hand-in-hand with multinational cooperations to control at least three international labor organizations supported by Meany's AFLC1O. According to Peck, the Latin American CIA "Labor Proprietary" is The American Institute for Free Labor Development- or AIFLD; in África, says Peck, the ClA-labor-front group is the African Labor Center; and in Asia, he;says, the group is known as the Asian-American Free Labor Institute. Former CIA agent Phillip Agee, who is now living in England and writing a book on Agency activities, has previously charged that the AIFLD was a conduit for CIA funds used to overthrow progressive.governments in Latin America. In the Counterspy article, Peck says that the labor groups played important roles in overthrowing the governments of Chile, Brazil, Guyana and the Dominican Republic, and has been involved in antiCastro activites in Cuba. Peck writes: "George Meany has been the principie person directing the CIA's clandestine activities against world labor."