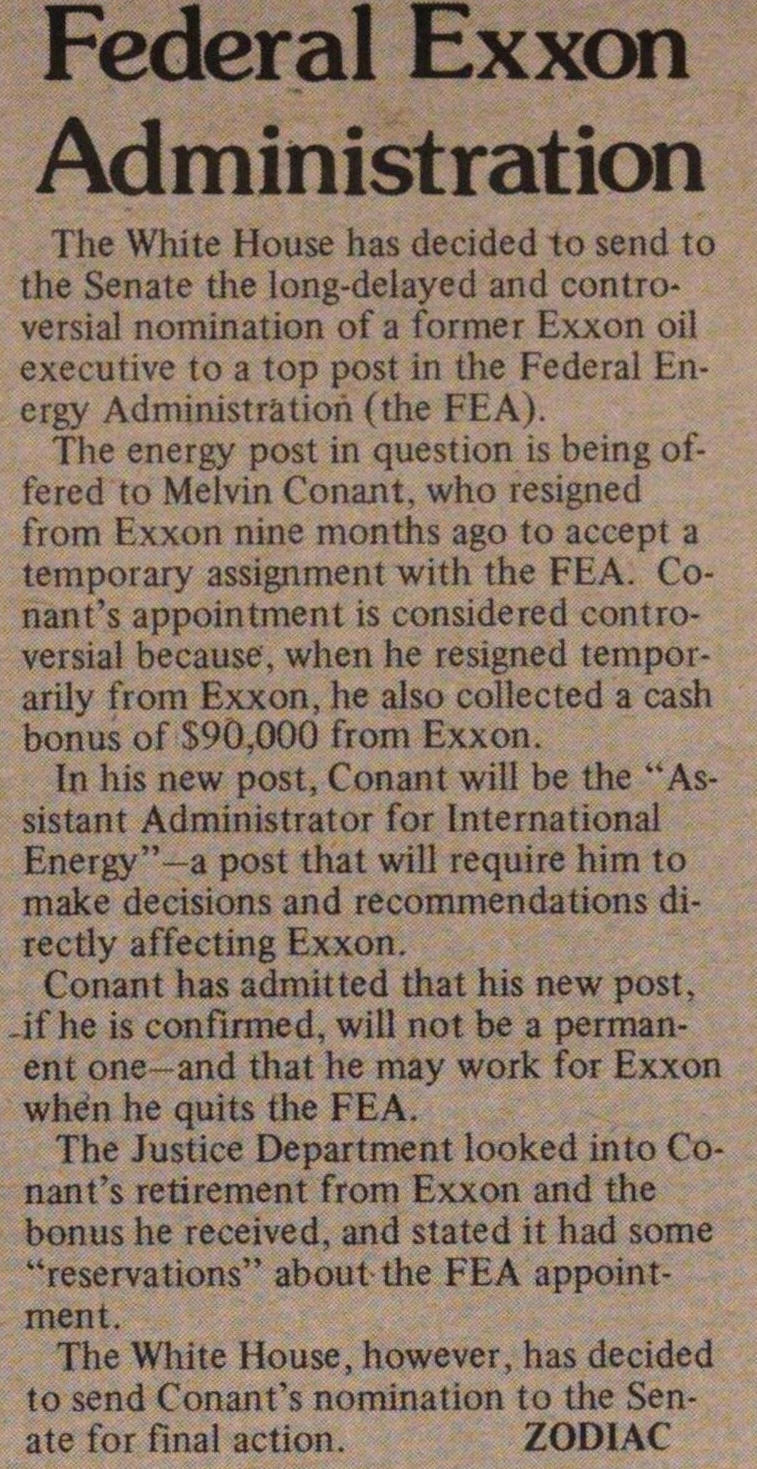 The white House has decided to send to the Senate the long-delayed and controversial nomination of a former Exxon oil executive to a top post in the Federal Energy Administrador! (the FEA). The energy post in question is being offered to Meivin Conant, who resigned from Exxon nine months ago to accept a temporary assignment with the FEA. Conant's appointment is considered controversial because, when he resigned temporarily from Exxon, he also collected a cash bonus of S9Ö,000 from Exxon. In his new post, Conant will be the "Assistant Administrator for International Energy"-a post that will require him to make decisions and recommendations directly affecting Exxon. Conant has admitted that his new post, -if he is confirmed, will not be a permanent one-and that he may work for Exxon whén he quits the FEA. The Justice Department looked into Conant's retirement from Exxon and the bonus he received, and stated it had some "reservations" aboutthe FEA appointment. The White House, however, has decided to send Conant's nomination to the ate for final action.