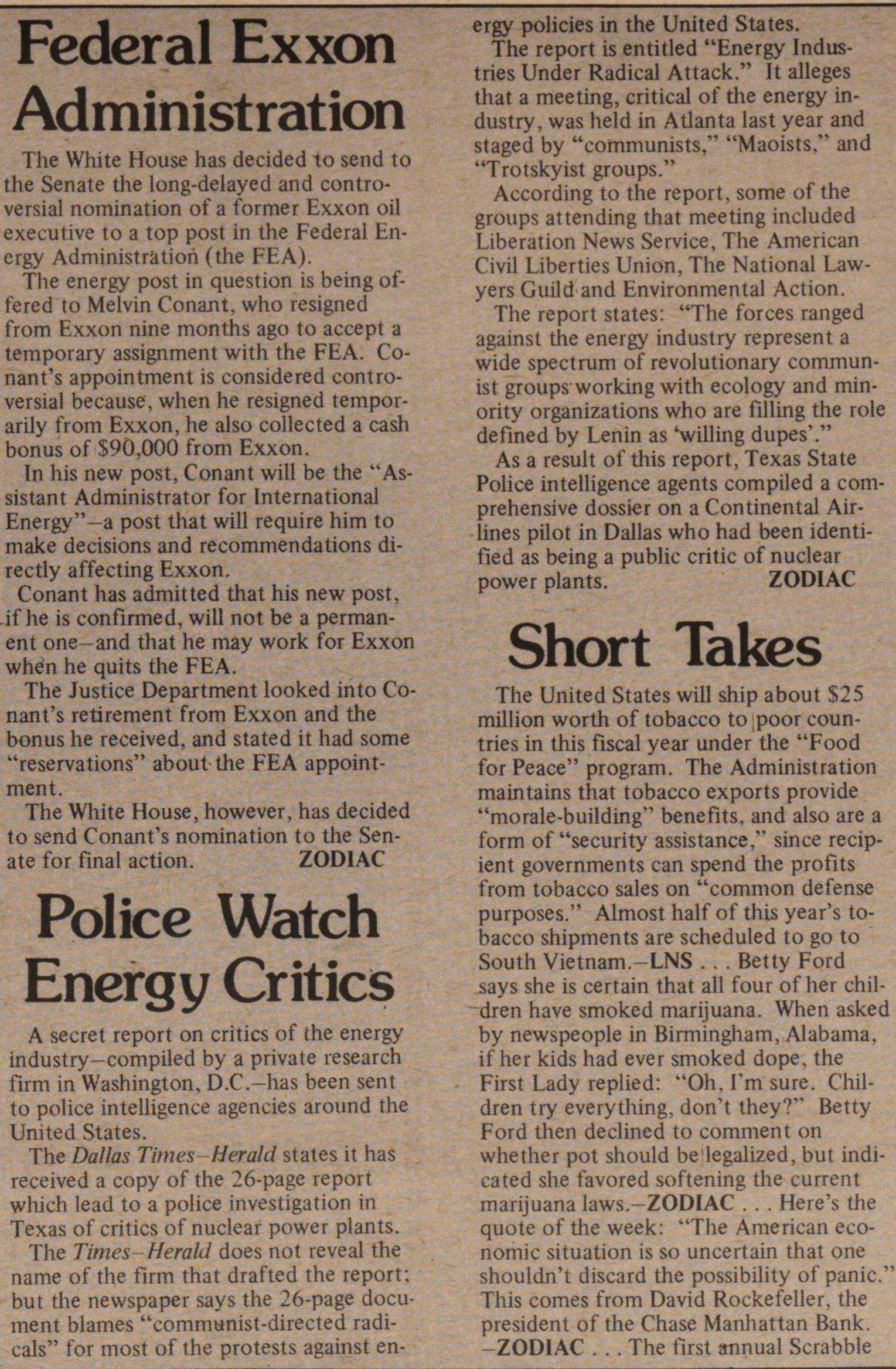 A secret report on critics of the energy industry- compiled by a private research firm in Washington, D.C. -has been sent to pólice intelligence agencies around the United States. The Dallas Times hier ald states it has received a copy of the 26-page report which lead to a pólice investigation in Texas of critics of nuclear power plants. The Herald does not reveal the name of the firm that drafted the report; but the newspaper says the 26-page document blames "commanist-directed radicáis" for most of the protests against ergy policies in the United States. The report is entitled "Energy Industries Under Radical Attack." It alleges that a meeting, critical of the energy industry, was held in Atlanta last year and staged by "communists," "Maoists," and "Trotskyist groups." According to the report, some of the groups attending that meeting included Liberation News Service, The American Civil Liberties Union, The National Lawyers Guild and Environmental Action. The report states: "The forces ranged against the energy industry represent a wide spectrum of revolutionary communist groupsworking with ecology and minority organizations who are filling the role defined by Lenin as 'willing dupes'." As a result of this report, Texas State Pólice intelligence agents compiled a comprehensive dossier on a Continental Airlines pilot in Dallas who had been identified as beine a public critic of nuclear power plants.