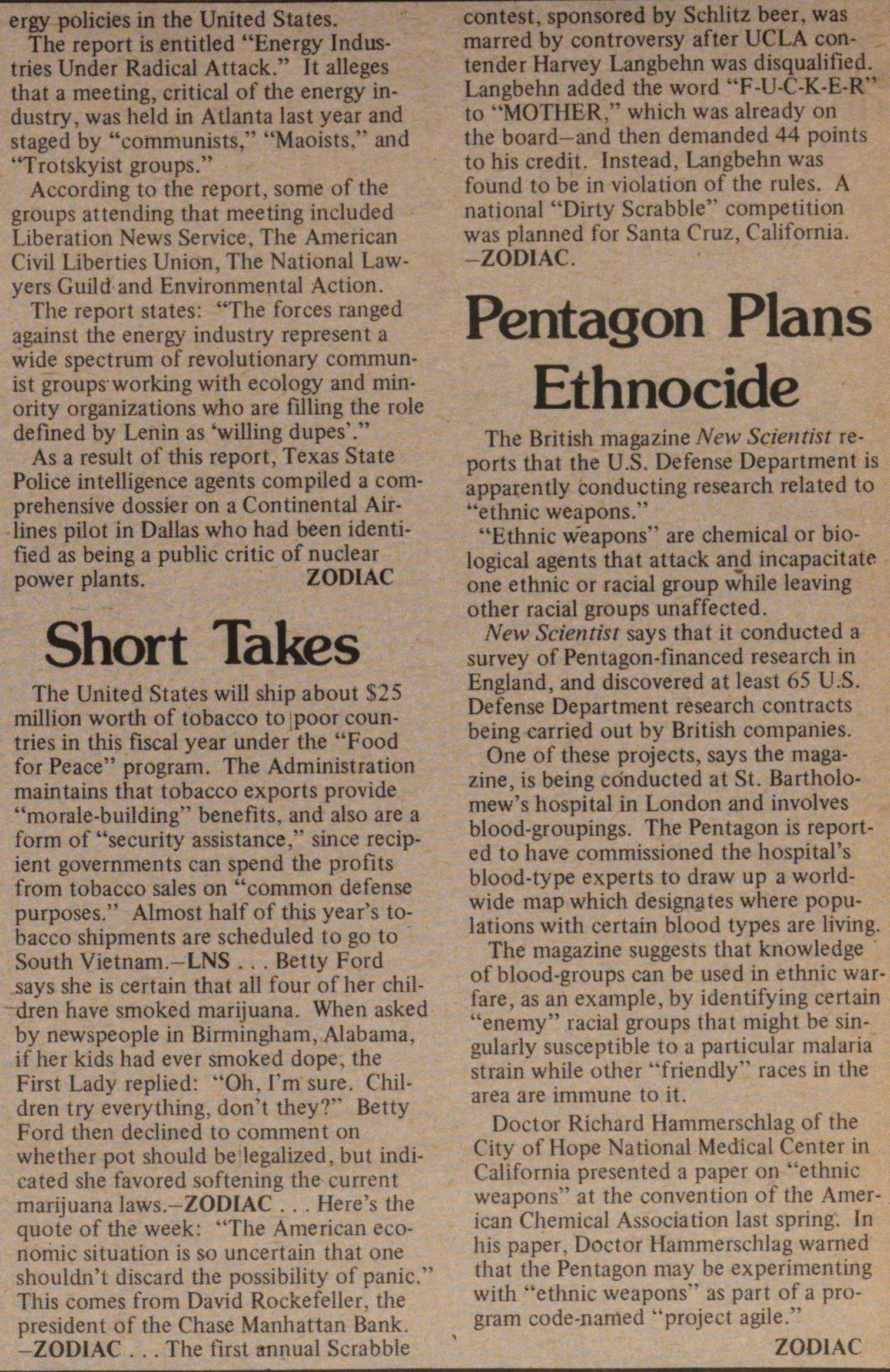 The United States will ship about $25 million worth of tobáceo to ;poor countries in this fiscal year under the "Food for Peace" program. The Administration maintains that tobáceo exports provide "morale-building" benefits, and also are a form of "security assistance," since recipiënt governments can spend the profits from tobáceo sales on "common defense purposes." Almost half of this year's tobacco shipments are scheduled to go to South Vietnam. -LNS . . . Betty Ford says she is certain that all four of her children have smoked marijuana. When asked by newspeople in Birmingham, Alabama, if her kids had ever smoked dope, the First Lady replied: "Oh, I'm sure. Children try everything, don't they?" Betty Ford then declined to comment on whether pot should belegalized, but indicated she favored softening the current marijuana laws.- ZODIAC . . . Here's the quote of the week: "The American economie situation ís so uneertain that one shouldn't discard the possibility of panic." This comes from David Rockefeller. the president of the Chase Manhattan Bank. -ZODIAC ... The first annual Scrabble contest, sponsored by Schlitz beer, was marred by controversy after UCLA contender Harvey Langbehn was disqualified. Langbehn added the word "F-U-C-K-E-R" to "MOTHER," which was already on the board- and then demanded 44 points to his credit. Instead, Langbehn was found to be in violation of the rules. A national "Dirty Scrabble" competition was Dlanned for Santa Cruz. California.