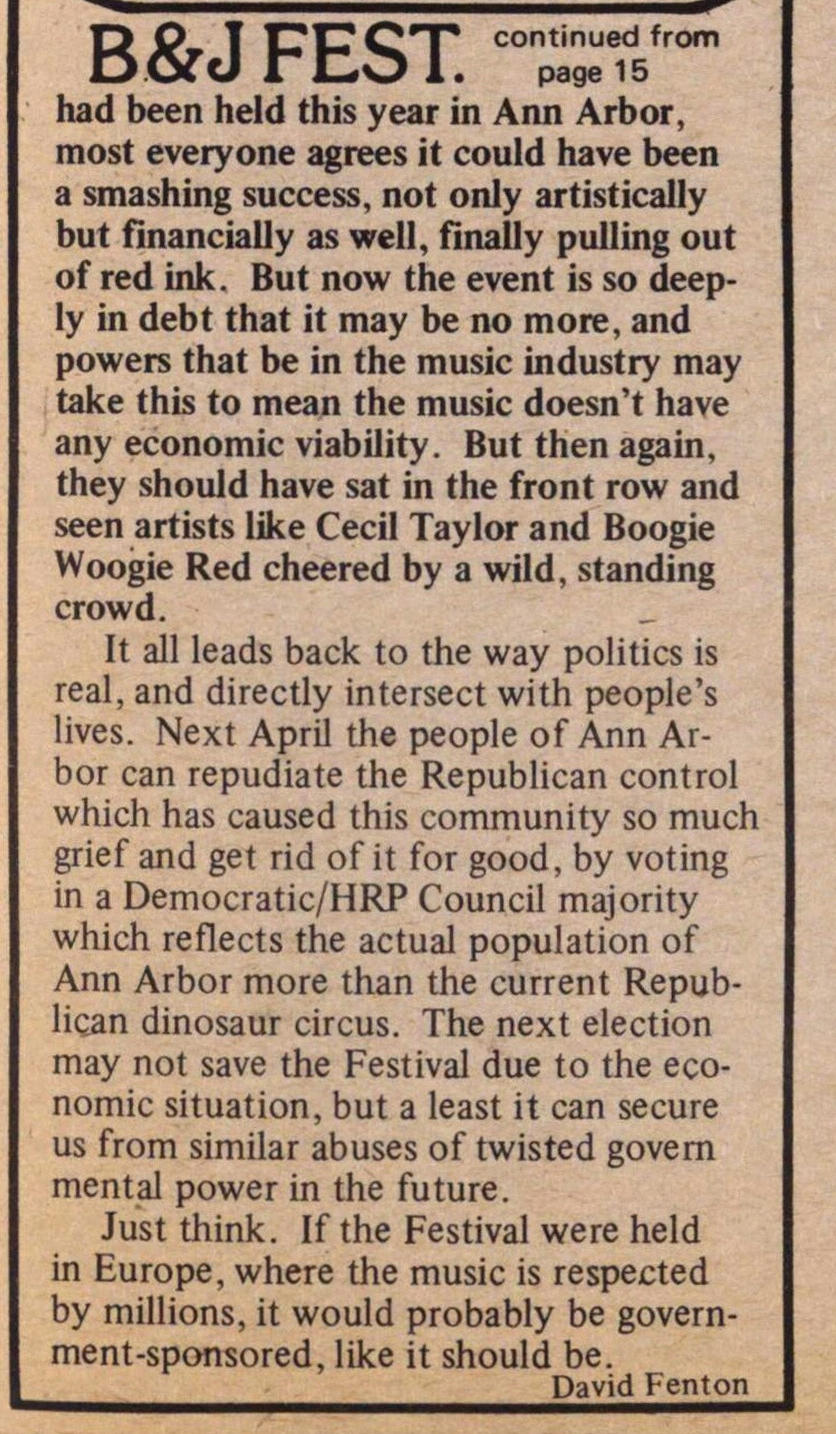 O O f CCCTT continued from DCXÜrLOl. page 15 had been held this year in Ann Arbor, most everyone agrees it could have been a smashing success, not only artistically but financially as well, finall y pull ing out of red ink. But now the event is so deeply in debt that it may be no more, and powers that be in the music industry may take this to mean the music doesn't have any economie viability. But then again, they should have sat in the front row and seen artists like Cecil Taylor and Boogie Woogie Red cheered by a wild, standing crowd. It all leads back to the way politics is real, and directly intersect with people's lives. Next April the people of Ann Arbor can repudíate the Republican control which has caused this community so much grief and get rid of it for good, by voting in a DemocraticHRP Council majority which reflects the actual population of Ann Arbor more than the current Republican dinosaur circus. The next election may not save the Festival due to the economie situation, but a least it can secure us from similar abuses of twisted govern mental power in the future. Just think. If the Festival were held in Europe, where the music is respected by millions, it would probably be government-sponsored, like it should be.